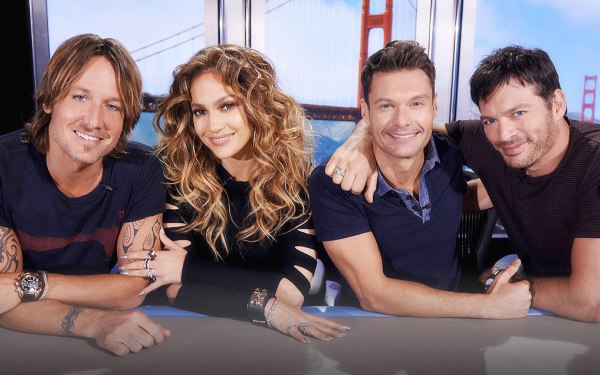 The network announced Thursday morning that it has ordered a Daniels drama pilot called “Star,” which looks at an aspiring girl group. But it won’t be simply “Empire, Part Two,” executives say.

“Like ‘Empire,’ it’s set against the backdrop of the music business but from a very different perspective,” Fox TV Group Chairman and Chief Executive Dana Walden told reporters at the summer TV press tour in Beverly Hills. “It will be set in Atlanta; it’s about three girls who come together to form a band and it’s about their rise to the top in a very challenging business.

“There’s a lot from Lee’s own life that’s baked into the DNA of this project. We’re excited about it.”

Fox has good reason to want to remain in business with Daniels. An over-the-top soap opera set in the hip-hop business, “Empire” was a sleeper smash, a midseason show that, with only modest advance buzz, vaulted its way to the top of the ratings. It will return with 18 new episodes this coming season.

Fox says that an average of 17 million viewers tuned in to each “Empire” episode after the initial telecast. And over a 30-day period, each episode drew 26 million viewers.

“ ‘Empire’ has sent a shock wave of enthusiasm through our company,” Walden said, adding that the show represented “a shot in the arm for broadcast.”

It is a shot that could not have come at a better time for Fox. Before “Empire,” the network was struggling as its once-mighty singing contest “American Idol” experienced huge ratings declines in recent seasons.

Walden and her longtime management partner Gary Newman, who together ran Fox’s successful TV studio for years, took control of the network operations almost exactly a year ago with a mandate to right the ship.

Fox announced that “Idol” would wind up its run at the end of the 2016 season, its 15th. In the meantime, Walden and Newman have ramped up scripted production to fill the holes left by “Idol’s” imminent departure.

“We wanted to start a turnaround at the network by putting in place shows that could be meaningful building blocks,” Walden said. “A year in, we’re feeling pretty good. ... We know there’s still so much hard work to be done.”

Fox executives are taking plenty of other swings besides “Star.”

The network previously announced it has ordered a TV adaptation of the 1980 feature “Urban Cowboy,” a love story set in a honky-tonk nightclub. The original film, an inspiration for the series, starred John Travolta and Debra Winger.

“We’ve just started the casting process,” Newman told reporters. “Some actors are coming in tomorrow, in fact, to read for the show.” The pilot will be shot in September. “We have put it on a fast track,” Newman added, with episodes possibly appearing as soon as midseason.

Fox is also hoping to resurrect some past successes. The network is bringing back “Prison Break,” the thriller that ran on Fox for four seasons ending in 2009, as well as “The X Files,” the sci-fi series that built a cult following over nine seasons ending in 2002. Fox ran a brief clip of the “X Files” reboot at press tour, with an older David Duchovny and Gillian Anderson reprising their roles as agents Mulder and Scully.

Walden and Newman also confirmed that the network extended its deal with celebrity chef Gordon Ramsay, ensuring that “Gordon’s shows will be a part of the Fox schedule for several years to come,” Newman said.

All these moves are designed to ease Fox through its post-“Idol” transition. The network is aiming to give the onetime smash singing show a big send-off.

“We’ve had a few meetings so far” with producers about the final season of “Idol,” Walden said. “They definitely view this as a farewell season, like the farewell tour of a great performing act.

“We’ve talked a lot about how we’re going to celebrate the show, special guest appearances, things that will happen throughout the season that will remind everyone of the great history of this show,” Walden added. “And to celebrate what is ultimately a talent search.”