One in 14 Metro riders has been groped in the past six months, survey finds 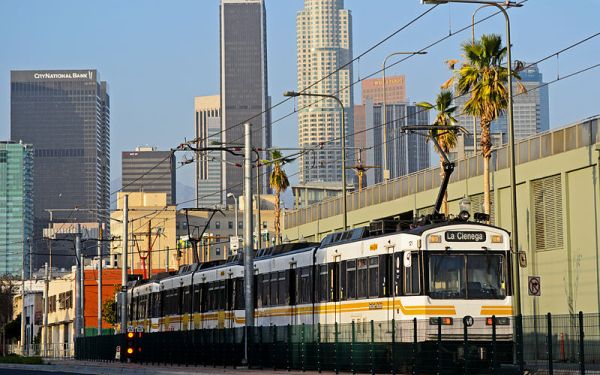 Nearly one out of every 10 Metro passengers has been subjected to indecent exposure while riding public transit in Los Angeles County, and 7% of passengers have been groped or fondled on the bus or train, according to a new survey.

As part of a regular poll of passengers, the Metropolitan Transportation Authority asked nearly 20,000 bus and rail riders in May and June whether they had experienced any form of sexual harassment on transit in the past six months.

About 19%, or 3,760 people, said yes. That's a decrease of three percentage points from last spring, when 22% of riders reported "unwanted sexual behavior."

Metro attributes the decrease to a public awareness campaign launched this spring, aimed at deterring sexual harassment and encouraging riders to report it.

"When you shine a light on something, especially something that's as furtive as these activities, it can discourage it," Metro spokesman Paul Gonzales said. "There's only one thing that's different this year, and that's this campaign."

This is the first time Metro has asked passengers about groping and indecent exposure. The agency added those details to the survey at the request of its Board of Directors.

Data was not immediately available on how many reports of sexual misconduct on the transit system the Los Angeles County Sheriff's Department, which patrols Metro's bus and rail network, received in the first six months of 2015. Last year, agency officials expressed concern that only a fraction of incidents appear to have been reported.

In the past six months, about 14% of bus riders and 17% of rail riders experienced some form of "non-physical" harassment, including sexual gestures and comments, the survey said.

About 7% of bus passengers and 7% of rail riders reported physical harassment, including "unwanted touching, groping or fondling."

About 7% of bus riders and 10% of rail passengers reported indecent exposure, which the survey defined as "exposure of private parts." But, Gonzales said, that term may leave some room for interpretation.

"When you hear indecent exposure, you may think of a creepy guy in a trench coat," Gonzales said. "But we also think we're getting a lot of responses for people who saw someone who was just underdressed. It's really in the eye of the beholder."

In the past year, Metro provided training for all employees who wear a Metro insignia on their uniforms, including custodians and operations staff. That's because passengers who have just experienced harassment will go to the first person they see who looks like they work at Metro, Gonzales said.

"If someone gets off a train and sees someone cleaning up and says, 'I was just groped on a train,' we don't want them to say, 'There's nothing I can do for you,' " Gonzales said. "They've all been trained to help."