FYF Countdown: two weeks to go, too many bands to see 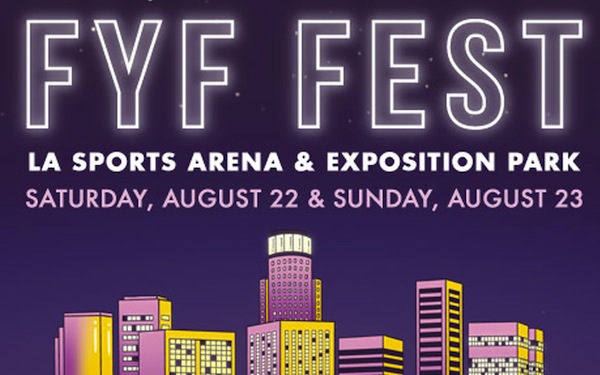 For many of us Angelenos, the turn of August brings about a great sense of anticipation. Yes, summer may be winding down, and hopefully taking the overbearing heat with it, but it also means that a joyous celebration is about to take place. It’s a celebration that has breathed new life into the Los Angeles music scene, not turning its nose up to the small guys or turning its back on the veterans who aim to make a come back. What once was a small event held at The Echo, FYF Fest has since grown to become a full-fledged musical experience at Exposition Park that capitalizes on the spirit of the musical culture that steadily and profoundly pulses through the streets of this city. And now, for the eleventh year, it has once again promised to blow our f*****g brains out with an equally inclusive, yet ear-opening lineup.

And now, it is only two weeks away. With the anticipation high and with such a joyously talented group of artists on the ticket this year, that also means that planning exactly which musicians should earn your precious attention and energy can be wildly overwhelming. So over the next couple of weeks, we want to lend a helping hand and spotlight some of the bands that we think you ought to get groovy to, because the true beauty of FYF is its ability to transcend generic traps, inviting anyone and everyone to soak up the airwaves.

D’ANGELO AND THE VANGUARD

If you’ve never had the pleasure of getting down to some classic D’Angelo tunes back in the mid-90s, then please, for the love of all things funky, use FYF as the excuse to do so immediately. When he released his debut and rather groundbreaking R&B album Brown Sugar in 1995, we all got swept away in his sexy, sultry vocals that would swiftly become a landmark of the neo-soul movement. The wild enthusiasm and attention was a bit much for D’Angelo to take, however, so he left the spotlight for a long hiatus after releasing his second album in 2000. Lucky for us, he couldn’t stay away for long, releasing the astonishingly modern, yet groovy comeback album Black Messiah last December to universal praise. Tunes like “The Door” are a sure fire way to give your swagless self some true grit. Long story short, you’d be foolish to miss out on his set on Sunday at FYF.

Hailing from the small town of Norman, Oklahoma, BRONCHO is a garage-surf-punk trio consisting of Ryan Lindsey, Ben King and Nathan Price, who together create an unmistakably infectious, jumpy sound that is wholly irresistible to get lost in. Their sound is reminiscent of the boyish charms of The Beach Boys mixed with the unruly spunk of The Stooges. It’s in BRONCHO’s playful tracks like “Class Historian” and “It’s On” off their latest slamming album Just Enough Hip to Be Woman that make you feel like you need to stop whatever undoubtedly mundane thing you’re doing and go mess some s**t up… but in good spirit, you know? Hitting the stage on Saturday, BRONCHO’s show is sure to be one that’ll give you energy to last through the festival and on through the coming fall.

THE JESUS AND MARY CHAIN

Three decades after their tumultuous formation, and after many volatile ups and downs, Scottish punk rock band The Jesus and Mary Chain are back to remind us of an old sound that still feels incredibly relevant. Their legacy is laced with infamy, having established a rather disrespectful and often violent name for themselves when it came to live performances. Mics, bottles, equipment of all kinds were chucked at bickering audience members, and at the band in return, so it’s easy to see why they might’ve wanted to part ways for a bit, even despite the success of their music. Tracks such as “Just Like Honey” are infused with the hazy post-punk phase of the 80s that makes you feel like you’re walking around in a John Hughes film being way cooler than you actually are. So we couldn’t be happier that the band members, especially brothers Jim and William Reid, found time to mellow out and come back together in 2007, especially now with their release of Psychocandy Live, celebrating the 30th anniversary of their groundbreaking debut album.

Oh my, miss Melody Prochet. This Parisian lass is everything your chill psychedelic tendencies could possibly desire. Having dabbled with a few other bands for a few years, it was when she partnered with lead singer of Tame Impala, Kevin Parker, to record her debut solo album where magic truly struck the airwaves. Her vocals are lackadaisically engulfing, stringing us along with her mellow air and sometimes even bombastic harmonies. With only one, self-titled full length album under her belt, one that instantly had ears perked the minute it was released in 2012, its hard not to be truly giddy with her promise of a blossoming future. You just need to listen to “Some Time Alone, Alone,” rife with catchy synths and her unpretentious pipes, to understand why she should be on your roster at FYF this year.

FYF Fest will be held on August 22nd and 23rd at Exposition Park. Single Day passes are sold out, but you can still buy Weekend Passes here.