Is streaming a threat to music? Not if musicians have anything to do with it 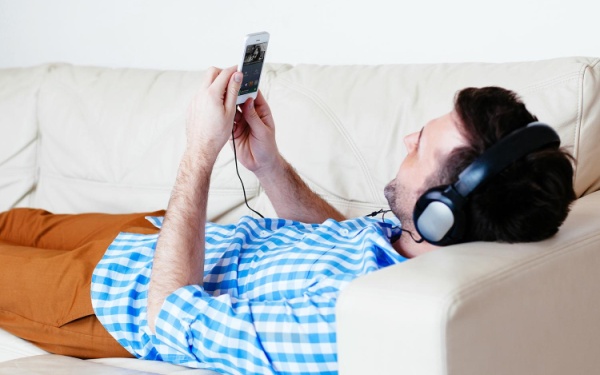 Talk to recording artists, record collectors or various other music mavens, and they will count the ways streaming threatens to decimate music as they know and love it.

There’s the sound quality. On the largest services, it’s perfectly awful. The degree of sonic compression used on the new Apple Music, for instance, produces the audio equivalent of a genetically modified supermarket Macintosh that lacks authentic flavor and texture. The compressed MP3 tracks lack presence and immediacy. On top of that, the widespread wireless way of accessing streamed content limits the amount of crucial music information. Bluetooth, as in dentistry, signifies decay.

Another complaint is the degree to which specialness gets removed from recordings when streamed. For all their access to vast libraries of recorded music, the services seem designed for dummies. Too often, algorithms, not people, make playlists. Nor are smartphones very smart when they sign on to streaming sites, since you don’t get the album notes and frequently not even basic details, such as composer or performer of the piece, of what you are hearing.

Then there is that highly contentious business model. Major artists are treated the way the 18th century royalty treated musicians — as an indentured class. Meanwhile, Silicon Valley or Swedish middlemen frolic with the 1 percent. The concern is not just inequity but a threat to the funding necessary to produce music. Rare, moreover, is it that anyone under 14 has ever spent a nickel on recorded music.

I could go on. Every bad thing anyone has ever said about streaming is probably true. But let’s stop here.

No one is going to reverse the direction of this strong current. The BBC recently reported that in the first six of months of 2015, streaming was up 80 percent over 2014 in the UK, historically one of the most vibrant music markets. Now that Apple is involved, what had been a roaring river is about to become a flood.

So what’s to be done to prevent streaming from turning into a high-tech tsunami wasting the musical landscape? A lot.

It so happens that for all the menace, at least some of what is said in favor of streaming is also true. The riches of the musical libraries found on Spotify, Apple Music, Google Play Music and Amazon Prime Music offer the kind of musical access unimaginable just a few years ago. Music lovers have been dreaming of something this sci-fi for centuries.

The issue with sound quality is readily surmountable. All the above sites use MP3s of varying sizes, even the best offering only a fraction of the musical information found on a CD, which itself has been out of date for a decade. Slow as they have been to catch on, high-resolution audio downloads are vast improvements over the CD standard.

The difference matters. Neuroscientists are beginning to look at how the brain responds to compressed MP3s as opposed to the higher-resolution digital. Early results suggest that with high resolution, the brain’s emotional activity is the same as with live music, while less dopamine, the chemical behind such pleasures as sex, is released when the music files are highly compressed. The reasons, however, for the low streaming standard are, these days, commercial (it’s cheaper to use less bandwidth and more convenient), not technical.

So the thing to remember when it comes to the progress of art (and to technology): Never follow the money, follow the artists. That’s where the creativity and caring lies. Streaming is no exception.

One example is Tidal, a service begun in Scandinavia last year and recently acquired by rapper Jay Z. It offers CD-quality streams. The catalog isn’t quite as deep as Tidal’s larger competitors, but the selection is nonetheless comprehensive in all genres. For the highest-quality sound, which is CD-equivalent, a subscription is $19.99, double what the others charge. But you get what you pay for. Not only do you get sound that is many times better but the site being artist-owned is more responsible in its payment model to the musicians.

While it does make the obligatory suggestions to like the music you already like, Tidal doesn’t egregiously drag listeners around by the nose like musical infants, forcing you to first commit to what you’re into before you can begin listening, as Apple does. Tidal promotes pop (after all, it’s Jay Z’s site), but essentially you do your own research and then search. You don’t get CD notes.

But Tidal is clean and efficient and effective. I found that CDs, played with the same digital processing equipment, do still outshine Tidal hi-fi, but the difference isn’t extreme. Moreover, a $39.95 app just released by the digital audio site Sonic Studio all but bridges the gap. When my free three-month trial is over, I’ll gladly subscribe. If I lost my entire CD collection and had only Tidal, I would miss much, but it wouldn’t be a tragedy.

The other way artists are fighting back is by making their own, better playlists. At least for pop, Apple has brought in knowledgeable DJs, and the occasional actual artist, to make playlists. But as Mikael Wood wrote in The Times last month, that’s what we used to call radio. And if you want radio, why not try the BBC, the best radio that the world has ever known (although currently under threat from the David Cameron administration), which actually streams at a higher sampling rate than Apple uses.

While the trend is not new, making interesting connections among a wide mix of music has become commonplace among inquiring performers, and the access streaming provides is clearly opening vistas for them. Interestingly, young artists are fighting streaming by releasing CDs with fresh and unusual programs as a way of getting noticed. The recordings may wind up on streaming sites as well but with the notes giving the music crucial context and, other than at Tidal, in severely compressed sound.

Teng Li, the principal violist of the Toronto Symphony, got interested in what the viola landscape was like in 1939, the year Hindemith wrote one of the more important sonatas for her instrument. A terrible year, the German composer was on the verge of immigrating to America, and Li has surrounded Hindemith’s Viola Sonata with a moving collection of works by two less fortunate Jewish Czech composers — Viktor Ullmann and Gideon Klein — who died in Auschwitz; a score by Joseph Jongen who fled to England when the Nazis arrived in Belgium; and a short piece by Hua Yanjun from Li’s native China, also war-torn in 1939.

Pianists lately tend to come up with intriguing thematic collections that often include obscure pieces and/or composers worth attention. That’s the case with Janice Weber’s “Seascapes,” a recital of watery piano music that includes an early Impressionist work by the French Russian Marcelle de Manziarly, who became a contemporary and pal of Aaron Copland and who lived her last years in Ojai, dying in 1989.

There is also actual play-listing going on now with CDs. But if you want to know what all those curious numbers are on the Kronos Quartet’s sublimely eclectic “A Thousand Quartets,” you need the physical CD. The streaming sites give only the title, not composer. The Arditti Quartet has done something similar with more Modernist music in its new “The Rest Is Silence: Music of our Time.” The Keller Quartet strings slow string quartet movements together in its meaningfully meditative “Cantante e Tranquillo.”

Michael Tilson Thomas’ “Masterpieces in Miniature” with the San Francisco Symphony is full of small pieces. Many seem minor. But the selection is so personal and the performances are so exquisitely realized that the result is like a Joseph Cornell box, making even the trivial transcendent.

The box is an analogy that holds. Sometimes you need, if not the container, at least the context. Without Tilson Thomas’ personal booklet note or the fabulous sound of this recording in high resolution you miss the magic.

This reminds us that many who became obsessed with music did so as record collectors. The “box” won’t go away completely, as the resurgence of vinyl shows. But the fetishizing of recordings has always also had its downside. Too often the music became for collectors the physical object to be listened to the same way over and over again, freezing the musical experience. Now every time you listen to Beethoven’s Fifth Symphony it can be something newish and different, with hundreds of interpretations readily available.

Where streaming will eventually lead us, we cannot know. Like nuclear power, it can be used for the benefit of society or as a means for apocalypse. Everything depends upon who is in control. Trust the artists.