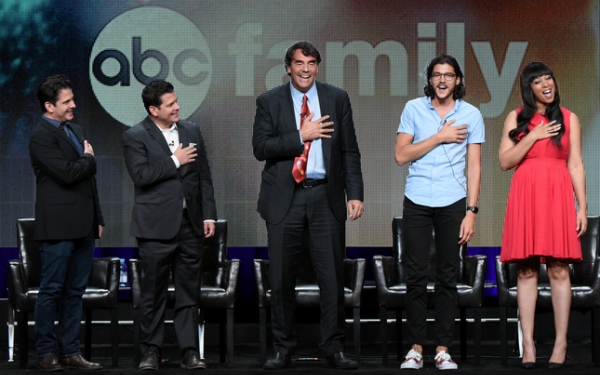 "Startup U," a new reality series premiering on ABC Family (10 p.m. Tuesday) follows 10 young adults as they go through a seven-week program at the school to learn the fundamentals of launching a startup company. The people behind the show call it "Shark Tank" for Millennials.

It's not hard to see why producers would think Draper University might make for good television. The school takes a very offbeat approach to its lesson plan. How offbeat? In the opening episode, Draper informs the business-minded students that they need to be ready to take a "big step into the unknown." Then he plunges -- fully clothed -- into a swimming pool.

"When I started Draper University, I realized schooling needs a complete transformation," Draper said in an interview conducted at the Television Critics Association press tour. "I changed everything. We teach future instead of history. Everything is team-based. There are no letter grades. ... We even have urban and rural survival training."

Draper, who sees his role as being "something between Professor Xavier and Willy Wonka," says the whole idea behind his approach is to prepare students for a rigorous journey through a highly competitive marketplace.

"Some people think it's easy. It's not easy," he says. "The thing we try to teach them is that startups come from the heart. You have to really love it and want it to happen because the things you're going to have to go through are going to be very difficult. You have to be ready to fail."

Draper, a San Francisco native who hold degrees from Stanford and Harvard, says that some 400 students from around the globe have gone through the program, launching 220 companies and scoring $22 million in support from himself and other investors.

Viewers of "Startup U" will see the students as they encounter "hard truths, tough lessons and plenty of drama" while preparing to present their ideas to a panel of hungry venture capitalists. Most of students, Draper says, "are doing really great things," but a couple of them are "a little lost in the program." As for having a camera crew on campus, the distractions were minimal.

"Actually, I think people worked at a higher level because they knew the cameras were running," he says.

This is not Draper's first run-in with television. His sister Polly starred on the ABC drama "thirtysomething" and later created the Nickelodeon series "The Naked Brothers Band" -- a show on which Draper had a guest role as a school principal.

"Startup U," he claims, has the potential to inspire, as well as entertain.

"This is the real deal. It's not a game show," he says. "I think some people will watch it and say, 'Wait a minute. I can change the world.'"