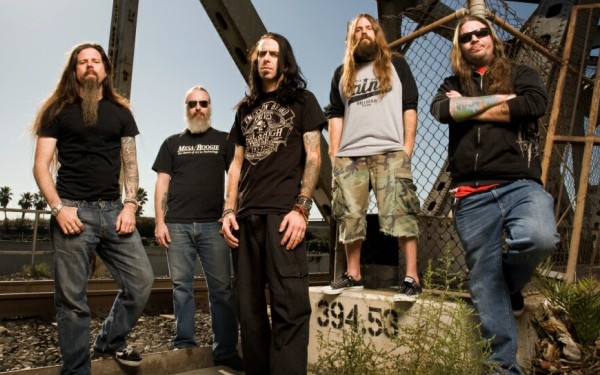 Ranking somewhere near the top on the list of major band setbacks — a list that would include things like creative differences and member in rehab — is “singer in Czech Republic prison on a manslaughter charge.”

Anyone who follows metal knows that was Lamb of God’s situation when singer Randy Blythe was detained in 2012, charged with causing a fan’s death two years earlier by pushing him off the stage.

He was held for five weeks before being released on bail, pending a trial, forcing the Richmond, Va., band to cancel its tour plans. The singer returned for trial and in the end was declared morally responsible for the fan’s death but acquitted on the charges. The court placed the blame on the promoters and security for allowing the fan to be on stage. Part of Blythe’s defense was that the nearsighted singer believed it to be the same fan who had previously jumped on stage and grabbed him.

Throughout the process Lamb spent long stretches off the road and depleted its funds, spending half a million dollars in legal fees, according to an interview with drummer Chris Adler in The Virginian-Pilot. Last year, the band rallied to record a new album, “VII: Sturm und Drang,” which just debuted at No. 2 on the album chart.

Given the rough couple of years, there had to have been doubt about an eighth Lamb of God album ever coming out.

“I don’t know that I thought that far ahead when everything was going down,” says bassist John Campbell. “I definitely wondered for a time if Lamb of God had played its last show. And we hadn’t even begun to think about this record at that point, but being in this position now I’m very thankful that in a tragic situation things have worked out for the best.”

“VII: Sturm und Drang” (German for “storm and stress”) is an aggressive, rage-filled metal record, but that’s nothing new for Lamb of God. Asked if the experience fueled the energy on the album, the bassist says, “I wouldn’t say so. I don’t think there is any way to not have an experience like that shape your perspective on things. And then when the time comes to make music, the person that you are is the person making that music if you’re making music that is true to yourself. But I don’t think it was necessarily a well that was tapped for the record outside of a song or two that Randy wrote about his actual experience of being in prison.”

Two songs early on the album relate to the singer’s dark days in the basement dungeon of Pankrac Prison. “Still Echoes,” which begins the album with the line “A thousand heads cut clean across their necks right down the hall from me,” relays the prison’s horrific history where the Nazis executed Czechs with a guillotine that remains on site as a memorial.

“512,” named for the number of his cell, is more specific to his mindset during his time there: “Six bars laid across the sky/Four empty walls to fill the time/My hands are painted red/My future’s painted black.”

Of course a lot of these words are not easily accessible with Blythe’s distorted monster growl, so printed lyrics are helpful.

“I guess it depends on the ear,” the bassist says. “Obviously, some parts are enunciated and easy to hear, but I think that’s something that’s gotten better over the years as we’ve all gotten better on our instruments.

He adds, “There are definitely people I listen to who I’m not sure what their lyrics are. There’s definitely misheard lyrics from my ear of people I’m fans of, and I appreciate looking at lyrics. I was listening to Die Antwoord for a while, which they rap in Afrikaans mixed with English, so I’ve definitely followed them along on the lyrics.”

Sonically, the bassist says, “I think we have consistently on every record pushed ourselves to be better than we had on the last release, and I think on this record we continued to do that. We always try to stretch ourselves to find new colors for the palette.”

The current trek promoting the album is the summer’s “other” major metal tour, following on the heels of the troubled Rockstar Energy Drink Mayhem Tour with Slayer that has struggled to draw crowds. It prompted Mayhem/Warped founder Kevin Lyman to condemn the metal genre for chasing women away as it has gotten “gray, fat and bald.”

Asked for his thoughts on Lyman’s comments, Campbell says, “I’m not one to get caught up in little (expletive) matches through the media, but as a guy who is a little bit fat, who is balding and gray, on this tour, I think I saw a butt in every seat last night. It doesn’t seem to be affecting this tour. I think he was just looking for something to blame for the failure of his business, and it was a stupid thing for him to say.”

In terms of the slow turnover of headliners in the metal industry, he says, “Slayer’s been kicking around for a little bit. We’ve been around for while. It’s been a slow build for us; we started at the end of ‘94. We’ve been fighting our way to the top, just waiting for the dinosaurs to go out to pasture.”