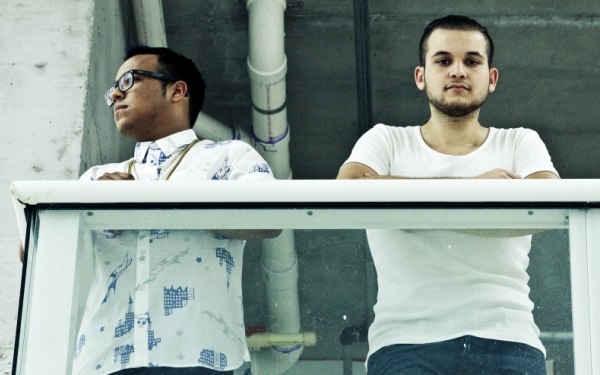 Monster Energy and Idol Roc Entertainment announce GTA to headline the fall electronic leg of the Monster Energy Outbreak Tour with support from XXL Freshman K-Camp as well as electronic dj/producers Sweater Beats & Wax Motif. The tour kicks off in Charlotte, NC on November 5th at Amos Southend and closes in Los Angeles on November 28th at The Palladium.

GTA is comprised of Miami natives, Julio Mejia and Matt Toth, who pride themselves on being genre-eradicating tastemakers within the industry. Formed after a happenstance introduction on Facebook, the duo’s first production together began garnering the attention of EDM heavyweights such as Laidback Luke, Diplo, A-trak and countless others. Since their inception, GTA’s development has been constant across all genres in electronic music and now sees them breaking into all spaces of dance, hip-hop and pop music.

In 2013, GTA was asked to provide direct support for Rihanna on her 5-month Diamonds World Tour for the European, Australian, Asian and African portions, playing over 60 shows on 5 continents and captivating hundreds of thousands of fans. Seizing the momentum, they were selected to open on the UK Greater Than Tour with dance music titans Tiesto and Calvin Harris later that same year. The duo has also performed at some of the most iconic U.S. festivals including Coachella, Lollapalooza, Ultra Music Festival and Electric Daisy Carnival, to name a few. Most recently, GTA released their EP DTG(Death To Genres) Vol. 1; and earlier this year dropped collabs with Flosstradamus, Lil Jon & Martin Solveig, respectively.

“We’re beyond excited to embark on our first headlining bus tour. Bringing a rapper like K Camp together with electronic acts like our homies Sweater Beats & Wax motif is such a unique opportunity to give fans an amazing experience and really let people see and hear what ‘Death To Genres’ means to us! Another added benefit of doing a bus tour is we finally get to bring our own custom production and pair the visual aspect of the show with our music in the way we’ve always envisioned. This tour is really going to be something and we could be happier to with team that’s been assembled to bring this life.”-GTA

Tour producer Steve Glazer stated “We were fortunate enough to have GTA perform at our first ever house at SXSW and they were easily a fan favorite of the weekend. They embody the Outbreak Tour perfectly by aiming to create their own lane in the industry.”

About Outbreak Tour:
The Monster Energy Outbreak Tour has become a consistent tastemaker in music since 2011, discovering and showcasing emerging artists across the College, EDM, Hip-Hop and Rock genres. Eclectic artists such as Iggy Azalea, Macklemore, Kendrick Lamar, The Chainsmokers, 3LAU and Carnage have all been featured on the Monster Energy Outbreak Tour platform and subsequently risen to stardom. Rapidly expanding to a multitude of music genres, Outbreak went on to add a Country tour and an event at SXSW this past year. Looking ahead the Outbreak Tour will continue its evolution of this concept by diversifying into various genres and sub-cultures beyond music to continue providing aspirational fans the opportunity to discover what's next.
outbreaktour.com || facebook.com/OutbreakTour

About Monster Energy:
Most companies spend their money on ad agencies, TV commercials, radio spots and billboards to tell you how good their products are. At Monster Energy, we chose none of the above. Instead we support the scene, our bands, our athletes and our fans. We back athletes so they can make a career out of their passion. We promote concert tours, so our favorite bands can visit your hometown. We celebrate with our fans and riders by throwing parties and making the coolest events we can think of a reality.
monsterenergy.com || facebook.com/monsterenergy