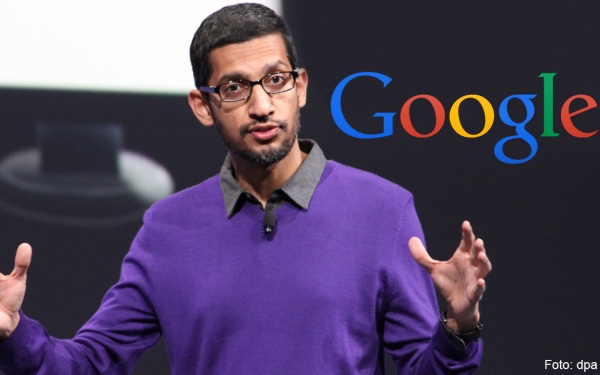 It's no secret that parents in India urge their kids to excel in math and science, believing that it's the clearest path up the social ladder.

But education is only part of the reason Indian immigrants are reaching the top executive ranks at major U.S. corporations — most recently Google Inc.'s appointment of Sundar Pichai this week to chief executive. That followed Microsoft Corp.'s promotion of Satya Nadella to CEO last year.

Along with Indian immigrants leading companies such as Adobe Systems, Nokia, Global Foundries and Mastercard, Pichai and Nadella are evidence that a generation of Indians has benefited from upbringings in a culture that, at its best, values humility, close-knit family ties and respect for all walks of life, according to cultural experts and Indian executives themselves.

Such traits are highly valued in the corporate suite, not just in the U.S. but at any global corporation.

Mix in India's ongoing cultural chaos, which, for those who survive it, offers real-life lessons in cooperation, teamwork and leadership, and experts say it makes sense that executives might emerge, capable of steering a sprawling workforce through rapid change.

"A very strong educational base and technical skills are key to many parts of the tech ecosystem," said Silicon Valley venture capitalist Vinod Khosla, who co-founded Sun Microsystems. "Strong entrepreneurial skills and work ethic ... and growing up and dealing with scarce resources give the Indian community an advantage."

It's not just top executives, either. There are 89,000 Indians living in Silicon Valley, according to the Migration Policy Institute, with most of the families involved in the tech industry. Another 86,000 Indians live in San Francisco and Oakland.

Many have jumped into the start-up economy. Vivek Wadhwa, who teaches at Stanford and Duke universities and has studied Indian American entrepreneurs, found that by 2012, nearly 16% of start-ups in Silicon Valley had an Indian co-founder even though Indians represented just 6% of the region's population. The figure for Indian start-ups is even higher in some areas, such as business software.

Venktesh Shukla, a venture capitalist and president of the Silicon Valley networking group the Indus Entrepreneurs, said even in the smallest of villages, Muslims live next to Hindus and white-collar professionals next to weavers. Languages, dress and hobbies diverge. Shukla said they were taught to see the "different" people as neither superior nor inferior.

"Treating people with respect comes very naturally to Indians," he said. "People from homogenous societies need that as an acquired skill."

The respect showed through small gestures when running his own software start-up, Shukla said. He'd offered his ear especially to employees who weren't talking much. He kept decision-making open-ended in favor of blanket policies. It added up to more viewpoints and greater success, he concluded.

Last year, Nadella was the first male CEO to address the annual Grace Hopper Celebration for Women in Computing. He committed a self-admitted goof onstage, saying women shouldn't ask for raises but rather trust that they will come their way.

He acknowledged later that imputing his own experience to others was "insensitive."

It's the same mix of humility and respect that keeps Naghi Prasad in the office until midnight some days even though he doesn't have a deadline bearing down. His father had been a linguistics researcher who emphasized that when he asked his team to work, he did too.

"He wanted me to lead by example, to walk the walk," said Prasad, who recently sold his Silicon Valley ad tech company to Rakuten Marketing and became its senior vice president for mobile.

Staying behind as a show of support also demonstrates what he saw in a large Indian family: The success of individuals is crucial to the success of the family, so it's important to acknowledge the work of others.

Balancing respect with the Silicon Valley ethos of going all out to succeed isn't easy. But Indian tech leaders said they think expertise on both fronts gives them an edge, that competitive drive emerges naturally in a country with a billion people and limited opportunities.

Unlike the people in some cultures, Indians learn to challenge authority, a legacy of the country's fight for independence from Britain. Indians learn English in school, and because the best-educated speak it fluently, they assimilate well into global-oriented businesses, where English is the primary language.

All these advantages belong to the cream of the crop, in a country deep in poverty and beset with enormous social problems, of course.

"You don't leave behind a middle-class existence to become dirt," Wadhwa said. "They are the top 1% of India, and now you put them in the fertile ground of Silicon Valley and you have the magic."

With more U.S.-educated Indians choosing to return to India to start companies, there's concern a brain drain might cause the Indian influence to wane. Several start-ups in India have surpassed $1-billion valuations on the private market, and they're poaching some top Silicon Valley executives.

But the Indians who stick around have one trend to be excited about. Smart technology leaders with enough business sense are increasingly being elevated in companies, giving a leg up to Indians who traditionally have fewer sales and marketing skills. That's part of why Pichai quickly rose up through the ranks at Google over the last 11 years. Shukla called it a tribute to Google and Microsoft that Pichai and Nadella had reached the top positions.

"They are relentless in identifying talent in early stages of their careers and providing opportunities for people who are so different to end up at the top," he said. "It's a reflection of the meritocratic cultures of these companies."

There's another positive sign too. About a third of the 2 million people in the Indian diaspora in the U.S. are children of immigrants, according to the Migration Policy Institute.

Wadhwa worried a decade ago whether the next generation would be as successful, but he's realizing as his son's generation nears its 30s that they are on a path to be strong performers. Success stories include Indian born but Toronto-raised Apoorva Mehta, who's grocery delivery start-up Instacart has been valued at more than $2 billion by its investors.

"The second generation has the best of both worlds," Wadhwa said. "They have my values yet all the American advantages. They can achieve the same as my generation at much younger age."