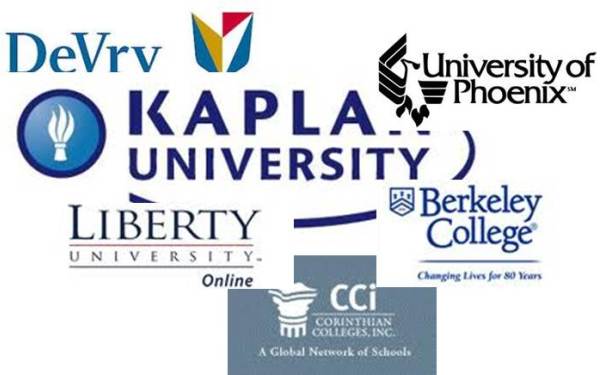 WASHINGTON — After trying for years to tighten the rules on for-profit colleges, the Department of Education finally enacted regulations on the industry this summer. But the fight’s not over.

A month after new rules went into effect, the department faces continuing push-back from the colleges, and Republican lawmakers as well.

The regulations require for-profit colleges, such as prominent names like the University of Phoenix and ITT Tech, to prove that students can find “gainful employment” after finishing school.

The intent is to separate credible programs from those that weigh students down with significant debt for degrees that end up being worth little. Colleges are now asked to show that the average student’s annual loan payment is not more than 20 percent of the student’s discretionary income after graduation.

If the schools don’t meet the standard, they risk losing their federal financial aid. Public and private nonprofit colleges are not required to prove that their students meet such a standard.

For the Education Department and others that have spent years fighting to implement the regulations, it’s an important step toward cracking down on an industry that has been criticized for taking advantage of students.

“It’s a big issue,” said Rep. Rosa DeLauro, D-Conn. “They wind up in serious economic difficulty. With high debt, they default. They don’t come out with a meaningful education or degree or certificate that allows them to be gainfully employed.”

The federal government has been cracking down on for-profit schools. In April, the Education Department fined the Corinthian College chain $30 million for overstating its job placement figures. Corinthian closed in May.

The University of Phoenix, meanwhile, is under investigation by the Federal Trade Commission, for possible deceptive practices related to marketing, costs, recruiting and other aspects of its business. Phoenix, popular among veterans, receives large amounts of tuition and costs through the GI Bill.

A 2012 report from the Senate Health, Education, Labor and Pensions Committee found that for-profit colleges are significant recipients of federal student aid.

“During the 2009-10 academic year, the for-profit sector collected $32 billion, out of the total $130 billion in loans and grants disbursed under Title IV of the Higher Education Act,” it stated.

Title IV is the major source of federal student aid.

For-profit colleges say the new Department of Education rule is unfair and singles them out, while public and private nonprofit universities continue to increase tuition and leave students in significant debt, an average of $28,400 per student, according to The Institute for College Access and Success.

“It doesn’t apply to all programs and all students at all institutions. It applies to, essentially, us,” said Noah Black, vice president of public affairs for the Association of Private Sector Colleges and Universities, a trade group that represents for-profit schools.

Several Republicans have criticized the regulations as expensive and unauthorized. They also contend that regulating for-profit colleges should be the role of Congress, not the Obama administration. Appropriations bills drafted by the House of Representatives and the Senate include provisions to reverse the regulations.

“It’s better handled in the higher education reauthorization than it would be in some other way,” said Sen. Roy Blunt, R-Mo., chairman of the Senate subcommittee responsible for education appropriations.

The Department of Education began pushing the “gainful employment” regulation in earnest in 2009. But the industry pushed back. When a version of the regulation was drafted in 2011, the for-profit colleges marketing association sued the department, claiming the new rules had been arbitrarily chosen.

Black claimed that if the “gainful employment” regulation was applied to all colleges and not just for-profits, some programs at well-known schools would not currently meet the standards, according to the group’s lawsuit against the Department of Education. It cites as examples a law degree from George Washington University or a bachelor’s degree in social work from the University of Texas.

But opponents say that for-profit colleges deserve special scrutiny because they saddle more vulnerable students with more debt and do less to improve their futures. According to the Department of Education, more than 80 percent of for-profit students need to take out federal loans to pay for college, while less than half of students at public colleges do.

The degree often costs more, with the average tuition at a for-profit school measuring four times the tuition at a community college and nearly double the in-state tuition at a public four-year university, federal education data shows.

And while costly, education officials say that it typically doesn’t yield strong results on the job market. Students with bachelor’s degrees from for-profit schools were 22 percent less likely to hear back from employers than job applicants with similar degrees from non-selective public colleges, a study from the National Bureau of Economic Research found.

Though students at for-profit institutions represent only 11 percent of college students, they make up 44 percent of students who default on their loans, according to the data.

For-profit schools are “saying it’s not fair, but I actually see this as a counterpoint: If you make your programs so good that students who enroll do well, then that’s the biggest selling point,” said Michelle Cooper, president of the nonpartisan Institute for Higher Education Policy.

Students who choose for-profit colleges are more likely to be older, work a full-time job or have a family they need to support. They’re usually attracted to the schools because of the flexible class schedule, easy registration and specific programs that don’t require general education requirements. Often, they’re the first in their families to attend college.

The colleges argue that serving these nontraditional students makes it more difficult to judge the schools by traditional measures of success — graduation rates and starting salaries, for example — since their students face different obstacles than the typical 18-year-old who enrolls at a two- or four-year institution.

Joshua Gaskins, 26, of Hanahan, S.C., grew up in a family where no one finished high school. He said his parents told him: “I don’t want you working a dead-end job. I want you to do something with your life.”

Gaskins tried community college, but struggled with the general education requirements for his program and dropped out. He was earning $12 an hour at a Walgreens pharmacy when he saw advertisements for ITT Tech.

In 2010, Gaskins enrolled in a computer science program at the school’s North Charleston campus. He couldn’t afford the tuition — about $35,000 in total for his degree — and was told he didn’t qualify for grants.

A financial aid officer told him loans were his only option, Gaskins said, without any discussion of interest rates or the process of repaying them. And the school promised job placement after graduation.

The paperwork was in front of him “in less than 30 seconds,” he said.

Gaskins graduated in 2012. Then the bills began to arrive.

Gaskins said he was not given enough information about the loans, including the fact that one loan was owed directly to the school, not the federal student aid program. Another was taken out in his father’s name rather than having his father as a co-signer.

An ITT Tech representative said that all students are made fully aware of the scope of their loans.

Apple hired Gaskins for a part-time, at-home customer service position. It paid slightly more than his work at Walgreens. Three years after graduation, he is more than $45,000 in debt.