8 highlights, lowlights and quotes from the 2015 Summer TV Press Tour 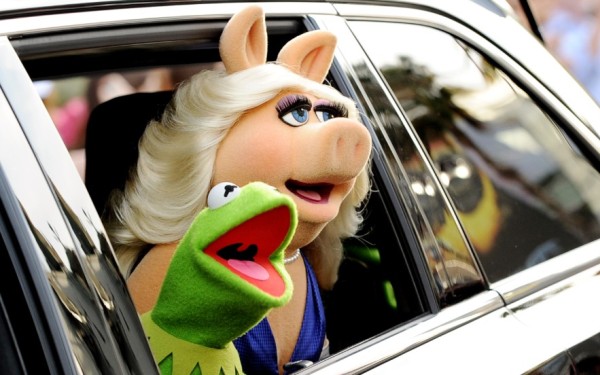 BEVERLY HILLS, Calif. – From Miss Piggy and Kermit announcing their breakup to Trevor Noah trying to convince TV critics that he's ready for the job of hosting "The Daily Show," the Television Critics Association summer 2015 press tour has been a marathon of news, rumors, off-the-wall questions, cryptic answers, and tantalizing clips, all washed down with enough coffee to re-float the Titanic.

As the end of the nearly three-week information overload nears, with more than 130 press conferences behind us (and more on the way as I write this), it's impossible to mention everything that's come up.

But as always, some highlights, lowlights, and juicy quotes have stood out from the crowd. I'll have much more about what we've learned as we get closer to the launch of the Fall TV season. But as an appetizer, here's a taste of some notable tidbits.

1. Trend watch -- more of everything: We've gotten confirmation of what TV-watchers have already figured out -- there's more of everything. John Landgraf, CEO of FX Networks and FX Productions, broke it down. By the end of 2015, he estimates, there will be more than 400 original scripted TV series. He speculates that 2015 or 2016 "will represent peak TV in America and that we'll begin to see declines coming the year after that and beyond." Does less TV mean  we'll have an easier time finding our way to good TV?

2. "Twin Peaks" lives: Showtime President David Nevins says the sequel to the Northwest-set cult classic begins filming in September. Original "Peaks" team David Lynch and Mark Frost will write, and Lynch will direct all the episodes. How many episodes? More than the original nine, which prompted a budgetary dispute that earlier threatened the project. Nevins doesn't know how many episodes it will be, or whether we'll see it in 2016 or 2017. So have some pie, and be patient.

3. "The X-Files" fumbles: Another high-profile sequel, the Fox "X-Files" event series coming in January 2016, had critics geeking out in anticipation. Until we saw a clip, which features Mulder (David Duchovny) and Scully (Gillian Anderson) acting like they're in an "X-Files" parody. I want to believe, but yikes.

4. Trevor Noah = not intentionally offensive: After it was announced that South African-born comedian Trevor Noah would succeed Jon Stewart as "Daily Show" host (beginning Sept. 28), critics jumped on Tweets Noah posted in the past, some of which came off as offensive. Asked about it, Noah said: "I don't strive to be offensive. That's not who I am as a person. That's not who I am as a performer, but you can never control what people find as offensive or not."

5. "Game of Thrones" news-ish: Naturally, a journalist asked HBO President Michael Lombardo the question of the hour: Is Jon Snow dead? "Dead is dead is dead is dead," Lombardo said. From "everything I've seen, heard, and read, Jon Snow is indeed dead." As to how many "Game of Thrones" seasons there may be, Lombardo said, "We're shooting (season) six now, hopefully discussing seven. And I think (the showrunners are) feeling like there are probably two more years after six...I'd always love for them to change their minds, but I think that's what we're looking at right now."

6. Kermit and Miss Piggy are splitsville: During a panel for ABC's upcoming "The Muppets," (premiering Sept. 22), Kermit broke the news to us in the ballroom: "Piggy and I have gone our separate ways romantically. I think it's just kind of coming out in the press now...It can be tough to work with your ex, you know."

7. "Doctor Who" job insecurity: During a BBC America session, someone asked "Doctor Who" star Peter Capaldi, who participated via satellite, how long he'll stay  in the role. "Well, it's certainly until the end of September," Capaldi said. "Doctor Who" producer/writer Steven Moffat added, "It's the only job in television where everybody asks you when you are leaving. That was -- and I'm not making this up --  the first question that David Tennant got at the preview of 'The Christmas Invasion.' Someone said, 'How long are you planning to stay?' And he said, 'I just got here. I've just arrived.'"

8. Walt Disney's last words: During the session for PBS' "American Experience" documentary on Walt Disney (Sept. 14-15), a game of "Stump the Panel" broke out when a reporter asked if there was any truth to the rumor that Disney's last words were "Kurt Russell." Nobody involved with the film had ever heard that. Historian Neal Gabler politely tabled the question with, "Can we agree his final words were 'Rosebud'?"