Advice for worried parents as children head to college 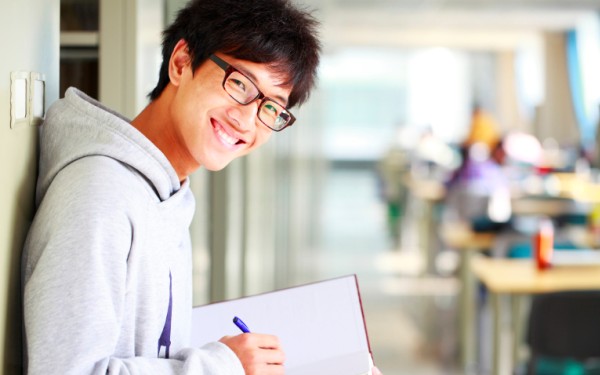 As a former college president, Roger H. Martin became accustomed to the worries and demands of his students' parents. He has taken phone calls from those who want him to find new roommates for their children, fix the heating in dorm rooms and help their offspring find better paying jobs long after graduation.

Those experiences, as well as more recent research trips to five colleges across the country, reinforced his belief that parents should be knowledgeable about their youngsters' challenges starting higher education. But just as important, he said, is letting young adults deal with their own problems on campus. It's all part of "the growing up experience," he said, adding that "kids can learn by making mistakes."

That philosophy infuses his new book "Off to College: A Guide for Parents," the latest in a line of guidebooks and websites aimed at preparing parents for the empty nest, advising them on how to handle possible major crises such as students' mental health problems and substance abuse while urging them to avoid micromanaging choices of academic majors or squabbles with messy roommates.

The rise of so-called helicopter and lawn mower parents has been much noted in the last decade or so. Parents and college students are connected by cellphones and other technology in ways that were unthinkable to past generations.

Heightening anxieties, parents worry now about recent campus crises — such as shooting rampages and sexual assault allegations. And with rising costs of education, more families approach colleges like wary consumers, akin to complaining to an auto dealer about a faulty car, according to Martin, who was president of Moravian College in Pennsylvania and Randolph-Macon College in Virginia.

He and other authors in the genre say that they fulfill a need to help families through what Martin describes as "this very important transition in life." Describing his research visits to public and private schools, his book tackles finances, academic advising, safety, homesickness, athletics and disabilities.

Guides with similar goals can fill a mini-library, starting with the pioneer, "Letting Go: A Parents' Guide to Understanding the College Years," by Karen Levin Coburn and Madge Lawrence Treeger, which was first published in 1988 and updated several times. More recent titles give a sense of the tension and humor surrounding the departure of children for residential colleges: "Don't Tell Me What to Do, Just Send Money;" "You're On Your Own (But I'm Here If You Need Me);" "I'll Miss You Too;" "Empty Nest, Full Heart;" "The Naked Roommate: For Parents Only" are some.

The books can greatly aid parents, whether they have multiple college degrees or never attended college, according to Joyce Holl, executive director of the Assn. for Orientation, Transition and Retention in Higher Education, which is based at the University of Minnesota. That organization and the National Resource Center for the First-Year Experience and Students in Transition co-sponsor guidebooks for families.

"Its about helping parents understand they are not alone and that many, many families are dealing with this situation," Holl said.

In addition, colleges hold parent-only sessions during freshman orientation to give students time away from families and to encourage parents "to start to step away" from making decisions for children. Parents are given information about campus resources, including psychological counseling, that they might later encourage their children to use, she said.

Perhaps not coincidentally, at least two of the recent authors had rocky freshman years. Martin struggled with what he said was mild dyslexia, transferred schools, got help with reading skills and went on to earn a doctorate at Oxford University in Britain. Harlan Cohen, author of the very popular "Naked Roommate" series, also felt lost and depressed at his first college, transferred and wound up writing an advice column for the student newspaper at Indiana University, which led to a professional syndicated column.

Previous "Naked Roommate" books advise students. However, the more recent "For Parents Only," published in 2012, delves into such issues as what to expect during first visits home, the federal rules that allow students to keep grades from parents, whether to be a Facebook friend with your child, how to establish budgets and how to talk about sexual issues.

Cohen is now releasing what he calls a related boot camp for families, a mainly online program of videos, webinars and personal training.

All the communication technology adds pressure on parents, according to Cohen, who frequently speaks at college orientations.

"Parents have a natural instinct to help and fix," he said. But they have to "set boundaries and allow their kids to get uncomfortable and understand that is a normal and natural part of the transition."

Although suicides and drug addiction occur on college campuses, parents should not be paralyzed by fear, he said. Rather, they should take a balanced approach and allow their children "to struggle but not allow them to struggle to the point they are going to hurt themselves."

At the same time, Cohen said that new college students are not the only ones facing difficult transitions — their parents may face their own emotional turmoil, triggered by the empty nest and need to find new ways to fill their time.

Empty-nester with computer issues? HelloTech has students on call to help