More young adults living with parents, even after getting jobs 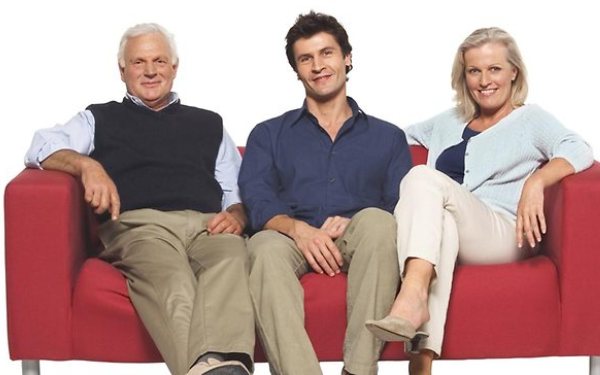 New household formations finally seem to be picking up, but it’s not because young people are moving out of mom and dad’s house, according to a study released Monday by the Terner Center for Housing Innovation at UC Berkeley.

A separate report released Monday by Zillow found that first-time home buyers today are older, renting longer, are less likely to be married and are spending a lot more of their income on homes today versus first-time buyers in the 1970s and 1980s.

Both reports add to the growing body of research on why Millennials are taking so long to strike out on their own, which is of great interest to Realtors, home builders and economists.

Historically, population growth alone results in the formation of about 1.2 million new households per year on average, said Jed Kolko, author of the Terner Center report. During the recession, this number “got down into only a few hundred thousand” as more people stayed with parents longer or found roommates.

Recent census data suggest that the rate of new household formation has started to improve, although there is conflicting data as to the start and size of the increase. The data cited most often showed a big year-over-year increase in the fourth quarter of last year, with gains continuing into this year.

It was assumed that Millennials, having found jobs, are now getting their own places.

But a recent report from the Pew Center showed that’s not true.

If young adults are not increasingly striking out on their own, then what accounts for the increase in new household formation?

Like the Pew study, his analysis found that despite the job recovery, the percentage of young adults living with their parents continued to rise, even through June 2015.

He found that the headship rate fell or remained flat for all age groups from 20 to 64. “The only notable increase in headship rate was for 65- to 74-year-olds,” he said.

His conclusion: “Household formation is being driven by overall population growth and the aging of the population, but not a broad increase in headship rates. The recent gain in household formation appears to be due to basic demographic shifts rather than the economic cycle.”

What the data can’t explain is why young adults are living at home even after they get a job.

“One contributing factor is that 25 to 34-year-olds are decreasingly likely to be married or cohabitating with a partner, and — unsurprisingly — married or cohabitating young adults rarely live with their parents (just 2% do), compared with 31% of those who aren’t living with a spouse or partner,” Kolko wrote. The decline in marriage among young adults predates the recession.

Another possible factor is that “rent affordability is worsening broadly,” Kolko said. “When young people move out, it is usually to rent, not to own.” After the bubble burst, home prices fell precipitously, but rents did not. “Demand for renting rose as people lost homes to foreclosure or couldn’t get a mortgage,” he said.

Saving up for a down payment on a home is harder when rents are rapidly rising.

A third possible reason is that “the quality of jobs being created” is not good enough to let young people move out on their own, at least in the style they have become accustomed to.

•They are spending a lot more of their income on a home. In the early 1970s, they bought homes that cost about 1.7 times their annual income. In the first half of this decade, it was almost 2.6 times.

It’s not clear whether home prices have simply risen faster than incomes or whether first-time buyers are buying more lavish homes, but it’s probably both.

“Some of what we are seeing is that Millennials are moving more toward the coasts, largely driven by employment. Homes on the coast are more expensive,” said Zillow Chief Economist Svenja Gudell.