Mick LaSalle's 11 best movies of the year so far -- do you agree? 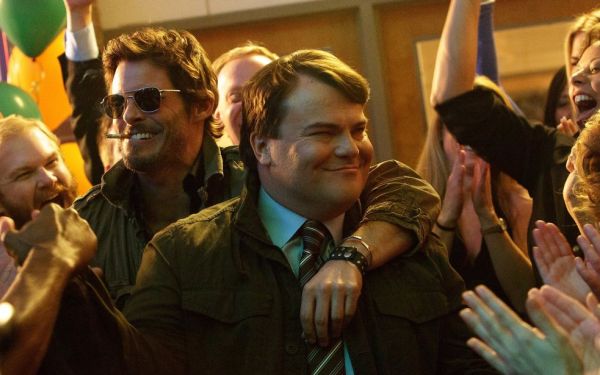 Two-thirds of 2015 have gone by, but it’s safe to say that fewer than half of the year’s best movies have made it to theaters. Most likely, the good stuff won’t start rolling out until September and October, with the very best — or the ones their studios have the highest hopes for — arriving between Thanksgiving and Christmas.

The practice of waiting until fall and early winter to release the best movies has been with us since the days of silent pictures. But it’s only in the last few decades that the seasons have become so rigorously regimented, with commercially hapless films debuting from late January through March, blockbusters arriving from May through the summer, and prestige films coming in the fall. The movie seasons are more cordoned off these days because movies don’t roll out slowly anymore but arrive on 2,000 screens on the same day.

For this reason, no one can assess 2015 as a whole. However, we can say that we’ve already seen some very good movies, some of which will keep their luster and deserve to be remembered when the critics, the guilds and Oscar voters start looking for candidates at the end of the year.

Here are 11 movies not to forget at award’s season:

1. “Serena” (February): This film, set in the 1930s and starring Jennifer Lawrence and Bradley Cooper, got less than stellar reviews from most critics, but pay attention to Lawrence’s performance, particularly in an extended close-up three-quarters into the film. This is the best acting she has ever done.

2. “Ex-Machina” (April): This is a very smart take on sci-fi’s big preoccupation this year: the ultimate triumph of machines over humanity. Writer-director Alex Garland’s writing may get some nominations, and so might Oscar Isaac’s supporting performance as the inventor of artificial intelligence.

3. “The Water Diviner” (April): A strong debut for Russell Crowe as director, this still won’t get much attention at the end of the year — except maybe for Yilmaz Erdogan, who gave a complex performance as a Turkish general.

4. “Danny Collins” (April): Al Pacino had one of his best late-career showcases as a veteran rock star who must reassess his life after finally receiving a letter from John Lennon, mailed some 40 years before. Pacino is a possible best actor contender.

5. “I’ll See You in My Dreams” (May): Blythe Danner is a revelation in this drama about a widow finding romance late in life. It’s a solid good movie, not a classic, but Danner’s performance is sublime. So far she’s the strongest candidate for best actress out there.

6. “The D Train” (May): Comedies usually don’t get official respect, especially feel-bad comedies like this one, but Jack Black’s portrait of a barely emerged, self-deluded guy whose life is upended by an old high school friend is brilliant and deserves acknowledgment.

7. “Testament of Youth” (June): A fine World War I drama, based on the antiwar memoir of Vera Brittain, this film is especially notable for the performance of Alicia Vikander as Brittain. Vikander is a worthy dark horse for a best actress acknowledgment.

8. “Love and Mercy” (June): This unusual biopic about musician Brian Wilson is the year’s surest shot (so far) for end-of-the-year acknowledgment, with John Cusack and Paul Dano (as the older and younger Wilson, respectively) both contending for best actor honors, and the movie a definite possibility for best picture.

9. “Dope” (June): Rick Famuyiwa’s honest and uncompromising screenplay, about a nerdy kid growing up in a rough neighborhood, deserves some notice at the end of the year.

10. “Me and Earl and the Dying Girl” (June): Strong writing, directing and acting make this film, about the teenage friendship between a reserved would-be filmmaker and a girl who has leukemia, into a possible contender in several areas.

11. “The End of the Tour” (August): Donald Margulies’ script, mostly just an engrossing conversation between two young men at a critical juncture in one of their lives, is a possible candidate for screenplay honors.

Also worth mentioning: Critics groups that have a best newcomer award may want to remember Dakota Johnson (“Fifty Shades of Grey”), and organizations that give an award for best small part should not forget Hattie Morahan in “Mr. Holmes.” Also, “Best of Enemies,” about the 1968 debates between William F. Buckley and Gore Vidal, and “Amy,” about the life of the late singer Amy Winehouse, will both be strong contenders in the documentary category.