Want to skip the order line? Fast food restaurants have apps for that 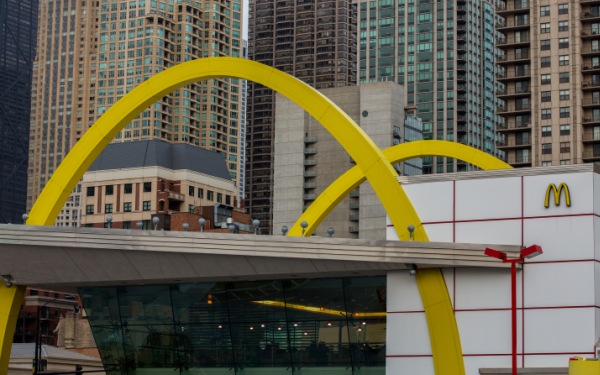 CHICAGO — You don’t have time to wait in a long line to get your morning caffeine fix or to grab your lunch. If only you could skip the line.

Well, there’s an app for that.

More restaurants are offering free apps billed as providing greater convenience to consumers, appealing particularly to millennials who are early adopters of technology and often glued to their smartphones. With the touch of an app, customers can order ahead of time, pay in advance and even bypass other walk-in customers when picking up their orders. They also can get special offers or earn rewards points and, at the very least, look at menus and find locations.

This fall, McDonald’s is planning to launch an app with coupons nationally in October, joining the growing list of fast food chains offering free apps in the App Store and Google Play Store. Before the end of the year, Starbucks will have rolled out its mobile order and pay feature on the app nationwide so coffee drinkers can customize their Starbucks beverage and see the wait times before selecting a store for pick up.

Consumers are indeed checking out the apps, as 28 percent of adults — and that stat jumps higher, to 40 percent of millennials — have downloaded a restaurant app in a three-month period, according to recent survey in 2014 by Technomic, a Chicago-based food service consultant.

“As the app market gets more crowded, the better ones will win on efficiency, how easy is it to use and what they give the consumer, what’s the benefit,” said Derek Rucker, marketing professor at Northwestern University’s Kellogg School of Management.

Unless delivery is an option, the app still requires customers to pick up their orders at restaurants. An app has the “potential” to save time for consumers, Rucker said.

For example, if customers order through the app, they wouldn’t have to wait in lines to place the orders because their orders are already in the queue. Mobile ordering also can solve any miscommunication problem about getting the order right, he said.

Some restaurants allow customers to link up their debit and credit cards to the app on the phone. Even without the capability of ordering online, scanning the phone at the register to purchase the order can help speed up service, said Sara Gramling, Magnolia Bakery’s vice president of public relations. Last month, Magnolia Bakery unveiled an app for customers in Chicago, Los Angeles and New York.

“At times, Magnolia can get very busy and it moves the line faster. The more people are paying with their phones, the quicker they can get through the line,” she said.

Mobile payments, a feature available since 2011 at Starbucks, represent 20 percent of all in-store transactions in U.S. with the coffee powerhouse processing nearly 9 million mobile payments each week, a spokeswoman said.

Not all quick-service and fast-casual restaurants are competing on the same level when it comes to integrating technology into their restaurants.

“It’s kind of the early days for most fast food restaurants. I think consumers are willing to experiment a little bit and get comfortable with the apps,” said Jackie Dulen Rodriguez, senior manager at Technomic Inc.

There’s some debate on whether the apps are filling a need, solving a problem or improving the restaurant experience, she said. Speed of service is high on the list of priorities for fast food customers, she said.

Some restaurants are aiming to make fast food, well, faster, including Taco Bell and Panera Bread. The restaurants enable customers to save their orders on their phones, send in the orders, pay in advance and pick up their mobile order at a designated counter, bypassing other customers.

Unless the consumer is a frequent customer, a restaurant app might not be compelling enough to give up space on their cellphones, Rodriguez said. Consumers want something in return for downloading the app on the phone like reward points or deals, she said.

“Our new app will provide our customers with exclusive mobile deals, which they simply ‘tap and scan’ in the restaurant, expanding on our commitment to deliver value and convenience in a highly accessible way,” she said in an email.

McDonald’s will continue develop other elements of the app after the initial launch, she said. “We will iterate and innovate on an ongoing basis as we learn more about how our customers use the app and what they value, with additional features and functionality,” Hary said.

With apps, the companies are able to expand their reach beyond TV and social media to directly connect to consumers, Northwestern’s Rucker said.

Earlier this year, Chicago-based Wow Bao launched its new branded app that added a messaging feature to alert and engage the consumer through mobile promotions and new product announcements like a special flavor bao in addition to providing the convenience of ordering online for pick up or bicycle delivery. The app also has features to get points in its loyalty program and send mobile gift cards.

The app’s next frontier could be to use GPS location services to send a message to a customer nearby, luring them to the restaurant with a freebie offer, he said.

The latest version of the app complements its marketing approach as a tech-savvy company that started using self-order kiosks in 2009 and its first mobile platform a year later.

Tech
Looking to spend some of that holiday cash you got? Try these tech ideas on for size
309 views

Tech
Gadgets: Past and present combine in mini turntable
546 views