Community colleges step up efforts to get students to attend orientation 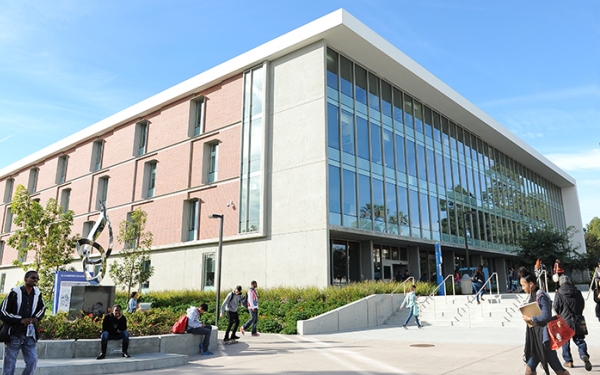 After Zach Stephenson enrolled at El Camino College this summer, he saw a notice online that he had to come to the Torrance campus to meet with guidance counselors and take placement tests.

The 19-year-old Redondo Beach resident took the English and math exams as part of orientation last month but didn't get the scores he wanted. So he kept trying, taking the exams five times in all.

Stephenson said he was grateful for the experience. "A lot of people have told me it's important to be in the right class level, otherwise you could just be wasting your time," he said. "I don't want to spend more than two years in school."

Community college officials have long complained that it is difficult to get students to attend what many consider to be the most boring of pre-class rituals: orientation. Unlike four-year schools where many freshmen live on campus and have little choice but to report to an auditorium to learn how to register for classes and take placement tests, community college students often are working, commute to school and have long shown up right before classes start, administrators say.

Many two-year college officials say that meeting with counselors, taking placement tests and even becoming familiar with the campus help lead to academic success. Studies have shown that students who go through some kind of orientation are more likely to pass their classes and graduate than those who don't.

"Not coming to orientation is the first red flag that peril might be ahead," said Francisco Rodriguez, chancellor of the Los Angeles Community College District, the nation's largest two-year system.

Like many schools, campuses in the L.A. district offer priority registration to students who attend orientation, but even that incentive isn't enough to entice students to show up early. Last fall, about 48,000 district students, or roughly a third, went to pre-class events.

As soon as next year, Rodriguez and other community college administrators will have a strong incentive to get higher participation for orientation. Under a new state law, community colleges' funding will be partially tied to the percentage of students who attend.

In anticipation of the law, El Camino administrators began pushing all students last year to attend orientation services, which include a tour of the campus, placement testing and meeting with an academic counselor. Students, with a few exceptions, have to complete orientation before they are allowed to register for classes.

At El Camino, which had nearly 24,000 students last fall, those in a special first-year experience program are required to attend orientation. In fall 2013, 92% of those students finished their fall courses with passing grades, about 10% better than students who are not required to go.

A 2006 study by the Florida Department of Education found that about 60% of students in the state who took a "student life skills" orientation course before classes began passed their courses, nearly 20% higher than their peers who did not.

El Camino administrators have also been sending enrolled students reminders via text and email, gently warning them that they were in danger of losing their place in class.

Since 2013, El Camino officials have hired 42 new full- and part-time counselors. The number of students who went through orientation increased by nearly 2,000 students between fall and spring semesters last year.

Still, counselors occasionally have had trouble communicating with some students.

One seemed offended when Mary Beth Barrios suggested he needed counseling and he refused, Barrios recalled.

But counseling was a requirement in the student's automotive technology course and he came to see Barrios, who went over the courses he would need and helped him plan his academic career. During their meeting, Barrios realized the student thought he was being required to undergo psychological testing.

"We tend to speak in academic language," Barrios said. "We need to work on that."

Ivan Tejano, 18, registered for El Camino classes last year but never went to orientation and didn't speak with a counselor for weeks. "I was just too lazy to make an appointment," he said. "I wish I had, it would've given me more direction."

So Tejano insisted that his cousin, Jared Stinson, go to orientation and even picked him up and drove him to campus last week to sign up for classes and meet with a counselor. "Even if it only helps him get a feel for the school, it'll help him," Tejano said.

Stephenson conceded he would rather spend his summer break skateboarding than attend orientation but still carved out time to sit for the exams. "I was really rusty academically," he said this week after he took his latest test.

"And there's a skate park nearby, so it's not so bad."