By Claudia Buck and Phillip Reese - The Sacramento Bee (TNS) 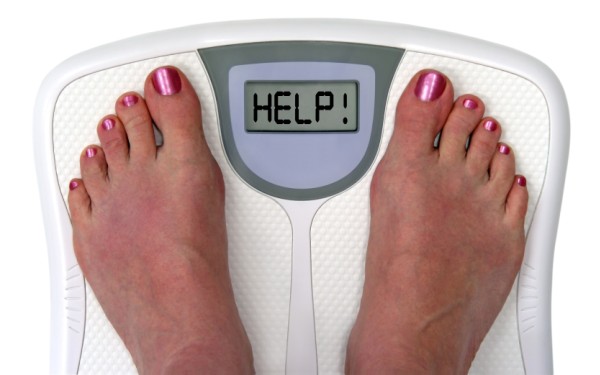 California adults are heftier, eating more fast food and getting diagnosed with diabetes at higher rates. And California kids? They’re spending an “astounding” amount of time sitting glued to a TV, computer or phone screen.

Those health trends emerged from a two-year survey released Tuesday by the UCLA Center for Health Policy Research, which surveyed more than 48,000 California adults, teens and children on dozens of health care topics.

On the healthier side, the survey found that more adults have health insurance, thanks to changes enacted under the federal Affordable Care Act. In 2014, the rate of uninsured California adults dropped by more than 3 percentage points, to 17.4 percent, the study found, largely due to a bump in adults enrolled in Medi-Cal.

“The ACA is working,” said Ninez Ponce, the center’s associate director and the survey’s principal investigator. “We’re not at 0 percent uninsured. … There may be some who are not enrolling because of misconceptions of eligibility or understanding the market. But it’s gratifying that the uninsured rates went down.”

The survey, based on phone interviews conducted in 2013 and 2014, asked hundreds of health-related questions about chronic conditions such as asthma, diabetes and high blood pressure, as well as about issues such as fast-food consumption, drug use and birth control. More than 1,180 households were surveyed in Sacramento County.

The center, which launched its study in 2001, calls it the most comprehensive statewide health survey in the country, reaching people in all 58 counties. Phone interviews were conducted in seven languages – English, Spanish, Korean, Cantonese, Mandarin, Tagalog and Vietnamese. In an effort to be more inclusive, about 20 percent of the interviews were done with cellphone-only households, which the center says tend to be younger, more mobile and more likely to engage in riskier health behaviors and go without health insurance.

This year, obesity was one of the more troubling trends. For the first time, more than one in four California adults are considered obese – in 2014, about 27 percent, compared to 19 percent in 2001.

The obesity trend was even more pronounced in the four-county Sacramento region than in the rest of the state. About 31 percent of adults surveyed in Sacramento, El Dorado, Placer and Yolo counties were obese last year, compared to 20 percent of adults in 2001.

“It’s not a trend that’s going to change quickly, but it is disappointing to see the obesity number climb, particularly since nationally it has shown a leveling off,” said Susan Babey, senior research scientist with the UCLA health policy center. “But we haven’t seen that leveling off in California, particularly among adults.”

According to a recent survey in the Journal of the American Medical Association, obesity rates have largely plateaued nationwide. More than 33 percent of U.S. adults and 17 percent of adolescents were obese in 2011-12, a rate that hasn’t changed much in the prior decade.

Babey noted some positive signs, including a recent UCLA study that showed adults are doing more walking and eating more daily servings of fruits and vegetables.

Because the UCLA data are self-reported, the actual incidence of statewide obesity could be even higher, given that people tend to overestimate their height and underestimate their weight, Babey said.

The obesity trend has serious long-term health implications. For instance, diabetes is often associated with obesity. And roughly 9 percent of Californians said last year they had been diagnosed with diabetes, up from 6.6 percent in 2003, according to the UCLA study.

One possible contributor to the trend: About 39 percent of Californians reported eating fast food at least twice a week in 2014, up from 35 percent in 2007, the UCLA figures show.

Obesity is closely tied to poverty. About 31 percent of California adults living below the poverty line were obese last year. By comparison, less than a quarter of the richest 50 percent of adults in California were obese.

Teens and adult smoking. About 1 in 10 teens reported “vaping” (smoking e-cigarettes) in 2014, the first year the question was asked. Ponce called the statistic “alarming,” noting a recent study that found vaping is a gateway to smoking, not a substitute. Nearly 12 percent of adults 18 and older said they are current smokers, although 7 in 10 said they have thought about quitting in the next six months.

Teen leadership. Nearly 90 percent of adolescents believe they can make a difference in their community, “a positive attitude that spanned disparate incomes and races/ethnicities,” according to the survey.

Sedentary kids. On a typical weekday, nearly half – 46.5 percent – of children ages 2 to 11 spend at least two hours a day watching TV, playing computer games or talking with friends. On weekends, a startling 71.7 percent of kids are engaged in “sitting activity.” Ponce, the longtime researcher, described the latter finding as an “astounding” indicator of children’s inactivity. “They’re doing nothing at home or their parents aren’t engaging them outdoors,” Ponce said.

“Evidence suggests that the habits we develop as children, particularly adolescents, influence our health behaviors as adults,” she said. “The fact that kids are spending so much time doing things that don’t require any movement of any kind is a bad trend. We’d like to intervene and reverse as much as we can.”