Various Artists: Black on Black: A Tribute to Black Flag 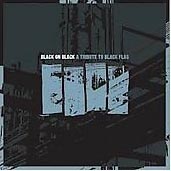 Every time a tribute album comes out the songs are compared to the original artist and the album gets horrible reviews. This one is no different.

The only tracks worthy of praise are Zao's rendition of “Black Coffee,” with its exquisite drumming and ability to keep everything in perfect time. The opening track, “Rise Above,” is a little more on the punk side than hardcore with repetitious chanting and simple guitar riffs, making it a good start to a bad album of teeth clenching screams and distorted lyrics.

Most of the tracks were stretched longer with instrumental intros so listeners could tell they were hardcore. The only band that successfully pulled off the long hardcore drum/guitar intro was Bleeding Through with its take on “My War.” This song lends itself better to a hardcore band than some of the other Black Flag covers chosen for this tribute.

The biggest disgrace by far was “Six Pack” by Playing Enemy. The band pulled a fun and playful song into a morbid hole of depression and despair.

If you are a fan of Black Flag then you might like a few songs but if you don't like hardcore or metal, don't bother with it.