SAG-AFTRA election: Why the Ken Howard-Patricia Richardson contest was so close 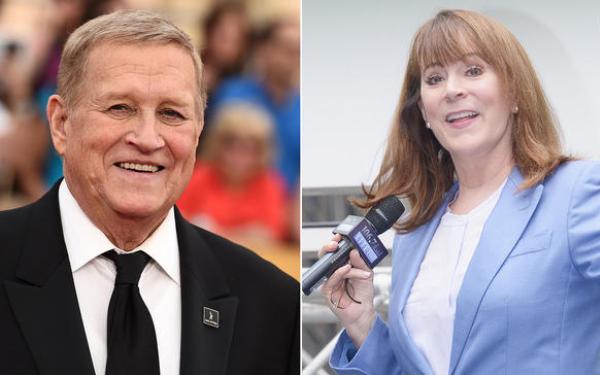 But the race was closer than expected and Richardson’s camp won a surprise victory when her running mate Jane Austin was elected secretary treasurer of SAG-AFTRA and president of the Los Angeles local.

Why did the longtime union president come within 2,257 votes of losing his position?

Richardson tapped into growing anxieties among actors over their shrinking incomes during a period of rapid change in the media landscape. While streaming services such as Netflix have created new opportunities for actors, the shift toward lower-cost online production has dramatically changed how actors are compensated, especially when it comes to residuals, the fees they receive when shows are rerun.

Guild members also were frustrated at the slow pace of merging the union's health and pension plans, which had been one of the chief goals of combining the Screen Actors Guild and the American Federation of Television and Radio Artists in 2012.

Howard was reelected by a 54% to 46% vote, but even he concedes that the close race was partly a reflection of discontent in the rank and file during a period of digital disruption.

He also said low voter turnout was a factor, saying such elections tend to draw more disaffected members. Only 30,263 of nearly 140,000 members cast ballots in the national election, according to the union.

“I’m relieved that I can continue doing what I can do,” Howard said in an interview Friday morning.

Howard added that he welcomed working with Austin and others who opposed his leadership.

“That’s part of the job – to be inclusive,” he said. “I’ll be able to work with her or anybody else. The reason I got into this union was to bring people together. In terms of embracing new ideas and calls for change – I’ll embrace that the best I can.”

"What it means is Ken has no mandate of any kind, " she said in an interview. "He didn't have his running mate [O'Hara] elected, and he lost a good deal of his support on the local board. Will they [Howard's supporters] change their ways given that this election was so close and people are obviously not happy? Maybe. I don't know."

The election gives Howard, who was first elected in 2009, another two-year term as president of a union with a budget of about $100 million that represents 160,000 actors, singers, dancers, broadcasters and other performers.

Howard leads a faction of moderates that successfully pushed for the merger and still dominate the majority of seats on the 70-member national board. Supporters, who included Tom Hanks and George Clooney, credited him with bringing stability and unity to a once deeply divided union.

But he faced an surprisingly robust challenge from Richardson, who was backed by a more strident group called Membership First, which opposed the merger and had accused Howard's slate of being too soft on management. Her A-list backers included Ed Harris and Martin Sheen.

The last time Membership First dominated the union was with the 2005 election of Alan Rosenberg, whose tenure was marked by clashes with board dissidents, AFTRA and the major studios.

Richardson took a more conciliatory approach. She refused to directly criticize Howard and stressed common ground with former opponents and members who aren't actors, including broadcasters who had once been disparaged by her supporters.

"I was always saying no matter what we do, if we can move the party [Membership First] away from the reputation we seem to have built unfairly, to where we're in a better position the next time, we'll have gained something," she said. "I felt we really made headway in getting back in this game."

Indeed, Richardson's strong showing in the election is expected to elevate her gadfly status on the board, where she was elected to another four-year term. It will also make it easier for her to challenge Howard in the next election and exert some influence in contract negotiations with the major studios.

Richardson and her supporters criticized Howard's handling of past negotiations. The previous three-year film and TV contract, which was overwhelmingly approved by the union's members last summer, provided modest wage hikes, a uniform set of terms for basic cable television, and TV pay rates for high-budget Internet shows like Netflix's “House of Cards.”

But Richardson said negotiators could have done better by, for example, securing higher residuals for basic cable TV shows and residuals for lower-budget new media shows.

Her supporters have highlighted an email — among the trove of hacked communications posted online — that quoted a Sony executive as saying the SAG-AFTRA negotiations “were successful for the studios” and represented a “big win for us.”

Howard argued that the Sony email was taken out of context and strenuously defended his record, citing such gains as bringing disparate TV contracts under a single agreement and extending union contracts to new groups of workers at radio and broadcasting stations. He also went on the offensive. In a recent email to members, he accused his opponents of making “empty promises” and taking divisive positions that would weaken the union.

The election also highlighted questions surrounding the guild’s spending and transparency in its dealings with members.

Richardson had faulted the guild's handling of a change in its method for calculating dues of highly paid actors in 2011. In a Times story this week, Richardson said the guild did not properly communicate the change to members.

Howard disagreed and said the new methodology was initiated by some of the guild's highest-profile members who wanted to pay their share of dues.