So much great TV, but who has the time? 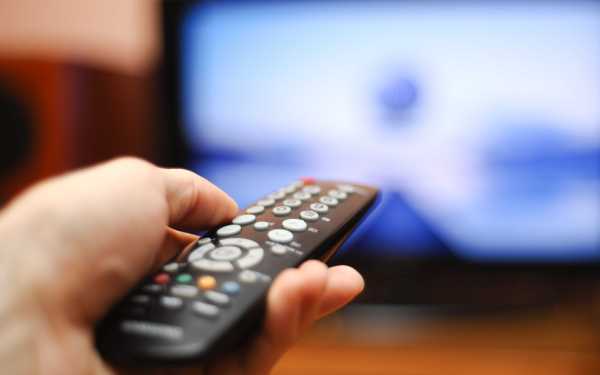 Earlier this month, FX President John Landgraf told a group of TV critics what so many had been feeling for the last few years: There’s just too much television.

Being the head of a network, Landgraf was naturally concerned. Television is a big business, and too much of it does not make money; the bubble will soon burst, he predicted. Solemnly, as if that were a bad thing.

It would be, of course, for whatever networks, platforms and shows — not to mention the talent and crews — get swept into the ether by the bursting bubble.

Audiences, however, might feel relieved, unburdened even. For many, television’s recent creative and technical renaissance has become a tyranny of abundance. Far from a guilty pleasure, TV viewing now feels more like a never-ending assignment, a cultural conspiracy to keep everyone from getting enough sleep or finally learning to kickbox. How can we, when we’re supposed to be catching up with “Rectify,” “Empire” and “Unreal”?

Binge-watching isn’t just the new sex — it’s the new workout, the new book club, the new cocktail hour. Where once most new shows premiered in the fall, now they drop all the time, some in complete seasons. Announcements of new programming from clever upstarts Netflix, Amazon, Hulu and Acorn feel like pop-culture air-raid sirens: “Citizens, seek shelter: ‘The Man in the High Castle’ is descending.”

I know, because I’ve watched it happen up close. Less then 10 years ago, many regarded the television critic with pity, perhaps even scorn. “How can you stand to watch all that crap?” they asked when I began the job.

Some still feel pity but for a very different reason. “How do you keep up?” they now ask, in tones traditionally reserved for those raising triplets.

Or they instantly become wary and defensive. “There’s just too much to watch,” they bark, as if I’m going to suddenly ask them to name the clones of “Orphan Black” or list their favorite scenes from “Broad City.”

I get it. There are so many things worth watching, people feel rightfully overwhelmed. Including and especially critics; when people ask me, “So what should I be watching?,” my mind quite often goes blank.

The trick is not to panic. Television viewing is not a competition or a test.

No matter what appears to be occurring on social media, no law requires you, the average viewer, to be able to analyze the use of color in “Mad Men” or explain why the second season of “True Detective” was so terrible. You will not be asked to compare the tonality of a show written by Shonda Rhimes versus a show produced by Shonda Rhimes.

Unless you are a member of the Television Academy, nor will you be forced to choose between Francis McDormand’s performance in “Olive Kitteridge” and Maggie Gyllenhaal’s in “An Honorable Woman.” No one is required to have watched the original British version of “House of Cards” or “Les Revenants” in the original French. It’s OK if you don’t know who Benedict Cumberbatch is.

Well, no, actually, it’s not. If you don’t know who Benedict Cumberbatch is, you really do need to turn on a screen or pick up a magazine or something.

But there is Absolutely Nothing wrong with a diet that consists of long-running crime procedurals on the broadcast networks or knowing Key and Peele only from the YouTube clips your son shows you on his phone.

There is no right or wrong way to watch television. The number and state of your cords are your own business. No fines will be levied against those who don’t have a subscription to Netflix/Amazon Prime/Hulu Plus/HBO Go/Acorn TV. (The piracy situation, on the other hand, has got to stop. Perhaps we need to stop calling it “piracy” and start calling it “stealing.”)

Yes, it can be confusing and alarming — what does “Sesame Street’s” migration to HBO mean? — but in the end, a person can watch only one show at a time, one episode at time, for as long as he or she is interested. (Yes, you can switch the thing off.)

It’s not the amount of television that’s the problem, it’s the expectation that because it is the most populist visual art, everyone should be watching all of it and be ready to discuss it in an intelligent way.

Television is a now a bona-fide art form, which means it’s worthy of intense criticism, deconstruction and theorizing, just like theater, dance or sculpture. It also means you can treat television the way you treat other forms of art — you can know a lot about a little or a little about a lot. You can keep your eye exclusively on the new and different or ignore everything but your favorites.

To be honest, much of the anxiety you feel is, I fear, being generated by those of us who write about television. That’s right, this time, you can blame the media because we are most certainly freaking out.

Did you see those numbers FX’s Landgraf quoted? Possibly 400 new scripted shows this year? Who’s going to review those 400 new shows, while also writing about premieres and finales, breakouts and breakdowns, Caitlyn Jenner and Donald Trump, awards shows and live events? I barely see my kids in the fall as it is. Who’s going to profile all those people, visit all those sets, figure out who’s paying and how and what it all means to the state of creative integrity, the Marvel universe, the gender gap and Wall Street?

It’s like the classic candy factory scene in “I Love Lucy,” where the stuff comes faster and faster, only we can’t just shove half this month’s new lineup down our shirt, can we?

To be fair, our collective meltdown didn’t start as anxiety; it started as enthusiasm. Watching television rise from its reality-whipped, post-writers strike coma in 2008 to become a cultural colossus was heady stuff. Especially for those in the trenches, the reporters and bloggers who spent years selling skeptical editors and friends on the television renaissance.

Though, honestly, we should have seen it coming. An army created in the first act inevitably attempts to overthrow the world in the second. So one minute it’s the Golden Age of Television, the next it’s total tyranny.

What do you mean you don’t watch “Game of Thrones” / “Jane the Virgin” / “The Americans”? What do you mean you’ve never seen That Episode of Amy Schumer / “Louie” / “Girls”? Of course, Don wrote that Coke ad at the end of “Mad Men.” The whole show was about the often queasy American ability to survive. What did you think it was about? Feminism?

Television remains the definitive communal experience, and social media have increased the speed and reach of that experience. At the same time, the same digital technology makes real-time reaction more choice than necessity. Critics, reporters and bloggers may have to kill themselves trying to keep on top of every new thing, but the average viewer doesn’t have to. With minimal effort, you can watch whatever you want, whenever you want. (One hearty soul recently tweeted about how much pleasure he got from discovering “The Sopranos.”)

There’s “too much good TV” in large part because television has become portable, controllable, permanent and diverse, and no one’s quite sure how to cope — not even those who make and sell the stuff. Shows and networks have always competed for eyeballs, but now, in the splintered universe of delivery systems, every offering must compete for brains as well.

Time-honored templates are being thrown out the window, and every format — the miniseries, the special event, the prequel, the live performance — is scrutinized for staying power, while every new story is deconstructed for its social and literary value.

Torn between the submersive pleasures of the binge and the gratification of intense scrutiny, many choose both, parsing characters and narratives on a near-molecular level even as their number overwhelms us.

No matter how much we watch, there’s someone telling us we need to watch something else too and offering increasingly sophisticated reasons why.

That may be the center that does not hold: the social media-driven fear that we’re Missing Out.

Take a breath. Sure, you might miss the first wave, but there’s plenty of time to catch up. And though some networks, platforms and shows may not make it in the long run, there will still be plenty left. You may just have to pay for it in a different way.

So relax and ride the storm. The beauty of television’s new depth and breadth is that there really is something for everyone. Which is why when someone asks, “What should I be watching?,” I honestly have no idea.

Leave the financial worries to the executives, many of whom, it must be noted, were running around 10 years ago saying scripted television was dead.

Embrace the bubble; a tremulous tension of natural forces has created an unexpectedly large and glorious thing. Of course it will burst; that’s what bubbles do. But television was built on its ability to sell soap, and where’s there’s soap, there will be bubbles.