Josh Lucas and The Mend push mumblecore in the right direction 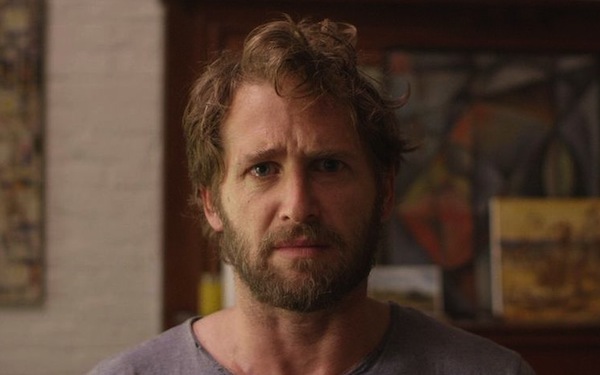 There’s something about first-time directors that gives them an insatiable amount of fortitude. Perhaps it’s just about having nothing to lose with little expectation set for before them; or maybe it’s the fact that the big bad movie world hasn’t dug out that feared chip on the shoulder just yet. In John Magary’s case, I don’t think either really applies. With his debut film The Mend, it’s as simple as being smart.

When time and time again we are barraged with films that take on too much with too little enterprise to see it through, little guys like Magary remind us that all it takes is a little wit and a dose of precision to give you something of quality.

The Mend showcases the writer/director’s ability to compress emotions in a modest time frame, while still allowing them to ebb and flow, breathe and exhale. Some may refer to his narrative of humility as mumblecore, as these people are your neighbors, your friends, your relatives, or the strangers across the subway that you wonder about long after you’ve parted ways. So, doesn’t that naturally make you want to lean in to learn more?

The Mend takes us through the emotional duress of fragmented relationships between lovers, as well as, and more importantly, siblings. It begins at a close-knit get together, where Magary begins to show his flare for zooming in on the minutia of dialogue that so fills our lives. Whether it’s the frustrated bantering between Alan (Stephen Plunkett, Care) and his girlfriend Farrah (Mickey Sumner, Frances Ha!), or the tedious and drunken slew of the state of our world’s affairs, Magary’s world begins to look much like our own. It’s when Mat (Josh Lucas, American Psycho), Alan’s down-and-out brother, unexpectedly shows up after a three-month disappearance, where things get uncomfortable, drunkenly pushing the tender buttons of everyone around him.

And then, days or weeks later (who knows?), Alan comes back from vacation, distraught from a horrible break up with Farrah and finds Mat, his girlfriend Andrea (Lucy Owen, Kelly & Cal) and her son Ronnie (Cory Nichols) squatting in his apartment. But the combustion of his own destroyed relationship mixed with the general unlikableness of Mat leads to Alan doing something unexpected: nothing. While he doesn’t exactly invite them into his home, Alan lets them be there, alongside him, as he also simply is. Through vignettes of time spent with Andrea, with the precocious Ronnie, and of course, his constantly dismantling brother, we see not only Alan, but the unit of them, reforming themselves through the nature of each other.

What makes the whole mumblecore genre different from others, is the departure from climaxes and coherent structure that viewers tend to rely on in order to plan their feelings accordingly. So while Mat’s reintroduction into Alan’s life is an upheaval of his normalcy, Magary decides to leave the bombastic moments hidden, and instead relies on the moments in between where brothers are forced to figure each other out, despite their desires to punch each other in the face.

This is aided by the just-jumpy-enough editing of Joseph Krings who never lingers too long on the moments of weight. Paired with Magary’s buoyant dialogue, Krings brings out some modern Truffaut flare that comes surprisingly naturally. It is through the simplicity of the script that Magary deftly proves that heartache can remain in the dustiest of nooks of our soul and memory, and that we come to understand a little bit more of ourselves after shaking a bit of it off.

What also doesn’t hurt are the seamless performances by our four main actors, Lucas, Plunkett, Owen, and Sumner, all of whom, besides Lucas, are relatively unknown (again, mumblecore), but all of whom have proven to take comfort in being vulnerably precise, and often vulnerably hilarious. Each manages to bring an effortless care and wit to their roles, roles that are often wrought with bouts of turmoil. Magary may, in a small handful of moments, especially as the end draws near, dip into the shallows of melodrama, but if anything, his cast brings him back on to the dry sands of reality. Lucas especially shines poignant light on the dark, and often absurd, ability we have to keep ourselves down when there’s little reason to be down in the first place.

The Mend then strips itself of overcompensation and excess, and sticks to the foundations of human interaction, reminding us that someone is sitting next to you waiting to be prodded and asked what’s going on in that head of theirs. So ask. They’re waiting for you.