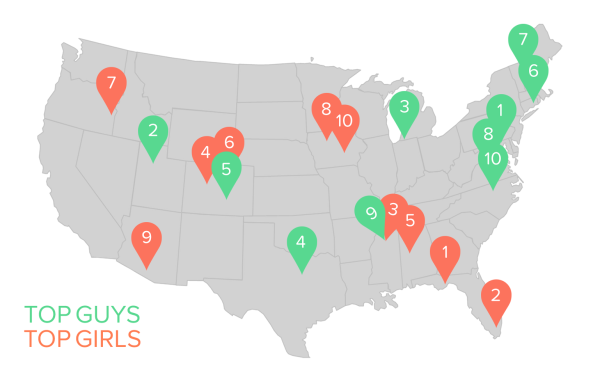 Tinder, the world’s most popular social app for meeting new people, has just released its list of “Most Right-Swiped” U.S. campuses. According to Tinder’s proprietary data, the list was compiled based on male and female students enrolled in a college or university who received the most right swipes, indicating collectively which schools had the most desirable student body.

See the full Top 50 list published on Tinder’s blog. Data is based on the ratio of right swipes received by students attending each university, ages 18-23 in the spring of 2015.

About Tinder
Launched in 2012, Tinder is the world's leading social app for meeting new people. With its global reach, people in all 196 countries around the world are swiping right to connect with others, making it a top 10 lifestyle app in more than 70 countries. In 2015, the company introduced Tinder Plus, giving users access to premium features, Rewind and Passport. Each day, 26 million matches are made on Tinder with more than eight billion matches made to date.