Take the myth of Robin Hood, add a cyber-punk look and mix in some hacker sensibility. Welcome to "Volume," which just so happens to be one of the most subversive video games released this year.

On the surface, "Volume" is a game of stealth and thieving. Yet these are clandestine operations that reflect a YouTube generation and an economically depressed climate.

"Things are brilliant," says our hero, Rob, "if you're born into the right role."

"Volume" brings a rebellious heart to current video game and media trends. It may be packaged as high-concept fodder, but "Volume" never stops asking questions.

"Our targets, they all deserve to be robbed, right?" a nearly sentient computer program asks. Those targets range from corporate CEOs to bankers to actors hoarding charity funds to those who have started opulent, overpriced coffee shops.

The tension here isn't of the save-the-world sort that dotted summer blockbusters. "Volume" is wondering just how much the middle class can be squeezed before it can't be squeezed anymore.

Available now for Sony's PlayStation 4, "Volume" imagines a world where hackers are less interested in exposing adultery and movie studio secrets than they are class parity. That may not sound as sexy as attacking Ashley Madison, the married people's online dating site, but "Volume" makes it all feel pretty slick. Neon-hued corridors and luminescent walls create a future-set world in which our working-class hero is to sneak around undetected.

The mini-universes being pilfered include art galleries, high-end condos and corporate headquarters, but they look as inviting as a chic dance club. Imagine, perhaps, a poshly decorated warehouse rave, except the tone is one of "Mission: Impossible"-like covertness.

Here, the act of committing a crime becomes entertainment for the masses. Each challenge is presented as a digital how-to, a step-by-step guide to bringing wealth redistribution to the Western world — or, in the game's parlance, to "equalize" Britain. A technically savvy, politically minded video-game-trained kid has dedicated his life to teaching the public how to steal from the rich, and he's broadcasting his exploits on social media.

There are some standard video game tropes, or trinkets, if you prefer. As Rob runs through the game's compact levels — viewable from a top-down display — glimmering white jewels are to be gathered in order to advance through the game. "Volume" gradually introduces a bevy of gadgets to aid in the crimes. Some create holographic images to distract guards, others briefly allow our hero the ability to run over rackety floors in silence.

The story, from "Thomas Was Alone" creator Mike Bithell, is told largely through voice-overs and in-game texts. We hear and read of national debates surrounding the actions of one Rob Locksley, the game's protagonist, whose primary target is the most powerful corporation in England. "There are no shortcuts, no matter what the idle or weak may tell you," its CEO intones to Rob at the game's halfway point. He doesn't buy it, dreaming of a world in which "birth didn't define your role."

Along the way, Rob is immortalized in hip-hop songs and denigrated as a good-for-nothing gamer. "Volume" comes with a sci-fi twist that can be slightly complicated to explain. Essentially, Rob isn't robbing anyone. He's running around virtual re-creations of the homes and workplaces of the upper class — nothing, after all, is private anymore — in an effort to show the public how easy it is to steal.

In short, he's running a game within a game, but his goals — to "show us how to save ourselves" — are lofty. As the player moves from level to level, Rob gains viewers and we learn that his audience is mimicking his actions.

"It's harder in person, but … it worked," writes one of Rob's fans with an ailing mother. "I took what we needed and nothing more," says the anonymous admirer of Rob's handiwork.

There are 100 levels, and each is filled with a mix of artificially intelligent guards, digital watchdogs or alarm-sounding lasers, among other noise-making calamities. As a premise, the game is simple: Just don't be seen — or heard. This is standard-operating procedure in the stealth-game genre, but few are as focused in its ideas as "Volume."

Levels, too, are bite-sized challenges. Experienced gamers could probably complete each puzzle in 10 to 15 minutes. A few, especially those with tightly cropped lasers, took me and my shaky hands upwards of 25 minutes or more.

The way the game evolves makes it easy to get hooked. When new gadgets are introduced, the difficulty bar feels immediately lowered, allowing players to get acclimated to the fresh toys. "Volume" gradually ramps back up, requiring digital trinkets to be mixed and matched and one to take the time to recognize the patterns of the guards or watchdogs.

Different characters come with different cones of vision. Sometimes the solution is as simple as a whistle and a dash. Other times, the guards' overlapping sightlines will require a slow dance with the game's walls. For those who don't rush past the game's story, the plot serves as a socially conscious motivator.

As "Volume" unfolds, it more and more becomes a screed against the greedy, viewing those with outrageous salaries with contempt and the media as complacent. Cheesy, metaphor-addled journalism is littered throughout the game. "The walls" of one fancy corporation "ooze ambition," reads one article.

Yet there are narrative complications, as some even view our hero as suspect. He's middle-class, and thus what does he know about giving voice to the voiceless? After all, he's not the one getting his hands dirty. "Any idiot with a video game can record it and upload it to the net," rants one of the in-game commentators.

True, but that's where "Volume" raises its grandest, and, to some, perhaps most frightening question: What if all the tools to staging a revolution are right there in front of us?

Geeks are the new overlords. Great. Now can we get over ourselves? 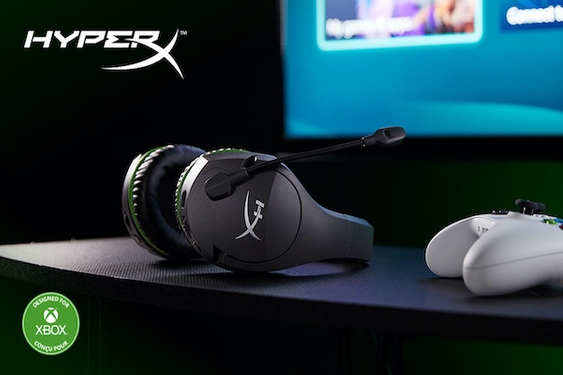