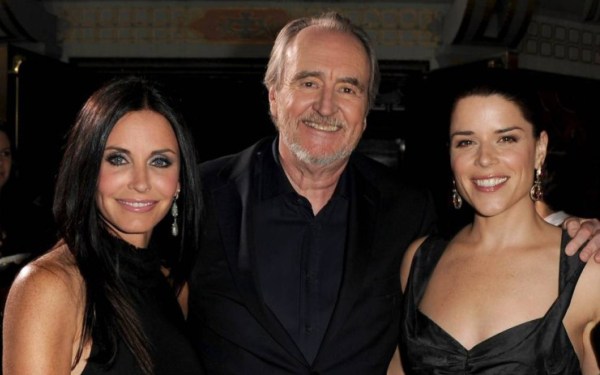 Fittingly for someone so closely associated with two enduring, ongoing movie series, Wes Craven had a knack for reinvention. Known primarily as a master of horror filmmaking, as director, writer and producer, he upended the genre more than once, rewriting rules he had himself had a hand in creating.

From his disturbing debut feature, 1972’s “The Last House on the Left,” ferociously unnerving in its psychological realism, Craven would veer toward a more pop, commercial realm by 1984 with “A Nightmare on Elm Street” without sacrificing any of his ability to scare audiences. After a series of “Elm Street” sequels in which he had varying levels of involvement, he directed 1996’s self-aware “Scream,” again shaking viewers from their complacency and launching another enduring series.

His influence as an American horror filmmaker is rivaled only by that of George Romero and John Carpenter, and so Craven’s death Sunday at 76 is one for which fans likely are not ready. Even when audiences thought they knew what was coming in a Craven film, seeking solace and satisfaction in being in on it together, in his hands the scares would still land for real, defying expectations to create a feeling that the ground was moving under our feet.

Though horror filmmaking can give vent to underlying anxieties of the cultural collective, a psychic safety valve, the genre is also typically seen as something disreputable. Craven himself was never nominated for an Oscar or a Golden Globe — he did direct Meryl Streep to an Oscar nomination for 1999’s “Music of the Heart” — yet his films said more and told us more about ourselves than countless more conventionally respectable films.

“The Last House on the Left” gutted any naivete remaining after the 1960s, a post-Manson, post-Altamont take on the dangers that lurked at the edges of letting it all hang out, its dark kidnapping tale tapping into underlying feelings of isolation and helplessness.

“A Nightmare on Elm Street” tore apart the Reagan-oid ‘80s, slashing through the facade of prosperity and suburban safety. “Scream” created a peak-’90s moment by exploring how glib self-awareness is not the same as self-understanding. Though it is possible to knowingly giggle at the rules of horror filmmaking — to feign a knowledge of how the world works — that does not exempt one from consequence, as human foible and frailty can never be fully overcome.

As Craven’s “Scream” franchise was reinvented as an MTV television series recently for a younger generation, it seemed particularly surprising to realize that the original film was nearly 20 years old. The ironic tone of that original still seems modern, current, as it arrived amid a post-“Pulp Fiction” wave of postmodern self-referential films.

What was different about Craven, of course, was that he still meant it, that in his hands the “Scream” films could laugh at the horror formulas the “Elm Street” movies had no small role in solidifying — look at that girl alone in a house, can you believe that nerd is opening that door? — and then still whomp viewers with the unexpected. The scares stayed scary.

Born in Cleveland, Craven was raised in a fundamentalist Baptist household and said he didn’t see a real movie until he was out of college. He earned a master’s in philosophy from Johns Hopkins University and was pursuing a teaching career before leaping to filmmaking and “The Last House on the Left.”

For someone who came to cinema somewhat late in life, he took to it straightaway. “The Last House on the Left” is not a horror picture in the sense of ghosts or the supernatural but rather for its deeply horrifying vision of humanity. With its tale of kidnapping, rape and revenge — partly inspired by Ingmar Bergman’s “The Virgin Spring” — the movie leaves any reasonable person watching it disillusioned and more than a little repulsed, not just by what was on screen but also by the very idea of people and society and what we are capable of inflicting upon one another.

Yet there was always something playful in Craven’s work as well. The 1994 film “Wes Craven’s New Nightmare” even made a joke of that possessory credit in the title, as Craven appeared as himself in the film, as did actors from previous “Nightmare” movies. The by-then archetypal character of Freddy Krueger, who had by that time become more cartoon than creature, was portrayed as jumping from movie reality into reality-reality. As Craven delighted in the story’s twisted layering, what had come to seem harmless was suddenly again terrifying.

In a 1994 interview with The Times for his “New Nightmare,” Craven said: “And the fact that I make horror films, there’s always been a part of me that has always agreed with the worst of my critics, that this is a terrible thing to be doing. At a certain point, it’s like, why? You speak to an audience. You express a legitimate part of yourself and of humanity. Why look down on it yourself? Just love it.”

A 1985 Times headline after the success of “A Nightmare on Elm Street” referred to Craven as the “Sultan of Slash.” The inner conflict he expressed over such nicknames also revealed how honest he could be as a filmmaker, playing out his own feelings via a world of dark fantasy, a diary of anxiety written in blood.

Even as a master of genre and reinvention, Wes Craven was a filmmaker who could not be reimagined, rebooted, sequelized or re-created. He was a filmmaker who became such a part of the cultural landscape for so long, and in many incarnations from outsider to commercial craftsman to elder statesman, that it was easy to assume he would always be there. The sad, stunning realization of his absence is now his biggest shock of all.

Special Features
Digital theater is all the rage, but could it destroy the live stage?
223 views