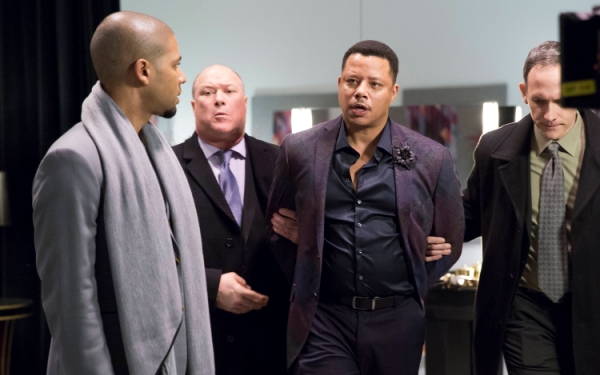 “Empire” caught everyone by surprise.

The FOX family drama that plays out against the cutthroat world of the music industry opened strong when it launched as a mid-season replacement in January. What no one expected was for the ratings to climb each week until the season finale attracted almost 17 million viewers.

It’s been a decade since a freshman series (“Grey’s Anatomy”) has ended with such high ratings.

“We all loved the show. We thought the show was great. Even when we saw it in the pilot form. I think we were all surprised that it did that well, that every single week it climbed and continued to sort of live on a trajectory that was going forward,” says Brian Grazer, an “Empire” executive producer.

Even bigger is that this is the first one-hour network drama with a predominantly black cast to get a second season order.

“First off, I’m very excited that we are picked up,” says series creator Lee Daniels. “I’m lucky to be working. I spoke to my cast when we didn’t get an Emmy nomination. Terrence (Howard) and I had a moment. We are lucky to be employed. We are blessed. God has blessed me to be employed and in front of you right now and in a show that I enjoy going to work to. I could be unemployed. So many of my peers, people that I respect, are unemployed. So I am honored to just go to work.”

The second season opens Sept. 23. If you are already watching the most addictive family drama since J.R. Ewing ruled the ratings through “Dallas,” you know why the show has been such a big hit. Here are some reasons why fans are so rabid for those of you who haven’t felt the show’s intoxicating beat.

The series is the creation of Lee Daniels, whose past work includes “Lee Daniels’ The Butler,” “Precious” and “Shadowboxer.” “Empire” is designed to look at a specific family, but Daniels believes there’s a broad appeal to their story.

“I think that what we were trying to do was tell a story that was universal. It happened to be in the hip-hop world,” says Daniels. “It was really based on ‘The Lion in Winter.’ It was a dynasty. It was the American dream that it’s not just about an African-American experience. Yes, I’m African-American. It’s my experience. But it’s the American dream that we were trying to tell.”

The show is using the same soap opera form that has made programs from daytime dramas to prime-time offerings, such as “Dallas” or “Knots Landing,” so successful.

These are people who live in a world of privilege, but they face the same emotional trials and tribulations: falling in love, adultery, sibling rivalries, greed, success, betrayal and lust.

The challenge for the show’s creative team and actors is to keep making the emotional stakes higher. Star Taraji P. Henson hasn’t seen this approach on network television in a long time.

“Primetime network television has been so safe for so long. And I think that’s why ‘Empire’ has had the impact that it has had,” Henson says. “It’s almost like the cable formula, we’re just not using the words. We can’t say certain words but, you know, Cookie can certainly say it with a look, and you know what she means. I’m just always blown away by the stories that they come up with.”

When a show becomes a hit, there’s a rush to be part of that success even by those who don’t traditionally act.

Because “Empire” uses the music industry as a background, the show has been able to incorporate a lot of big-name guest stars, many playing characters and some — like Snoop Dogg — appearing as themselves.

Even when those from the music world are playing characters, they bring with them an immediate fan base that gives a bump to the ratings.

“Dallas” became a massive hit in the 1970s and ‘80s because it was always the water-cooler topic the day after an episode aired. These days with social media, there’s no reason to wait until the next day to discuss the latest events on “Empire.”

The producers, directors and writers of “Empire” know immediately what fans like and don’t like about the show. Viewers get to be active members of the “Empire” family by sharing their opinions.

“It factors into our thinking all the time. We don’t change the stories we want to tell because somebody said something on Twitter about it, but it’s always in our thinking,” says Ilene Chaiken, co-executive producer. “And, also, we tell stories about social media. We’re telling stories about a world in which social media is a huge player, and it becomes seamless and very meta for us.”

Analyze this show all you want, but there’s really only one reason this show has become a hit: Henson’s character of Cookie Lyon.

Part Lady Macbeth and part Foxy Brown, this is a woman who can cut you in a variety of ways. The extreme personality works because of Henson, who says she’s having the time of her life playing the role that blends fiction and fact.

“I would say that probably 80 percent is Cookie and maybe 20 percent is Taraji. I mean, every character that I portray, I bring a little bit of my life and experience to it. I’m not as bold as she is. I have to be politically correct in what I say,” Henson says.

The actress adds that she sees a whole lot of Suge Knight — co-founder of Death Row Records — in the character.

Henson gives credit to the writers for making the character so memorable.

“The writing is so rich. It’s there. It’s all on the page. I really just show up and they put me in the hair and makeup and then I have this incredible material to work with. It’s kind of easy to do, because it’s there on the page,” Henson says.

Cookie will continue to be the big factor in “Empire.” Year two — going from 12 to 18 episodes — looks to be just more of the same.

“All we want to do is continue to do ‘Empire,’” says Daniels, “in the most honest way that we can.”

“The streets ain’t made for everybody. That’s why they made sidewalks.”

“Pretty white girls always are (right). Even when they ain’t.”

“Better be glad I don’t feel like no scene today because I’d shut it down.”

“Well what can you do, Yoko? Can you play the tambourine?”

“Just ‘cause I asked Jesus to forgive you, don’t mean I do.”

“You know I was never into wearing all them damn weaves. Girls walking around with their scalps smelling like goat ass.”