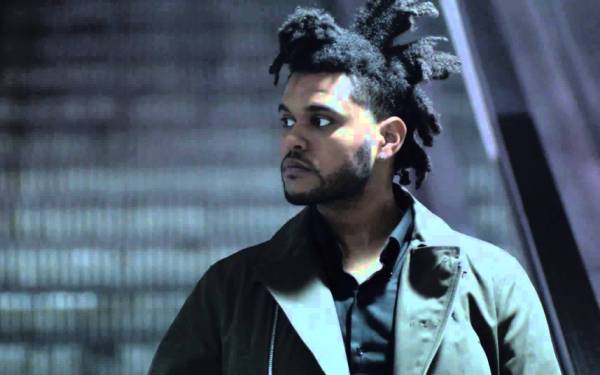 ‘Beauty Behind the Madness’

In the video for the song that dominated the summer, The Weeknd’s “Can’t Feel My Face,” Abel Tesfaye goes up in flames. And he does it while busting dance moves that belie the singer-songwriter-producer’s reputation for moody introspection. As he dances, a club full of celebrants joins him, and not even his immolation can stop the party. It’s disturbing but addictive, cyanide with a pop-candy exterior.

The song struts as if lifted from a Michael Jackson mix tape; Tesfaye himself has embraced the comparison, even covering Jackson’s “Dirty Diana” on one of his earlier recordings. It’s bright and ebullient, co-written by pop producer Max Martin, whose fingerprints are all over the Top 40 for the last 20 years. And yet the song is an ode to self-destruction, a love song to cocaine: “And I know she’ll be the death of me, at least we’ll both be numb / And she’ll always get the best of me, the worst is yet to come.” The drug assumes a personality that eventually reduces him to ash.

Pop music doesn’t get much darker, and that is Tesfaye’s greatest accomplishment on his latest album, “Beauty Behind the Madness” (XO/Republic). He’s no longer a mysterious, underground loner but a pop star — one who turns his poisonous flaws into hooks. His initial batch of mix tapes were fascinating but claustrophobic, intensely interior monologues of isolation and perversion wrapped in foreboding soundscapes. His 2013 album, “Kiss Land,” turned a love affair into a horror movie.

In each of his recordings, Tesfaye describes a lifestyle that equates hedonism with death. Love? Love would require feeling, and Tesfaye’s narrators inevitably try to destroy feeling.

“Beauty Behind the Madness” doesn’t try to redeem the unredeemable, but it opens things up to the light. Instead of just working with his usual studio cronies, Tesfaye collaborates with mainstream producers such as Martin, Kanye West, Stephen Moccio and Mike Dean, and there’s even a nearly unfathomable duet with milquetoast singer-songwriter Ed Sheeran that somehow works because Tesfaye’s artistic voice is so resistant to sappiness. The crisper arrangements and more emphatic choruses have put the Weeknd on the charts — “Can’t Feel My Face” is a No. 1 single, and the ballad “Earned It” went top five. These gestures soften some of the blows Tesfaye so routinely dishes out, even as he continues to play the decadent rogue.

Unlike some of his pop peers who turn their marauding into a boast, their sexual conquests into trophies, Tesfaye frames his degradation as a cautionary tale. He takes the anxiety, self-doubt and conflicted emotions of the characters created by his advocate Drake and ratchets them up into self-loathing and self-destruction. That they are partially redeemed by hints of vulnerability and his newfound pop sensibility doesn’t make them any easier to love. Tesfaye doesn’t want to be cuddly. He’s aiming for harder truths, creating pop that also works as a commentary on choice and consequence.

The album opens with a reference to the narrator’s mother — the one moral compass on the singer’s wayward path. She disapproves of what he’s become, and hovering in the background of many of these songs is the narrator’s sense of guilt about disappointing the one person on the planet who actually cares about him. The next few songs describe a self-absorption magnified by drugs and sex. Sparse, expertly deployed R. Kelly-like piano and drum accents on “Tell Your Friends” provide a backdrop for a night crawler who mutters, “I used to wander around the town when I was homeless . now we got choices,” and the ones he makes are despicable. Addiction to sex and drugs consume “Often” and “The Hills,” Tesfaye’s tremulous, high-pitched voice descending into a slurred monotone.

The album pivots at “Can’t Feel My Face,” and there’s a hint of transformation. Empathy arises in the string-streaked “Earned It,” the oddly comforting “As you Are” and the Martin-produced “In the Night,” a sleek pop ballad with a heavy undertow that sounds like a future hit. In contrast, “Prisoner” casts exactly the right character for its Edgar Allen Poe-like tale of being entombed by addiction: Lana Del Rey, who sounds as wasted as Tesfaye. In “Dark Times,” the singer emerges with “another man’s blood on my clothes” and begins to pull away from an abusive relationship. In “Angel” he ends it with a wish, “I hope you find somebody to love.” It’s not about self-pity. It’s a last-ditch attempt to allow at least one person in this toxic relationship to get out alive.