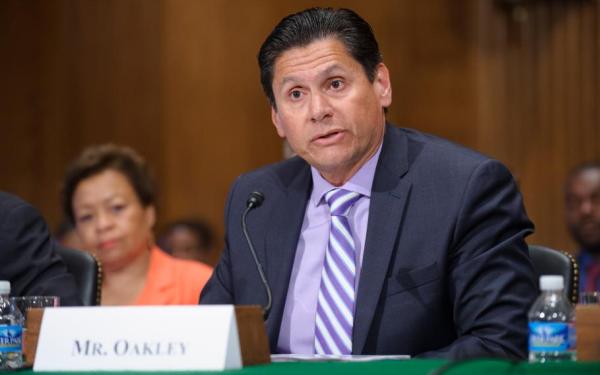 A state Senate committee on Wednesday unanimously approved the confirmation of three appointees to the UC Board of Regents, with senators noting the unusual circumstance that all three nominees are minorities.

The Senate Rules Committee voted 4 to 0 for the appointments of former Assembly Speaker John A. Perez; Eloy Ortiz Oakley, who is superintendent and president of Long Beach City College; and Gareth Elliott, Gov. Jerry Brown’s former legislative affairs secretary who is now working as a lobbyist. They were nominated by the governor.

“It is a reflection of the rich diversity of the state of California,” he said.

The three already have been serving on the board that governs the 10-campus UC system for months -- Perez and Oakley since November and Elliott since January -- and need to have their appointments approved by the state Senate within a year of their appointments or lose the position. After Wednesday’s vote, their confirmations by the full Senate seems certain as soon as next week.

The UC regents board has 26 members, including 18 appointed by regents and the governor himself. The gubernatorial appointees are not paid and their terms are usually for 12 years, although Perez and Oakley have until 2024 and Elliott until 2025 because of Brown's delays in filling vacancies.  Including the three reviewed Wednesday, seven of the 18 gubernatorial appointees are Latino or black.

During the hearing Wednesday, senators urged the new regents to work on increasing enrollment of low-income and minority students at UC without violating the state ban on affirmative action for admissions and to bolster the numbers of transfer students from a wider array of community colleges.

Senators also said that UC should increase enrollment of California undergraduates and be mindful that many state residents are upset about the rising numbers of UC students from other states and countries, even though non-Californians pay much higher tuition than in-state students do.

The three Brown appointments originally were seen by some observers as an effort by the governor to increase his sway on the board when he was squabbling with UC President Janet Napolitano over her proposal to raise tuition.

However, in May,  Brown and Napolitano came to a funding agreement that will freeze tuition for two more years, making it five years in a row of no hikes for undergraduates.