Legend becomes villain in Steve Jobs: The Man in the Machine 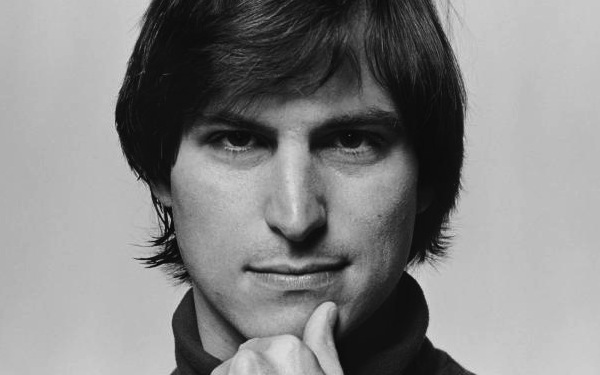 We all think we know the man called Steve Jobs. We know he helmed the creation of a world-changing technology. We know he was a genius. We know he was a mad genius, even. What most of us may not know, however, is the extent to which that madness drove him. In Alex Gibney’s latest documentary Steve Jobs: Man in the Machine, we become to understand that while Steve Jobs was indeed all these things, he was also one of the greatest villains of our time.

First and foremost, we can be thankful that someone like Gibney was the artist who took on the arduous, and incredibly complicated task of investigating Jobs. A director known for issuing no sympathy for the wrongdoers of our dark world in documentaries like Going Clear: Scientology and the Prison of Belief (2015) and Oscar-winning Taxi to the Dark Side (2005), Gibney finds his strength in his inability to ask why.

So when it came to Steve Jobs and his unmatchable legacy in our ever-growing technological society, his question of why was rather simple: why did we, the world, mourn the loss of someone we hardly knew? And I mean really knew? And this question is the primary intrigue of Steve Jobs, because, for Gibney, this was the springboard for his examination of not just Jobs and his status as a trailblazing icon, but more importantly of us, the consumers, the fans, the ones who consider Jobs and his products Gods of the mortal world.

Just as you might expect, Gibney begins his exploration with beloved Apple in its earliest forms. Interviews with some of Jobs’ most intimate collaborators immediately begin to give us hints into the unwavering mastermindedness that would soon propel Jobs to unrivaled success. From fellow engineers who worked with Jobs from the beginning to Steve “Woz” Wozniak, perhaps the most infamous of Jobs’ victims, we immediately begin to realize that he left a complex impact on those he encountered in his day-to-day life. Its especially in an interview with one of his earliest designers who blames Jobs for derailing his life, but then goes on to sob as he reads a eulogy in his honor, that we see the man cannot be defined in simple black and white terms.

But maybe this is something we already heard—that to be a genius and achieve what he did, Jobs had to step on some toes in the workplace. Gibney, however, was not satisfied with that. From that point, he delves into Jobs’ personal and spiritual life—a realm that holds many uncomfortable truths about the man so many people blindly idolized.

Held up to the likes of his previous subject of contention in Going Clear, specifically Scientology’s founder Ron L. Hubbard, a reality hits you—one that makes you squirm to your core as you read this on your Mac or iPhone—that Jobs may very well be the greater of the two evils.

The strength in Steve Jobs lies in its relentless nature, because Gibney not only deals with the man himself, but the company that he controlled, which began to wield way more power than an insentient being should. From its bully tactics, to its outright corporate burglary, Apple was anything but sweet.

Gibney’s does reach a point of fault, however, and it lies also in his relentless nature, which led him to telling an overreaching and long-winded story. At 127 minutes, Steve Jobs starts to take on the roll of a punching bag.

This alone may cause the belief  thatGibney and his route of attack on a man who can no longer defend himself is unfair, but really his film is, in turn, an attack on our own frame of mind and culture. He may get a bit heavy-handed in his reflection on our belittled isolated selves, but the truth is there. As I type this on my ever-stalwart MacBook with my iPhone lying next to me, I find myself cringing at the implications of the world Steve created. The fact that as I left the theater I craved to snap my phone over my knee, but didn’t, is a simple enough testament to the physical, but more importantly, emotional reliance we have grown so accustomed to living with.

Steve Jobs: Man in the Machine opens at The Nuart Theatre on Friday, Sept. 4th.