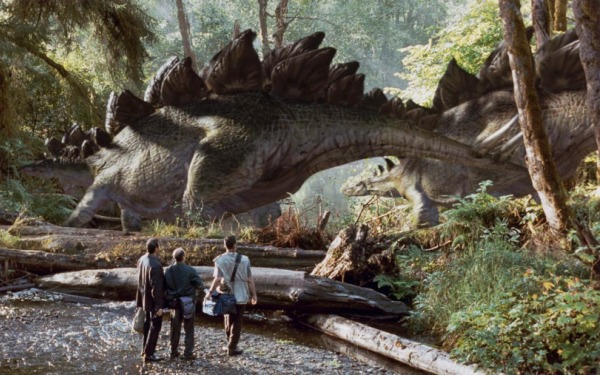 This year, “Jurassic World” became the biggest summer movie moneymaker of all time. The top four films released between May 1 and Labor Day collectively outgrossed last year’s big four by more than $725 million and 2013’s by over $445 million. With Labor Day falling as late on the calendar as it possibly can, summer 2015 also enjoyed extra days of business.

So how come this year’s warm weather frame is going to fall short of 2013’s $4.752 billion North American box office record? The global media measurement company Rentrak estimates summer ’15’s total gross will be around $4.480 billion when everything’s added up Tuesday. Good for a solid, all-time second-place finish (2011 is now third with $4.405 billion). But why not the Boxofficerus rex it should have been?

Because even with “Jurassic” being the third largest movie ever (James Cameron’s December releases “Avatar” and “Titanic” remain the top two) by grossing $647 million as of Sunday, followed by “Avengers: Age of Ultron” at $458 million, “Inside Out” $348 million and “Minions” $329?million, there was apparently only so much moviegoing money to throw around. With those high-charting films obviously enjoying extensive repeat viewings, attendance at others wasn’t quite what it could have been.

“It was a very top heavy season,” Rentrak’s senior media analyst Paul Dergarabedian observed. “You have to have a strong foundation to build a record box office summer, and that foundation is usually built upon the films that are not necessarily the absolute home runs but the doubles and the triples that populate the next lower tier down.”

The year-to-year comparisons follow that pattern farther down the chart.

“It really goes down, like 10 to 20 percent,” said Jody O’Riordan, box office analyst for the industry professionals database Studio System.

Another factor in this not-quite-record summer performance is the failure of a few big bets, most notably Fox’s embarrassing “Fantastic Four” reboot (only $54 million after a month in release). Sony’s $88 million investment in Adam Sandler’s more elaborate than usual “Pixels” has yet to yield $75 million. “The Man from U.N.C.L.E.,” the usually reliable Meryl Streep’s “Ricki and the Flash” and the next gen “Vacation” were also among what O’Riordan calls the “late summer disappointments.”

“After we had the biggest opening weekend of all time with ‘Jurassic World’ [$208.8 million], I was thinking that we’d have our first $5 billion summer,” Dergarabedian recalled. “It just shows you that if a few films don’t live up to expectations, that could deduct $400 million or more.”

Earlier, Disney failed to turn its theme park-inspired “Tomorrowland” ($93 million, but with a lot more riding on it) into a franchisable product on the order of its Marvel (“Avengers,” “Ant-Man”) and Pixar (“Inside Out”) properties. But don’t cry for the Mouse; those other three hits gave it a whopping 25 percent of the summer’s market share.

Well, perhaps a few tears are being shed at the Burbank studio, since it isn’t in Universal City. Already flush from winter and spring hits “Fifty Shades of Grey” and “Furious 7,” Universal dominated the summer box office like no studio has before to the tune of 35 percent percent market share. “Jurassic,” “Minions,” “Pitch 2,” “Trainwreck” and the only August release that hit it out of the park (and still is), “Straight Outta Compton,” turned out to be a legendary slate. That “Ted 2” was also on it is hardly even worth acknowledging.

Universal and Disney had all of the top five summer releases. “Ant-Man” is seventh and “Compton” is 10th and climbing.

Slots 11 and 12, by the way, are occupied by the Melissa McCarthy romp “Spy” and Amy Schumer’s raunchy “Trainwreck.” Add them to the girl-focused “Inside Out” and the Elizabeth Banks-directed “Pitch” and you’ve got quite the argument that women can sell tickets in the traditionally testosterone-drenched summer season.

Make the not-too-hard case that current summer release No. 9, “Mad Max: Fury Road,” is an overtly feminist work and the point is strengthened. And it’s only half a joke to point out that “Jurassic’s” biggest, baddest draw, Indominus rex, was female, and the way Bryce Dallas Howard did all of her dino-fighting in heels may have been the most heroic act seen all year.

“I would say women did excellently” this summer, O’Riordan noted. “I don’t think it was too long ago that the production chief at Warner Bros. said you couldn’t open a movie with a woman, and this is good proof that you can.”

Not in every case, though. While the entertaining studio releases did well, many smaller, more adventurous femme films, such as the critically acclaimed Kristen Wiig pair “Welcome to Me” and “Diary of a Teenage Girl,” struggled to find audiences.

There was a big uptick in indie releases this summer, and while some horror flicks and the dumb-and-wide-as-a-studio-release “Southpaw” did OK, the likes of “Dope,” “Mr. Holmes” and “The End of the Tour” haven’t reached the heights of last year’s indie hits “Chef” and “Boyhood.”

“In hindsight, maybe it was not the best idea to release so many indies this summer, considering how dominated the conversation was about the big films that were breaking all these records,” Dergarabedian proposed. “It was hard to rise above the extreme noise of the ‘Jurassic Worlds,’ the ‘Inside Outs,’ the ‘Straight Outta Comptons.’ This summer was a really tough one in which your indie movie could get noticed.”

Really, though, what are we complaining about? Even a perceived stinker like “Terminator: Genisys” made something like $200?million in China alone, and most of the U.S./Canada hits did multiples of those grosses overseas. Year to date, 2015 is only around $20 million behind 2013, and with new James Bond, “Hunger Games,” Rocky and the mother brand of them all, “Star Wars,” movies coming out later this year, 2015 should end at the top.

“There’s speculation that ‘Star Wars’ opening weekend could be $300 million,” Dergarabedian marveled. “I think a record year is assured.”