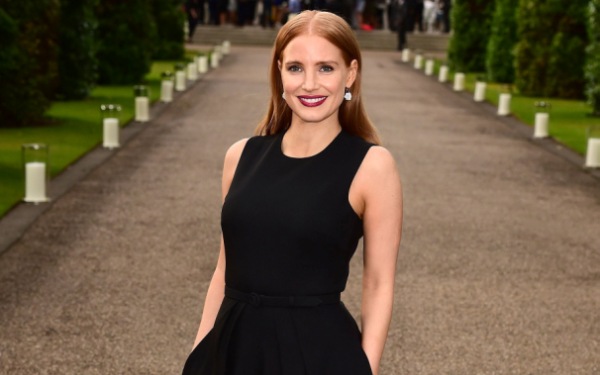 “You caught me at the best time — I’m so relaxed,” Jessica Chastain said on a recent afternoon, speaking by phone from her home in New York. The actress had just returned the previous night from a two-week trip to Jamaica, a rare respite from an otherwise hectic schedule.

Since breaking out in 2011 with performances in such films as “The Debt,” “Take Shelter” and “The Tree of Life,” Chastain, 38, has been in constant demand. In the last four years, she has scored two Oscar nominations — for her work as a kind-hearted Southern belle in “The Help” and a hard-charging CIA analyst hunting Osama bin Laden in “Zero Dark Thirty” — a head-spinning turn of events for an actress who spent the first years of her career slogging away in relative obscurity.

As a testament to her lack of down time, she stars in a pair of highly anticipated films opening within two weeks of each other next month: Ridley Scott’s sci-fi movie “The Martian” and Guillermo del Toro’s gothic horror-romance “Crimson Peak.”

In “The Martian,” in theaters Oct. 2 and based on the bestselling novel by Andy Weir, Chastain plays the leader of a NASA expedition to Mars who accidentally leaves a crew member (Matt Damon) behind and then spearheads a mission to go back and save him. Think a 21st century “Robinson Crusoe” on a planet millions of miles away, with Damon as the stranded castaway and Chastain heading up the rescue party.

A firm believer in deep research, Chastain — who grew up in Sacramento and studied acting at Juilliard — threw herself into learning everything she could about space exploration before embarking on the film, meeting with scientists and astronauts at the Jet Propulsion Laboratory in Pasadena and the Lyndon B. Johnson Space Center in Houston. “The inner geek in me went wild,” she said.

In Houston, Chastain spent time with astronaut Tracy Caldwell Dyson, who became a key source of inspiration. “I based a lot of my performance on Tracy,” Chastain said. “She’s very matter of fact, very straightforward. My character is dealing with the guilt of leaving a crew member behind, but she’s still responsible for the lives of five other crew mates. I tried to play her as Tracy would have been in those moments.”

Though the flinty, no-nonsense Cmdr. Lewis is far removed from the ethereal, graceful mother Chastain played in Terrence Malick’s “The Tree of Life,” it was that performance that first grabbed Scott’s attention and made him want to work with the actress.

“I watched ‘The Tree of Life’ and thought, ‘Who the hell is that?’” Scott remembered. “She hardly speaks in that film, and yet her face says everything.”

“Crimson Peak,” which hits theaters Oct. 16, shows off a far darker aspect of Chastain’s range. The actress plays Lady Lucille Sharpe, a mysterious woman with a twisted family secret who, along with her brother (Tom Hiddleston), lures a young author (Mia Wasikowska) to their crumbling, haunted estate in England for less than wholesome purposes.

Though Lucille is ostensibly the film’s villain, Chastain approached the character from a place of profound empathy, reading graveyard poetry and watching films like “Rebecca,” “Misery” and “What Ever Happened to Baby Jane?” to get in the proper mind-set. “I’d never played anyone who was so intensely lonely,” she said. “I don’t see Lucille as a monster. I have compassion for how she became what she is.”

“There’s nothing in Jessica’s resume that is remotely similar to Lucille,” said Del Toro, who first worked with Chastain on the 2013 supernatural thriller “Mama,” which he produced. “She’s an insane character, and it’s hard to understand her logic except in a psychopathic way. But my faith was that Jessica could make her really formidable but also ultimately accessible.”

The film — which Chastain shot simultaneously with last year’s gritty crime drama “A Most Violent Year” — proved both physically and emotionally draining for the actress. “I’m not a dark person, so finding a way into Lucille every day was not naturally where I wanted to be,” she said. “Even getting into the skin of who she was — wearing these very tight corsets and this heavy wig — was painful. It hurt to be her.”

Not that Chastain is complaining. After years of countless auditions, doing guest parts on TV shows and facing rejection after rejection, tackling these sorts of rich characters — which she will follow with turns in the action-adventure fantasy “The Huntsman” and the big-screen adaptation of the nonfiction bestseller “The Zookeeper’s Wife” — is something close to bliss.

“I never had high expectations. I just really wanted to support myself acting,” Chastain said. “I’m still shocked by the opportunities that are being given to me. I know how kind of impossible it is to have the career that I have.”