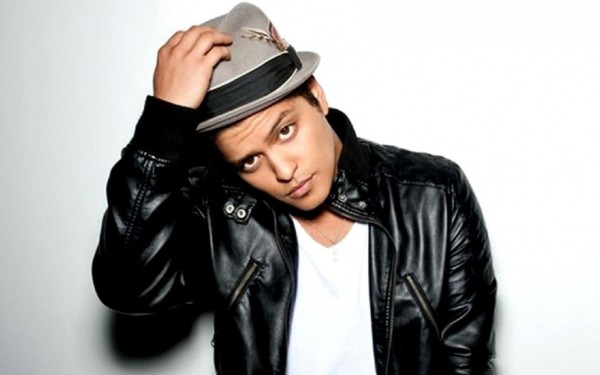 Or so we thought. Looks like he might get a chance to make it twice in a lifetime. Multiple media outlets are reporting that the NFL has invited Mars back for the halftime show at Super Bowl 50 at the end of this season. (The NFL is ditching the Roman numeral L for this latest Super Bowl.)

So why Mars again? And why so soon?

Well, according to Nielsen, his 2014 performance was watched by 115 million viewers, which was a record until Katy Perry beat it with 121 viewers this year.

Plus, since he last took the stage during the NFL's biggest game, Mars was the featured vocalist on one of the biggest pop hits of all time -- Mark Ronson's "Uptown Funk," which spent 14 weeks atop Billboard's Hot 100 chart.

Gloria Estefan has made three appearances, once as a headliner and twice as part of a mishmash of performers the Super Bowl sometimes loves to throw together. Justin Timberlake (once as a member of *NSYNC) and Nelly appeared twice as part of a collection of musical acts.

Back in the day (way back), Carol Channing also performed two separate times.

But Mars really has some work to do if he wants to catch the all-time champs, or even break into the top two. The Up With People performance group put on productions at five Super Bowls, most recently in 1986.

And the chart-busting, pop cultural icon that leads the way with six Super Bowl halftime shows is ... the Grambling State University marching band, which last appeared in 1998.

Who knows, maybe the NFL wants all those acts back too (except probably Timberlake, after the Janet Jackson wardrobe malfunction). After all, it is the big game's 50th anniversary -- maybe some sort of gathering of some of the top former performers is in order.

We all know how much the Super Bowl loves those random ensembles of musical artists.