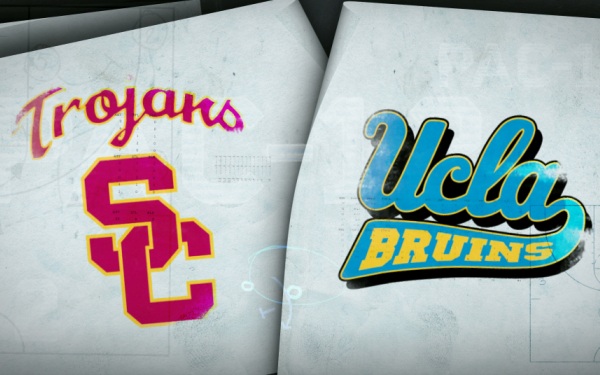 UCLA and USC are tied for the third time in four years in the closely-watched rankings of national universities compiled by U.S. News & World Report.

The two Los Angeles campuses are in a three-way tie at 23 with Carnegie-Mellon University in Pittsburgh, according to the listing being released Wednesday by the magazine. Last year, UCLA was at 23 with the University of Virginia, and USC was at 25 with Carnegie-Mellon; the year before that, they were among a five-way tie for the 23rd berth, and in 2012 they were among three ranked 24th.

The UC system had six campuses among the top 50 national universities, public or private.  UC Berkeley was 20th best; UC Santa Barbara was tied at 37 with Case Western Reserve of Ohio; UC Irvine and UC San Diego shared the 39th spot; UC Davis was tied for 41 with five other universities, including University of Wisconsin-Madison and Boston University.

UC Berkeley was listed as the top public university in the nation, a spot it has often achieved, and UCLA was second, followed by the University of Virginia, University of Michigan at Ann Arbor and University of North Carolina at Chapel Hill.

The top university rankings, including public and private, were similar to last year’s, with two California schools – Stanford and Caltech - in the top 10. Princeton University was listed as the best university in the nation, followed by Harvard and Yale; Columbia, Stanford and the University of Chicago tied for 4th; then, Massachusetts Institute of Technology, Duke, University of Pennsylvania and a tie for tenth between Caltech and Johns Hopkins.

In a separate list, five schools in the Claremont Colleges Consortium are ranked among the top 40 liberal arts colleges that draw a national base. Those included Pomona College, tied at 4th with Bowdoin, Middlebury, and Wellesley; Claremont McKenna, tied for 9th with Davidson and the U.S. Naval Academy; Harvey Mudd, tied for 14th with four other schools; Scripps, sharing 29 with two others; and Pitzer, at 36. The top national liberal arts colleges in the list are Williams in first place, followed by Amherst and Swarthmore. Occidental College of Los Angeles shared 43 with Trinity of Connecticut.

The listing uses such criteria as students’ SAT scores, admissions competitiveness, schools’ financial resources, alumni giving rates, graduation rates and student/faculty ratio. It has been criticized over the years for giving too much credence to schools' wealth and selectivity in admissions, and critics allege the data can be manipulated by colleges. Still parents, students and school governing boards track it carefully.