Prince works hard on ‘HitNRun Phase One’; he hits and misses 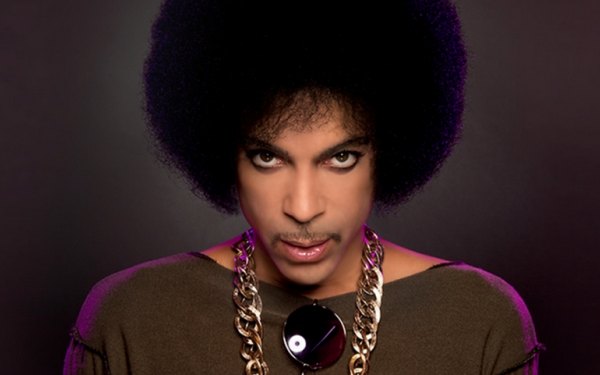 It makes sense that Prince chose Labor Day to deliver his new album, given the emphasis he’s put lately on his devotion to work.

Released early Monday exclusively on the streaming service Tidal, “HitNRun Phase One” comes less than a year after “Art Official Age” and “PlectrumElectrum,” the two discs Prince put out last fall as part of an unexpected rapprochement with his old major label, Warner Bros. Records. The album also follows a couple of stray singles, including “Stare” and “Baltimore,” issued through various digital-music providers — a means of distribution he famously declared “completely over” in 2010.

Even the title of the new record, drawn from Prince’s current tour (on which he’s been announcing concerts just days before they happen), leads you to believe that a second volume could be on the way. For a guy who not long ago seemed ambivalent about re-entering the pop mainstream, this frenzy of activity feels like a sign that he wants to be part of the conversation again.

So does the sound of many of his latest songs. As he did for “Art Official Age,” Prince, 57, enlisted Joshua Welton (who’s married to the drummer in Prince’s band 3rdeyegirl) to co-produce “HitNRun,” and like the earlier record, the new one pulls deeply from the kind of electronic dance music that now dominates pop.

“Shut This Down” has processed robot voices and stuttering dubstep synths, while “Ain’t About 2 Stop” puts a menacing machine beat under duet vocals by Prince and the British striver Rita Ora, who knows something about co-opting trendy styles. “X’s Face,” with a stark industrial-funk groove, suggests an EDM remix of Prince’s great 2006 single “Black Sweat.”

As that song makes clear, Prince’s fresh dialect utilizes bits of his established grammar. In “This Could B Us,” for instance, he drops a clipped rhythm guitar lick among the layered keyboard parts, connecting it not only to the cleaner-lined R&B version of the song that appeared on “Art Official Age” but to old hits like “Kiss.” (He also quotes “1999” and “Let’s Go Crazy” at the beginning of “Million $ Show.”)

You’re reminded in these moments of how much influence Prince’s music still exerts on today’s soul mavericks such as D’Angelo, Frank Ocean and the Weeknd. One aspect of what they’re trying to live up to is the rigorous quality control Prince exercised on classic albums like “Dirty Mind” and “Purple Rain”; that commitment to excellence is in part why D’Angelo took more than a decade to complete last year’s “Black Messiah” and why Ocean has kept fans waiting for his follow-up to 2012’s acclaimed “Channel Orange.”

Yet Prince seems to have shaken that perfectionist streak. Even as he sings in “June” about having been born too late for Woodstock — an era when rock was ruled by the careful album-length statement — Prince on “HitNRun” appears unbothered by the need to make every song count: For every gem such as “X’s Face” or the blistering “Hardrocklover” (in which he promises to use his guitar to “make this woman scream”), there’s a half-considered cut such as “Like a Mack” or “Mr. Nelson,” which basically makes a dreamy vamp out of Prince’s 2014 song “Clouds.” And it’s that willingness to chase down an idea, even an insignificant one, that makes Prince look as modern as he has in years.

Does that mean “HitNRun” might more accurately have been titled “HitNMiss”? Indeed, it does. But Prince catches something indelible about our provisional age in “Fallinlove2nite,” a gorgeous disco jam about focusing on the pleasure at hand. Don’t worry if it doesn’t last until tomorrow, he seems to be saying; he’ll be up early to find something else that gets the job done.