Politics at the local level pointless? That's what many Californians think 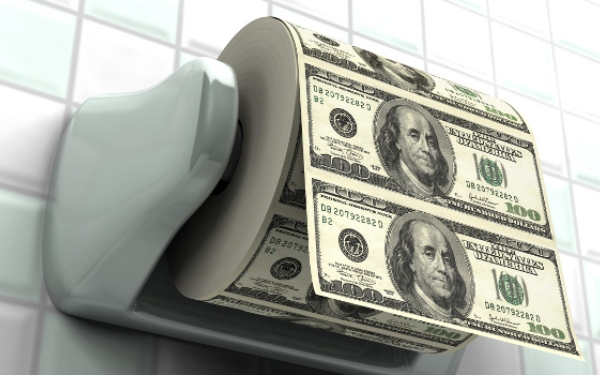 Disdain and disgust have been common sentiments when it comes to Americans' views of the national political environment. But local government was supposed to be the safe haven, where things got done in a more neighborly way, with a lot less frustration than, say, dealing with the groaning bureaucracies of the IRS or Veterans Affairs.

It hasn't worked out that way, exactly.

A quarter or more of California voters say their elected officials are not responsive to their needs, a figure larger than might have been expected years ago. Voters cast a broad brush of negativity about the usefulness of volunteering for or giving money to political candidates and politicians.

When it came to a host of other civic activities that Californians engage in — volunteering for organizations, donating to charity, attending local meetings, talking about issues with friends and family — voters were far more upbeat. Those activities were deemed hugely beneficial both to their communities and to themselves, and more to the former than the latter.

Political activities stood out alone. When asked whether their community benefited when they donated money to a candidate, 46% said it did and 49% said it did not. White voters were slightly more optimistic, with about half saying benefits accrued, but only 41% of Latinos and 45% of Asian voters said donations would benefit the community.

All those groups were less optimistic when it came to any personal benefit they might derive: Only 41% of white voters, 33% of Latino voters and 38% of Asian voters thought they would benefit from donating money to a candidate. (There were too few African American voters in the survey to offer a statistically sound result.)

Overall, fewer than 7 in 10 voters thought another option, volunteering for a candidate, would help their community and only 52% felt it would help them personally.

In what stands as a marvel in this politically polarized state, there was agreement between often-warring Republicans and Democrats on the relative pointlessness of political interaction.

Just over half of Democrats, for example, felt it was a community benefit to give money to candidates. Just under half of Republicans felt the same way. But independent voters, those not allied with any political party, were highly negative, with only 36% saying there were benefits to political donations.

Republican strategist Mike Madrid, who has studied local government for 20 years and was a consultant on the poll, said the findings reflect a downturn in political confidence that is years in the making.

"There has been this rather fast slide down, where people just say it doesn't matter if you're a local mayor or a U.S. senator — a pox on all their houses," Madrid said. "There's just an increasingly pervasive sense at the local level that it just doesn't matter."

Not surprisingly, perhaps, the more conservative areas of the state had more trouble with government, reflecting a deeper view that government should be limited, or at least more effective.

When asked about the responsiveness of their local government, 26% of California voters said it was not responsive and 65% said it was, to some degree. Democratic areas were more upbeat: 72% of Bay Area residents described government as responsive and only 20% felt it was unresponsive.

But in the more conservative environs of the Central Valley and far northern California, a full third of voters said government was not responding to their needs, and only 61% said it was.

"Conservatives are more distrustful of government by definition, so it stands to reason that they'd think government is less responsive," Schnur said.

While they were negative about politics, Californians were far more optimistic about other actions to build their communities.

In all, 90% said volunteering for civic groups benefited their community, 83% said discussing events was helpful, 84% endorsed giving money to charity, and 81% said attending meetings had an upside. In all cases, Californians indicated that the actions were more beneficial to their communities than themselves.

There was, however, one public acknowledgement of failure. Ninety-three percent of voters said that the act of voting was beneficial to both their communities and themselves — this in a state where the percentage of voters casting ballots in local elections frequently tumbles into the teens or 20s.

The poll, conducted on behalf of the University of Southern California Dornsife College of Letters, Arts and Sciences, the California Community Foundation and the Los Angeles Times, questioned 1,500 registered voters by telephone Aug. 29-Sept. 8. The margin of sampling error overall was 2.8 points in either direction, with the margin higher for subgroups.