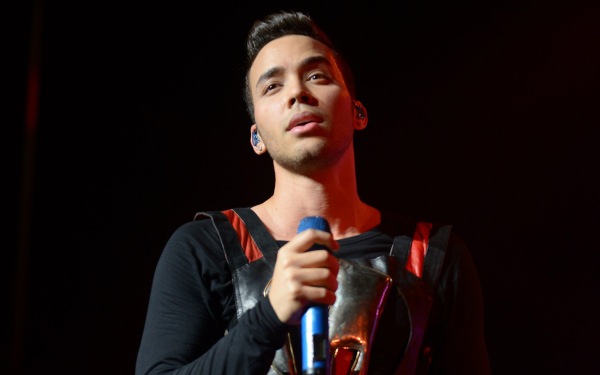 Prince Royce is famous enough to perform on national television — but not so famous that viewers always know who they’re watching.

“I’ll do ‘Good Morning America’ or ‘The View’ and then look at Twitter,” the singer said recently, “and people are like, ‘Wait, who’s this Prince Royce guy? And why’s everyone screaming?’”

The screamers are almost certainly holdovers from Royce’s days as the second-biggest star in bachata music, the sinuous ballad style developed in the Dominican Republic and popularized in the United States by artists including Royce and the form’s undisputed champion, Romeo Santos. (You’d call Santos a heavyweight if bachata, with its fluttering guitars and sighing vocals, weren’t so light and sweet.)

Today, though, Royce, 26, is seeking new converts with “Double Vision,” an album of English-language songs that trades bachata’s tidy, clean-lined arrangements for the busy digital grooves of Top 40 pop. And that means redoubling his promotional efforts, as he did one afternoon last month at a Fullerton, Calif., record store, where Royce turned up to sign autographs and snap selfies with fans. Ditto his gig as an opening act on Ariana Grande’s current tour.

“You almost get bummed out — like, ‘Man, I haven’t done this type of stuff in years,’” he said in an interview following the meet-and-greet. “But it’s what I’ve got to do to take it to that next level. I almost have even more of a hunger than I did when I first started.”

Born in the Bronx to Dominican parents, Royce (whose given name is Geoffrey Rojas) began building a devoted following with his self-titled 2010 debut. His most recent Spanish album, 2013’s “Soy el Mismo,” spawned a hit single in “Darte un Beso” that topped Billboard’s Hot Latin Songs chart and earned Latin Grammy nominations for record and song of the year.

But even in those days, the singer said, he was tilting away from a strictly traditional sound, incorporating violins and R&B harmonies and covering Ben E. King’s “Stand by Me” in a mix of English and Spanish.

“My bachata music was never what my grandma used to listen to,” he said with a laugh.

For “Double Vision,” which came out in July from RCA Records, Royce experimented in the studio with various styles and collaborators, including Jason Evigan (who produced Nick Jonas’ “Chains”) and Toby Gad (who wrote Beyonce’s “If I Were a Boy”). He recorded more than 100 songs, he said, in order to figure out what he wanted to say — and how to say it.

It wasn’t just a matter of translating lyrics he might previously have sung in Spanish. “There’s such a difference in tone,” he explained. “The way you say ‘I like you’ in English — I mean, it doesn’t have much passion. But in Spanish ‘Te quiero’ is almost like saying, ‘I love you.’ There’s so much romanticism when you sing in Spanish.

“And then there’s a certain swag in English, especially coming from New York, that might not make sense in Spanish.”

The result, featuring guest spots by rappers Snoop Dogg and Tyga — as well as Pitbull, another Spanish speaker who’s found success in English-language pop — feels like a fully realized assimilation, with songs easy to imagine being sung by Jason Derulo or Chris Brown. In the gently grinding “Dangerous” or “Lucky One,” a handsome acoustic ballad about “see(ing) you naked in my bedroom,” Royce isn’t relying on easily identifiable Latin signifiers the way earlier crossover hopefuls such as Ricky Martin or Enrique Iglesias did.

But if that reflects Royce’s determination to break into the mainstream, it also indicates the changing nature of the mainstream itself.

A record like “Double Vision” was “inevitable,” said RCA President Tom Corson, given how deeply ingrained Latinos have become in American culture. “It’s not as bifurcated as it was 20 or 25 years ago,” he added. “Now you’ve got an audience that’s less and less interested in distinguishing between Spanish and English repertoire.”

“I feel like I represent that new generation of Latinos in America that grew up very similar to my upbringing,” said Royce.

Still, the singer was quick to point out that he hasn’t left Latin music behind. As soon as he finished “Double Vision,” he said, he started work on a new bachata album. And he’ll return to Los Angeles for an all-star concert Oct. 17 organized by the reggaeton star Daddy Yankee. (Yandel, Natalia Jimenez and Plan B are also on the bill.)

“I do feel this pressure on my back where you don’t want to abandon those core fans,” he said. “So I’m still really careful with my Latin audience.

“But this is a great opportunity to grow. I have to try it.”