TV or not TV: There are some big questions in network fall lineups 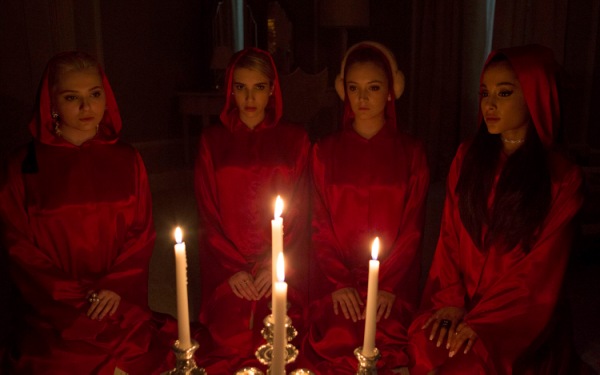 Those of you tired of network reruns are about to get a reprieve. Starting this week, the five major networks will roll out the first of 22 new programs to go along with returning series. The 22 fall series launches is the smallest since Fox became a network.

It’s the annual gamble the networks make. Each year, the odds of success keep getting longer because of all the viewing options from cable to Hulu. That means by the time the last new show launches on Nov. 5 — when CBS adds the comedy “Angel from Hell” — the odds are high that cancellation slips will have been handed out to other new shows.

There were 24 new series that launched for the 2014-2015 season. “Utopia” got the ax in early November. Only nine shows that debuted last fall are around for a sophomore season. NBC had the worst fall season with only “The Mysteries of Laura” surviving out of six new offerings.

All of the planning and strategy is done and now all network executives can do is wait to see which new offering will be this year’s “Gotham” and which will be the new year’s “Selfie.”

Here’s what the networks need to have happen to make this a good fall season.

Despite only having two of its six new shows from last season survive — “Black-ish” and “How to Get Away with Murder” — the network has continued to show strong growth in recent years.

Its “TGIT” lineup of “Grey’s Anatomy,” “Scandal” and “How To Get Away With Murder” has created a strong Thursday night of dramas.

Paul Lee, president of ABC Entertainment, says the reason ABC has found success is that there has been a push to try to make very different kinds of shows. The biggest example this fall is “The Muppets.”

“You know, there are all sorts of different ways of bringing stories. In the end, what drives us is the power of the storyteller,” Lee says.

While concentrating on storytellers, the network has been showing signs of cracks in a couple of reality shows that have been solid ratings winners in the past. “Dancing With the Stars” has seen a viewing erosion and this year’s batch of celebrities shows that the series may have cherry-picked all the good contestants.

There’s also a change at “America’s Funniest Home Videos” with Alfonso Ribeiro taking over as host. How well the public accepts him is critical because ABC’s Sunday night has gone through big changes with the addition of “Blood and Oil” and “Quantico.” “Once Upon a Time” isn’t strong enough to keep the ratings up for the night.

Biggest chance of being a hit: “Blood and Oil”

Nina Tassler, Chairman of CBS Entertainment, is expecting her five new shows — “Supergirl,” “Life in Pieces,” “Code Black,” “Angel From Hell” and “Limitless” — to make this a big year for the network.

Four of those shows can die and as long as “Supergirl” proves faster than a speeding TV remote, it will be a good year. CBS has attracted the oldest-skewing audience of any network and the comic book series is the network’s attempt to pull in a younger audience.

“We thought that this was a genre and this was a franchise that would certainly open up and bring in new viewers, as well as being very appealing to our big CBS fans,” Tassler says.

How well this plan works won’t become clear until Oct. 26 when “Supergirl” finally lands on the schedule. The delay is being caused by “NFL Thursday Night Football” that will be on the network for a couple of months.

CBS doesn’t want to leave its highest-rated comedy — “The Big Bang Theory” — on the sidelines and will move it to Mondays until the NFL Thursday slate runs out. Then “Big Bang” returns to its regular time slot and “Supergirl” can join the Monday schedule.

Biggest chance of being a hit: “Code Black.”

Biggest chance of being canceled early: “Life in Pieces.”

When you are only programming 10 hours a week, even the smallest change can have a big impact. That’s why the network is going into one of its strongest years.

Both new shows from last year — “The Flash” and “Jane the Virgin” — were major hits. The fact that both succeeded helps the network keep a nice balance of programming for young men and women. The network added to its wealth with the success of the mid-season series “iZombie.”

“Jane” brought a light comic touch to the network but the CW continues to have trouble launching scripted comedies. The answer is to add the singing/dancing comedy “Crazy Ex-Girlfriend” to the lineup.

“It’s not as much making fun as an homage. I think there’s a sunniness to Southern California that’s fascinating. We are going to be exploring it in a very layered, nuanced way that’s not just poking fun,” Bloom says. “There’s a simple happiness growing up in the sunshine.”

The CW needs the homage to balance all the super heroes, vampires and zombies that fill the network schedule.

Biggest chance of being a hit: Nothing.

Fox needs a good fall season as its 2014-2015 new offerings not only died but died quickly. Only “Gotham” managed to survive the entire year. There was some help from “The Last Man on Earth” and “Empire” that launched as part of the Fox mid-season schedule.

The big night for the network is Tuesdays as the entire evening is made up of new programs — “Grandfathered,” “The Grinder” and “Scream Queens.” All three feature those who have had TV success with actors John Stamos and Rob Lowe and executive producer Ryan Murphy.

It’s Murphy’s “Scream Queens” that is the biggest mystery of the fall schedule. The series creator launched a mega hit a few years ago with “Glee” and has turned “American Horror Story” into a cable success. It’s the combination of the two that creates a lot of questions especially going against shows such as “iZombie” and “Agents of S.H.I.E.L.D.” that already draw young viewers.

“I think that this genre has really exploded in the years since ‘The Walking Dead’ came on and made a huge impact. It sort of brought horror back onto television in a major way,” Murphy says. “Ours is more comedic and more satirical.”

It needs to work to give Fox another strong night of programming.

Biggest chance of being a hit: “The “Grinder.”

The network is taking a monster gamble with ‘Heroes: Reborn,” a re-launching of the series that aired from 2006-2010 on the network. There were few shows that launched as successfully as “Heroes” but the show rapidly lost viewers with the introduction of new characters and storylines.

If the magic is still there, “Heroes: Reborn” will give NBC a strong anchor on Thursday. It will have a chance to grow an audience as its chief competition — the CBS comedy “The Big Bang Theory” — will be on Monday nights for a few weeks.

Robert Greenblatt, chairman of NBC Entertainment, says, “We’re sort of very careful about reviving old shows, because it’s really a difficult thing to do. But ‘Heroes’ just seemed to be a show that there was still such a rabid fan base online and we thought, well, a new edition of it could just be a success.”

The other area where NBC needs to find success is in comedies. The network that once was home to some of the biggest TV comedies of all time will have only two on the fall lineup in the returning “Undateable” and the new show “Truth Be Told.”

It won’t take much for NBC to have a better fall season than last year when only one of its six shows survived.

Biggest chance of being a hit: “Blindspot”

Biggest chance of being canceled: “The Player.”

Here is how well the new fall shows will do based on cast, time slot, competition and overall appeal.

“Supergirl” (CBS): Melissa Benoist is super as the title character. Calista Flockhart has to go. 3 stars

“Blindspot” (NBC): Lot of hype for this female version of “Bourne Identity.” 3 stars

“Scream Queens” (FOX): Campy fun at a campus where murder is everywhere. Trick is how well it can keep up the pace. 3 stars

“Limitless” (CBS): Strong continuation of the feature film about a man who gets his mind expanded. 3 stars

“Minority Report” (FOX): Well-made sci-fi show based on the Tom Cruise movie that will struggle to find an audience. 2.5 stars

“Heroes: Reborn” (NBC): There’s a reason the show about people with special powers went off the air so quickly. 2 stars

“Rosewood” (FOX): Despite likable star, the show about a Miami doctor who helps solve crimes feels old and tired. 2 stars

“The Muppets” (ABC): Potential is a little Fozzie. 2 stars

“Grandfathered” (FOX): John Stamos is a grandfather. Would have been funnier if it was twins. 1.5 stars

“Quantico” (ABC): If only the script was as beautiful as series star Priyanka Chopra. 1.5 stars

“Crazy Ex-Girlfriend” (CW): This singing and dancing tale of a woman who moves across country for a man needs a better second act. 1.5 stars

“Dr. Ken” (ABC): Ken Jeong needs a community of comics around him. 1 star

“The Player” (NBC): Wesley Snipes gets out of prison for this story of people who bet on crimes. 1 star