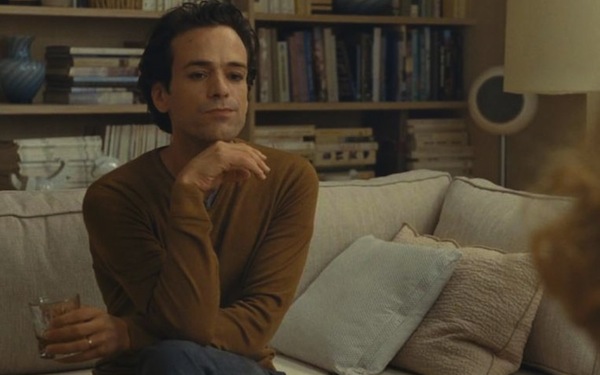 “Each of us is born with a box of matches inside us, but we can't strike them all by ourselves.” - Laura Esquivel, Like Water for Chocolate

For over a decade now, French writer-director François Ozon has been filling our heads with sensuous, often twisted accounts of human desire and what it can drive us to do. From the sinister sexuality of Swimming Pool (2003) to the insatiable temptations of In the House (2012), Ozon has yet to folly in his depiction of the often-uncomfortable truths that lie in lust. His latest, and surprisingly lighthearted film, The New Girlfriend, is yet a continuation of this auteur’s steadily focused body of work, revealing that our ideals of true love never do turn out as we expected.

Just like the rest of his canon, Ozon infuses The New Girlfriend with complex modern day implications of what it is to love another within a much simpler context—a context that would be recognizable to any generation. He sets the story up just so, grabbing the wide audience in the hopes of not losing them to later, more isolating fare.

Within the first frames of the film, we know death is a central force as a beautiful woman is slipped into a pristine white coffin. The image is beautiful, haunting, and morbid all in one breath. Then Ozon paints the full picture for us, even somewhat hastily, by introducing us to Claire (Anaïs Demoustier, Elles) and Laura (Isild Le Besco, Girls Can’t Swim)—whom we recognize as the woman in the coffin—two inseparable best friends who go on to witness each other get married and have kids. It's at the final moment, when Claire and Laura’s husband David (Romain Duris, The Spanish Apartment) sit within the church of Laura’s funeral, where we are promised a connection, not just between Claire and David, but the ghostly presence of Laura who will tie them all together.

So this is just the beginning, and though you can tell Ozon wants the connection to be made to these characters, through the universal theme of death, all he really wants is to get to the meatier, voluptuous side of the tale.

It starts with grieving Claire going to check in on David and his 6-month-old daughter Lucie. While she was expecting despondency, she could have never prepared herself to find David, fully dressed as a woman, singing Lucie to sleep. The shock is real, for both of them, and David’s explanation is imperative to withholding his secret and bringing truth to it. His desire to live as a woman was something Laura knew and accepted, but with her femininity and delicacy of spirit, the desire was assuaged. With her death, however, the necessity for cross-dressing was reignited, especially seeing as Lucie responds to the scent and voice of a woman.

Ozon then begins a strenuous, uncomfortable, yet often delightful exploration of Claire and David, who soon dons the persona of Virginia, as they begin to accept and then question themselves and each other for whatever they are. What is unexpected is that Ozon’s tone never gets too heavy-handed or sentimental—if anything his script shows signs of campiness, something which pairs nicely with David’s own initial sense of awkwardness as he tries to make Virginia’s shoes his own.

That brings us to Duris, who, after being a darling of French independent cinema, has finally fallen into a role that will stand loud amongst the rest, for the part not only called for relating to David, but also David discovering himself as Virginia, somewhat of an inception frame of mind if you think about it. Duris’ modes of expression as Virginia often spark laughter, but you realize it stems from a sweet cluelessness of David’s female persona.

Ozon’s most complicated character, however, has to be Claire, and Demoustier could not have been a better casting choice. As Claire realizes she has a new girlfriend, one who understands the nuanced loveliness of the world—something her husband lacks—she also begins to question her own sense of desire. Is she attracted to David? Or is it Virginia who has instilled this new sense of light in the world?

Because Claire’s role is one of the observer, a reactor to David’s explicit change, Demoustier had to exude her emotion, not through dialogue, but through expression of features, of the cheeks, of the mouth. The doubt, the excitement are all there, and we realize that we can see ourselves in the reflection of her eyes, wondering what untapped desire rests in all of us. While the ending may be too idyllic, it’s in these moments, of perhaps unwanted reconsideration, where Ozon succeeds, once again, in tapping into the unspoken wants that rest within, if only we all had The New Girlfriend to bring them out.