Movement against sexual assault is in ‘much better place,’ activists say 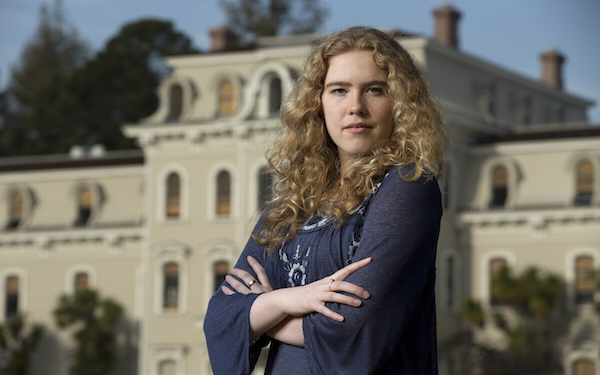 LOS ANGELES — When Kristen Houser joined a rally against sexual violence at Pennsylvania State University two decades ago, the women encountered jeers from male students to “go back to the kitchen” and limited support from campus officials.

But as she surveyed the scene at a national sexual assault conference in Los Angeles earlier this month, she was floored by the progress activists have made.

The NFL pledged an initial $2.5 million in what activists said was the first major corporate funding of the issue.

“I would never have dreamed this could happen,” said Houser, of the National Sexual Violence Resource Center, one of the event’s sponsors. “It’s a little bit surreal.”

The conference showcased both pioneers and the new generation of leaders on the issue.

Beckie Masaki, who founded San Francisco’s first Asian women’s shelter in the mid-1980s, shared the stage with Kamilah Willingham, a Harvard Law School graduate who works on the issue at the California Women’s Law Center.

Over three days, participants discussed sexual violence and schools, the military and prisons, along with advocacy, laws, policies, prevention and other topics.

Experts said most women still hesitate to report sexual assault because of stigma, trauma and fear that their cases will not be properly handled.

But in the last four years, the U.S. Department of Education has intensified its pressure on universities to improve reporting by implementing stringent guidelines, issuing record fines and launching investigations of more than 100 campuses for their handling of sexual misconduct cases.

Paula Flamm, a University of California, Berkeley social worker, has witnessed the changes in public attitudes and policies toward sexual assault over three decades while working with students at the University Health Center.

When she first began, she said, university funding was minimal. Students were more likely to blame themselves for their assaults and very few were willing to report them. Police were reluctant to investigate cases involving alcohol.

Today, the university has increased its funding for victim services and strengthened its reporting and investigative processes.

Campus officials hold weekly meetings to examine progress in cases and care for students who report assaults, she said, and police have become more proactive. Students are more apt to reject self-blame and seek help, she said.

“You can always do better,” Flamm said. “But I think we’re in a much better place and it’s a good time to turn it over to the next generation.”

Sandra Henriquez, executive director of the California Coalition Against Sexual Assault, said both the UC and Cal State systems have worked hard to improve their handling of cases. But universities overall are still in an “infantile” stage of progress, she said.

“With sexual assault, prosecutors may be concerned a jury is not going to convict in cases where alcohol is used,” said Bea Hanson of the department’s Office on Violence Against Women. “We want to look at criminal justice procedures to … not just focus on prosecuting a winnable case.”

She also said that Cal State Humboldt and the Shasta-Tehama-Trinity Joint Community College District were two of 27 campus recipients of $8.5 million in new grants to improve their sexual assault services and procedures.

California officials touted a new state license plate, “No More,” which will be the nation’s first to raise money specifically for domestic violence and sexual assault awareness and prevention efforts.

The biggest announcement involved the NFL’s multiyear, multimillion-dollar commitment to help improve sexual assault prevention education, services for both victims and offenders, and other areas.

“We’re in it for the long haul,” Isaacson said in a phone interview. “We have a lot of fans … who want the NFL to be giving back.”

But progress on the issue was also noted in smaller, less high-profile venues than the football league.

San Francisco activist Masaki, for instance, said times have decidedly changed since the early 1980s, when she was called a “race traitor” by some Asian American men who believed sexual assault should stay hidden so as not to bring shame to the community.

Her Asian Women’s Shelter began with two staff members and an $80,000 budget in a rented building in 1988. Today, the shelter has 15 staff members, hundreds of volunteers speaking 40 languages, a $1 million annual budget and its own facility.

Alva Moreno, an activist in the Latino community for nearly four decades, also noted change. Parents are less likely to force their daughters to wed their attackers to protect the family’s honor, and young women are more likely to speak out.

“Forty years ago, it was something you didn’t talk about,” she said. “Today, there’s a new dynamic. Young women have become empowered to speak up.”
———
©2015 Los Angeles Times
Visit the Los Angeles Times at www.latimes.com
Distributed by Tribune Content Agency, LLC.