3 months with the Apple Watch wasn't all time well spent 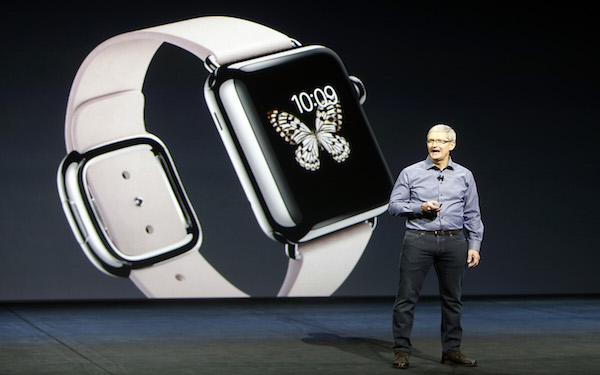 I spent the last three months with the Apple Watch, giving it an unusually long trial period.

The idea was to integrate the Watch into my routine, treating it not as a review product to constantly analyze but as just another of the many devices that now accompany me in my daily life.

I'll soon ship my $749 Watch _ the 38mm version, with a midnight blue leather band and modern buckle _ back to Apple, and I'm OK with that. Will I buy my own? Probably not.

In the end, the Apple Watch wound up reminding me of the pager I wore in junior high, albeit a glorified one: a little device that would alert me to something that I would then pick up my phone to handle.

I found the Watch useful when my iPhone wasn't in my hand _ when I was driving, for instance, or sitting in a movie theater or at dinner. I liked that it tracked my steps and other activity, but plenty of fitness trackers do the same _ or more _ for less.

The Apple Watch is to get its first major upgrade with watchOS 2, but the release was delayed because of a bug.

The refined operating system will introduce new features and digital Watch faces, a smarter Siri and native apps built specifically for the Apple Watch. The Cupertino, Calif., company is also offering new Watch finishes and bands, including an upcoming line developed with Hermes starting at $1,100.

The first thing I learned about the Apple Watch is that it's not just a timepiece _ it's a conversation piece. Nearly every day, someone would stop me and ask about the Watch. At my neighborhood Rite Aid, I became "Apple Watch girl," with one store clerk excitedly asking for my latest thoughts on the device every time I came in. He'd been considering buying one, but still hadn't the last time I saw him. "Too expensive," he said. "And my friend said it's not worth it."

Although I've liked the look of the Watch since it was unveiled last year, it seemed many people had low expectations and were pleasantly surprised when they saw it in person. The response I got was almost always along these lines: "Wow, it's not as bulky as I thought it would be." "It's less dorky than I expected." "It looks better than it does in the photos." I received a lot of compliments when I switched my midnight blue wristband for the cheaper $49 white sport band.

In the beginning, I found the attention to be borderline mortifying and rushed to assure people that I hadn't spent hundreds of dollars to be an early adopter of a smartwatch. I became even more self-conscious about it after I began concurrently wearing a Fitbit Charge HR, but more on that later.

After an Apple representative walked me through how to receive calls on the Watch at company headquarters, I used the function precisely once during my trial period. It was just too embarrassing to talk into my wrist and then quickly lift the Watch to my ear. The one time I did it, I was standing on the street in Manhattan, shoveling a chicken and rice bowl from Halal Guys into my mouth and unable to reach my phone when the call came in. It was a last resort, and the tinny call quality and guffawing from people around me ensured that it was an action not to be repeated.

Text messages provided a more reasonable use case. It was convenient to glance furtively at my Watch when messages came in. The screen wasn't always as responsive as I would like, though, and I did find I had to do the aggressive-whipping-my-wrist-motion that other reviewers have complained about to wake up the screen.
And the convenience only went so far. For routine texts that didn't warrant a response, it was great. But when I needed to reply, I almost always reached for my iPhone to tap out an answer instead of reciting one into the Watch or using one of the preset "smart" replies.

Activity trackers have exploded in popularity, and Apple cleverly got in on the trend by making health and fitness monitoring a major selling point for the Watch.

Step-counting was accurate, even more so than on my Fibit One or Fitbit Charge HR, which rack up steps when I drive or sit for hours on a plane. It was nice to get an hourly reminder to stand up if I'd been sitting too long. Wireless syncing to the iPhone app was seamless, and I liked having all of my historic activity data _ distance walked, steps, exercise _ stored on my phone, and seeing my daily movement displayed in a bar chart.

Several people have asked me the difference between the Apple Watch and Fitbit Charge HR for fitness. My main gripes about the Apple Watch: It doesn't monitor heart rate constantly _ you have to set a workout session on the Watch or manually check it _ and it lacks the competitive group aspect of the Fitbit, which I've found to be the single biggest motivator for getting me off my butt.

I found the app experience frustrating and glitchy on the Watch. Instagram, probably my most frequently accessed iPhone app, was almost useless. It wasn't about viewing photos on the tiny screen _ that, I expected _ but the app was incredibly slow to open and there were multi-second delays when I tried to perform basic tasks. Yelp, Twitter, Uber, Slack were no better; the OpenTable app wouldn't even open all day Monday.

Another problem: The Watch overrode notifications on my phone, which no longer lit up when someone would comment on an Instagram photo or send me a text message.

Battery life? Awful, especially given that the screen is usually off. There wasn't a day that I didn't have to charge the Watch, and there were a few occasions when it didn't last until bedtime. I hated that the stethoscope-like charger was yet another cord to add to an already cluttered drawer of charging wires.

I wore my Apple Watch almost daily during the summer, save for the days when I simply forgot it _ which I took as a sign that it isn't indispensable, unlike my iPhone, which I never, ever leave the house without _ or when I deliberately left it on my nightstand to see if I would miss it.

It's hard to tell how the Watch is selling. Not including Apple employees and tech writers, I've seen fewer than a dozen people wearing the Watch since its release.

Apple has chosen not to release Watch sales figures, leading to speculation that the device isn't doing well (after all, Apple has never shied away from trumpeting its iPhone sales). Although Chief Executive Tim Cook has said initial sales exceeded the company's expectations, it's clear that the Watch is far from achieving the kind of mass popularity that Apple is used to.

I'm not convinced that the incremental upgrades from watchOS 2 will make for a substantially better product. Part of my skepticism has to do with the smartwatch category as a whole _ my smartphone already does everything I need, and I believe many people feel the same.

An early Watch reviewer made headlines when she declared that she was breaking up with the Apple Watch after a month and a half. For me, it was more like a guy you start dating quietly, the one you're reluctant at first to take out in public because he's a bit geeky and tries too hard. After a while, he grows on you _ but ultimately, you feel ambivalent about whether he stays or goes.
___
(c)2015 Los Angeles Times
Visit the Los Angeles Times at www.latimes.com
Distributed by Tribune Content Agency, LLC.