The Black Panthers: Vanguard of the Revolution reminds us we have a long way to go 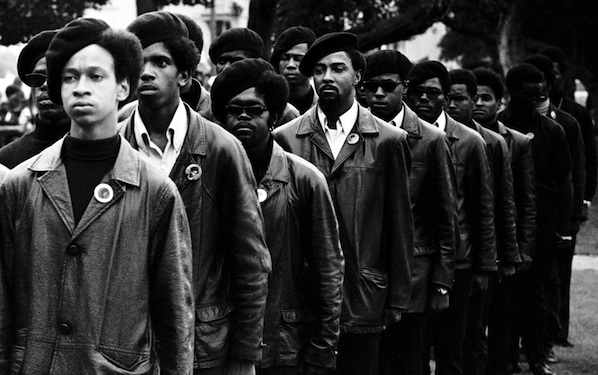 It’s hard to decipher where history ends and where the present begins. Movements, coups, protests, and revolutions come and go, but in their wake remains the rippling effect of change, however small, that goes on to swivel the world in a new direction. If anything, The Black Panthers: Vanguard of the Revolution is a testament to the impacts of yesterday’s cry for justice, as it goes on to directly influence today’s struggle for a basic sense of sanity.

While the legacy of the Black Panther party is by no means an alien subject to pop culture, there is a surprising void where a full-bodied, richly detailed account should be. Especially in terms of its influence in today’s sociopolitical climate where issues of racial injustice on the home front seem to have only grown more complicated, the need to look back seems acutely obvious. So, when documentarian Stanley Nelson saw this cultural vacuum, he shook his head, took a long sigh, and got to work to tell the story of the unexpected revolution of youth and power in The Black Panthers.

Take one look at Nelson’s body of work and there is little wonder as to his fascination with the particular subject of the tumultuous path of racial discrimination in our country. Everything from Wounded Knee (2009), to Freedom Riders (2010) to the TV doc series “American Experience” (2011-2014) showcases Nelson’s keen sense of interest, inquery, and often anger at the often backsliding tendencies of our organized society and basic human nature.

As many documentaries about a historical occasion will, The Black Panthers packs a lot of information into a relatively short time frame. Over 116 minutes, we are encouraged to absorb a broad sense of a cultural phenomenon—a phenomenon nurtured by an intricate, yet vast array of nuts, bolts, cogs, wheels, and a whole lot of soul. Even more so, we are implored to take something away that we haven’t put into consideration before, and this is where Nelson finds his success.

Just as you might expect, The Black Panthers is chock full of testimonies from party members, both proud and repentant, who engage us in their world of revolution. We hear from people that rose to top ranks of power, like Kathleen Cleaver, first secretary of the Party and former wife of writer and Panther mastermind Eldridge Cleaver, as well as the from the little guys, the pawns of the army, so to speak, who helped form the massive body of riotously spirited youngsters. Emory Douglas, for example, may have not been giving momentous speeches in front of the masses, but it was through his illustrations of cops as pigs, which was the instigation of such a nickname for the blue-clad gentlemen in arms, where he found his declaration of protest. These are the people who experienced both the free-willed beauty and the disquieting ugliness of the party’s intentions that quickly became skewed and unrecognizable as the movement spread across the globe.

But the picture that needs to be painted doesn’t stop there, so neither does Nelson. Understanding that the Black Panthers were part of a viscerally colorful time, the director embraced the pulse and charisma of its nature within the character of the film. The music, the footage, the pace of the editing, all meticulously conspire to form a sense of unmistakable atmosphere, both groovy and tragic, that is imperative to the underlying associations with the birth, life, and eventual death of the Panther party.

The grip of the documentary, however, comes with the emphasis on certain characters and leaders, all of whom had wide impact, both negative and positive, on the outcome of the movement. And just as important as those participating, fists held high, are the ones fighting against it—the policemen and other bureaucratic powers who saw threat and violence in the eyes of the Panthers, not justice. Using some of the most prolific stand-offs as a springboard, Nelson pointedly incorporates individuals from both sides who put their lives on the line for the cause they saw fit to fight for. And its from these moments where we see the lines blur, the mirrors fog, and all preconceived notions of “what is right” begin to fade.

It’s the ultimate shadow of doubt that rests on the former Panthers faces, even in talking about the good days when their mission for a unprejudiced and equal society for black people was tangible, and even within sight, that proves justice is far more complicated than simple terms of black and white. There is a deep and warranted sadness in The Black Panthers’ talks of peace, knowing and seeing where the road to equality has taken us today, and Nelson reminds us that its our duty to keep walking.

THE BLACK PANTHERS: VANGUARD OF THE REVOLUTION comes to The Nuart Theater Friday, Sept 25th.