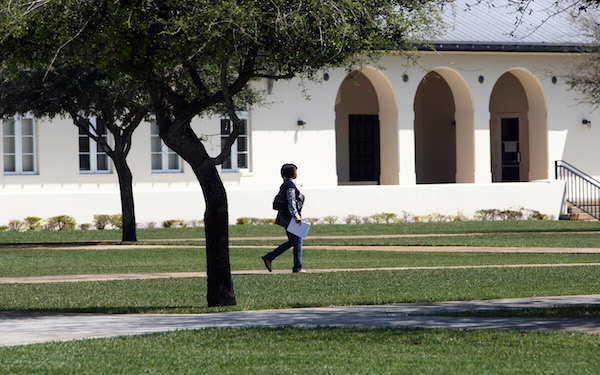 WASHINGTON — Shaw University senior Bryann Guyton spent the first half of her week in the nation’s capital as an “all-star,” but it had nothing to do with sports.

Guyton, a business administration major and student-athlete at the historically black school in Raleigh, N.C., instead was among the 83 White House-selected student leaders and scholars involved in an Obama administration initiative to promote and advance Historically Black Colleges and Universities.

“(HBCUs) are the backbone of the nation,” said Sedika Franklin, with the White House Initiative on HBCUs. “We educate so many young mindS — and we are looking to them as the future inventors and entrepreneurs.”

The conference shares the administration’s goal of having the highest proportion of college graduates in the world by 2020 and to lead the field in the STEM subjects, she said.

Guyton was one of 12 “all-stars” — student ambassadors chosen to promote the program — from North Carolina, who joined others from around the country for the three-day event that began Sunday. They will serve for the school year.

Guyton said that she enjoyed hearing speakers like Dr. Valerie Montgomery Rice, president and dean of the Morehouse School of Medicine, the first African-American woman to lead a medical school, and actor Lamman Rucker.

Shaw University President Dr. Tashni-Ann Dubroy said the conference was a valuable opportunity for Guyton, but also for their “little old school in the South,” which she said can sometimes feel forgotten.

“I want to ensure that I’m opening opportunities for our students to work in D.C., to be employed in government and to bring an additional revenue stream to the university,” Dubroy said.

The conference came at a critical time for HBCUs, Dubroy said, as falling revenue and declining enrollments have triggered questions about their continued relevance. After a federal change in loan criteria in 2011, HBCU enrollment dropped by 14 percent, according to the Post-Secondary National Policy Institutes report on Historically Black Colleges and Universities.

Dubroy said Shaw faces the same challenges, as well as low attrition rates and little access to capital. Graduation rates at HBCUs are around 30 percent — though they are 22 percent higher when compared to the national average for African-Americans, according to the Post-Secondary National Policy Institute.

But Dubroy insisted that schools like Shaw continue to serve a valuable purpose.

“We provide a very nurturing space where classroom sizes are generally smaller, where students can see role models that look like them, where they can have a dream and the audacity to achieve it,” she said. “We also provide access to a diverse workforce.”