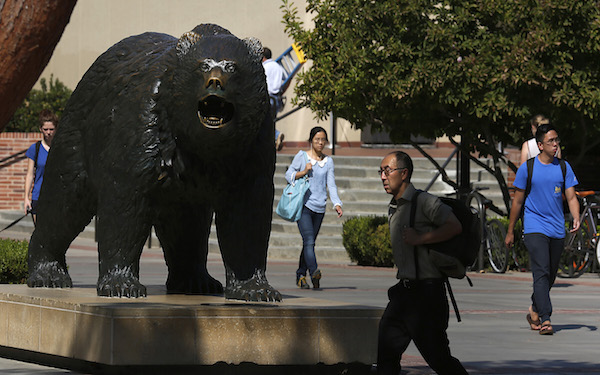 BEIJING _ To prepare their son for college in Seattle, Mo Fan's parents sent him to the United States for a year to learn English. What the 20-year-old Beijing native learned the hard way while in the U.S. was that he also needed to attend a cram school back in China. The subject? Chinese cooking.

"I knew nothing about cooking before going abroad last year," said Mo, now a freshman at Seattle Central College. "I would simply scramble whatever I wanted to eat and cook it all together. The taste was no good."

More than 270,000 Chinese young adults studied in the U.S. during the 2013-14 academic year _ 1 in 3 international students on American soil, according to a report by the Institute of International Education. Many of these students, typically the only child in their family, never learned their way around a stove growing up _ and have found themselves ill-suited for American cuisine.

"But nothing I eat here now is healthy or delicious except for the food I prepare myself," said Wang, who's now 15 pounds heavier.

"The Chinese dishes sold on the food trucks right off campus have too much monosodium glutamate," said Zhang Han, a Columbia University graduate student studying management science and engineering. "I think those vendors use so many condiments to flavor the food that the freshness of ingredients doesn't matter anymore."

Hospitality professionals say that preparing authentic Chinese cuisine is time consuming and that there's a trade-off between taste and convenience.

"Chinese cooking values craftsmanship and the mastering of uncertain factors like knife skills and heat control, while the Western relies more on the kitchenware," said Michael Wang, general director of the American branch of Meizhou Dongpo Group, whose restaurants, including one at Westfield Century City mall, serve Sichuan cuisine.

Mo is among about 40 culinarily challenged Chinese students headed abroad who paid $300 for a 10-day cooking course in August, according to Chen Li, director of admissions at Jude Huatian Cooking School.

"It was so cute the way those students used the kitchen knife when they first started," said Chen.
Each afternoon, they observed an instructor prepare three home-style Chinese dishes. Among the items to be mastered were sauteed shredded pork with sweet fermented flour paste, stir-fried eggs with tomatoes, and dumplings. Morning classes were dubbed "showtime" _ where Mo and the others would attempt the dishes they had seen cooked the previous day.

The school, affiliated with a well-known Peking duck restaurant chain, has long prepped Chinese students for two to six months to earn state-issued certificates for cooking and pastry-making skills. But in recent years, it has also opened its door to homemakers, owners of start-up eateries and students heading overseas.

For a kitchen newbie such as Mo, the array of utensils and condiments can seem overwhelming. The instructor, in an all-white chef's uniform, peppered Mo with tips on techniques.

Once in the U.S., many Chinese students who squeeze kitchen time into their schedule believe they eat more healthfully thanks to ingredients whose quality, in their opinion, is better than that in China.

"I trust the U.S. Department of Agriculture more than the authorities in charge of food safety in China," said Zhao Yu, a visiting scholar in electronic engineering at UCLA. "The beef approved by the USDA, the seafood and the organic eggs are all good. And the vegetables are inexpensive."

Some, too, adjust their palate to their new home.

"I started to eat avocado and more salad when I came to California last fall because that's what everyone around me eats and it's new to me," said Liu Yimin, a graduate student studying energy resources engineering at Stanford University.

Many American students studying in China don't seem to have as much of an issue acclimating to Chinese food in the new environment.

"I love baozi (steamed stuffed buns) and fried rice noodles with eggs and beef. And I have Chinese food all the time at the cafeterias on campus even though we have a public kitchen in our dorm building," said Joel Powell, 20, a junior at California Baptist University who spent two months at Beijing Language and Culture University this summer.

But for many young Chinese expats in the U.S. _ some of whom will remain for years _ preparing authentic Chinese food in the kitchen is more than just about satisfying their palates.

"I would help my dad and mom in the kitchen when I was only 8," said Hou Xiaoxuan, a graduate student in public policy analysis at the University of California, Berkeley. "The three of us would cook our dinner together, chatting and sharing anecdotes of the day. Cooking reminds me of my family."
___
(Zhang is an intern in the Los Angeles Times' Beijing bureau.)
___
(c)2015 Los Angeles Times
Visit the Los Angeles Times at www.latimes.com
Distributed by Tribune Content Agency, LLC.

Campus News
California State campuses with most COVID-19 cases have one thing in common – they like to party
1,655 views