Ridley Scott’s most welcome return to form with The Martian 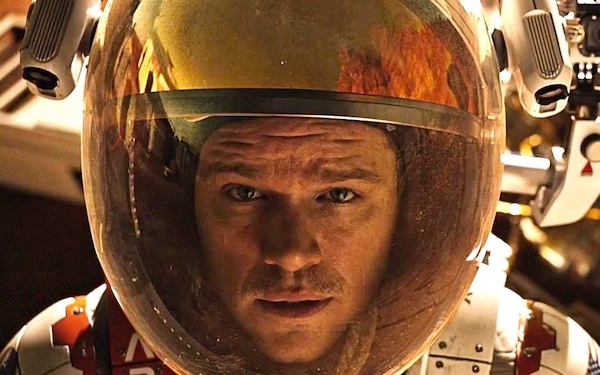 Where to begin, where to begin? It’s hard to know where to begin, because it seems, just in the past five years, my brain has been warped, transported, and melted by huge, grandiose, almost ungraspable films about space. Interstellar (2014) was a gorgeously tragic, albeit too-existential-for-its-own-good take on space/time travel, while Gravity (2013) was cool enough, but didn’t provide a gripping narrative arc to really make you care about Sandra Bullock jumping from spaceship to spaceship. That’s why, when I say that Ridley Scott’s The Martian falls somewhere in the middle of these former space odysseys, I mean that it got everything right that they didn’t.

The whole project got off on the right foot when Drew Goddard, the stupidly talented writer behind many " Buffy the Vampire Slayer" (1997-2003) episodes, as well as the phenomenal horror film The Cabin in the Woods (2012), decided to adapt the best-selling novel of the same name by Andy Weir. Weir’s premise hits the jackpot by promoting unpretentiousness in the grand picture, while the details, the breaths, and the beats that fill it remain madly intricate.

Never does Scott or Goddard, or Weir for that matter, attempt to mislead the viewer/reader into unknowable waters, where you can just shrug and hope you find your way back to understanding—no, the story of astronaut Mark Watney (Matt Damon) thought dead and left behind on Mars with nothing but a small hatch, a few potatoes, and his own company, is simultaneously digestible, yet unimaginable; relatable, yet isolating; and these interplays are what keeps us viewers gripped to our earthly seats the whole way through.

In the scope of Scott’s recent work, there is an acceptable sense of trepidation going into The Martian. With a slew of similarly epic, yet rather disappointing projects like Exodus: Gods and Kings (2014) and the debatably lackluster Prometheus (2012), it almost seemed like the king of blockbusters had lost a sense of control over the broadly scaled narratives that he was previously known to take reign over. But with The Martian, man, to say that we are witnessing a return to form would be too easy. It’s a celebration of form, of prowess, of a career that is far from giving up.

It’s no easy to feat to juggle three very different settings, each fueled by the same goal of saving Mark Watney. Not only does Scott have to provide a tight, precise, and meaningful focus on Watney’s time on Mars, which is equally intimate and immense, but he then also has to jump to Earth, where NASA has to figure out how to establish communication; and then, of course, to the space station where Watney’s crew has to decide whether to turn back for him. While Damon is indeed the main focus, we get equal pleasure from those who are tirelessly aiming to save him, a result of Scott’s ability to tame characters and their arcs seamlessly within the larger frame of the film.

That brings us to the cast—the crazily, profoundly talented, and sometimes too star-studded cast. Of course, we have to start with Damon, who, having a similar downward trajectory as Scott as of recent, has managed to find his sweet spot once again. There’s a lot to be said about an actor who can manage to inhabit a whole planet, even if its just on screen, and still manage to, not only hold attention, but engage you in the very minutia of his day-to-day survival with keen and even obsessive interest. Thanks to an equally buoyant, yet dire script by Goddard, Damon is able to play up his boyish charm that brings up fond memories of Good Will Hunting (1997), but also embraces the somber realities of his character’s situation in a evocative way.

And then there’s everyone else. Really, there isn’t even enough time to touch on all of them (e.g. Chiwetel Ejiofor, Jeff Daniels, Donald Glover), because like I said, there are loads of stars that fuel The Martian’s story. Admittedly, some of them are distracting despite their talents elsewhere (e.g. Kristen Wiig), and there’s the simple, and somewhat annoying fact that there has never been such a good looking NASA crew on a ship than Jessica Chastain, Kate Mara, Sebastian Stan, Michael Peña, and Askel Hennie. But if you, like me, can eventually get over the unrealistic handsomeness of these genius astronauts, then you can begin to appreciate their charm and chops as they readily come.

Well, I guess I found where to begin, and now I struggle to know where to end. Did I mention that The Martian is beautiful? No? Well it is, and that’s where I will end it. The Martian, on top of all the rest of its prowess, is unmistakably and unforgettably beautiful. Welcome back, Mr. Scott.