The 20 best cities for 20-somethings

By The Greatist Team [greatist.com (TNS)] 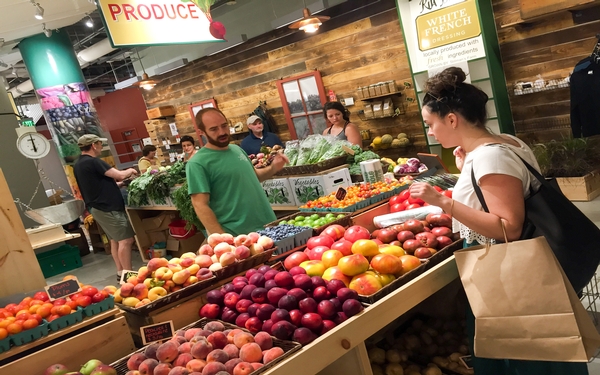 For decades, the go-to destinations for starry-eyed, newly minted adults were coastal cities like New York and Los Angeles. But all of the glitz and glamour led to sky-high rents and a super competitive job market. So where should 20-somethings settle down today? The Big Apple still makes our list, but there are plenty of surprising newcomers, from Omaha, Neb., to Saint Paul, Minn.

Ask a room full of 20-somethings what makes an ideal city, and you’ll get dozens of answers. We looked for places that offer cheap rent, plentiful jobs, tons of places to break a sweat and endless opportunities to meet that special someone. For the full list of metrics used to put together this ranking, check the bottom of the list.

Editor’s note: This list is presented in no particular order.

Even with its staid history of PACs and pantsuits, Washington manages to hit all the points that make it an ideal city for 20-somethings today. The nation’s capital tops lists for its fitness opportunities, literate residents and impressive drinking scene, so you can picture the Bill and Hillary Clintons of tomorrow talking Jane Austen as they jog around the National Mall — and then go grab a beer, as the Clintons would. And though the Metro can be a frustrating form of public transportation, the city’s ranking as one of the best places for singles means you’ll be suffering in good company.

The high cost of living hasn’t stopped 20-somethings from moving to San Fran in droves. The temperate weather just makes you want to head outdoors (the city has a great walking score, despite — or perhaps because of — those hills). But if you’d rather just sit and sip, the city is full of top-notch bars and breweries.

New college grads flock to this fit and friendly city, named one of Fortune’s top cities for finding a job. Even with the region’s icy winters, Minneapolis ranked second in the American Fitness Index’s list of fittest cities, with 63 percent of residents living within a 10-minute walk of a park. And as ground zero for companies like Target, 3M and the Mayo Clinic, job opportunities are plentiful.

Beantown is brimming with 20-somethings — many of them students at the more than 100 colleges in the greater Boston area. In the last decade, the city has gone to great lengths to stop young alumni from fleeing to bigger cities like New York or San Francisco. Dozens of new restaurants and bars have opened up in 20-something hotspots, including Allston, Jamaica Plain and South Boston. And now one in three residents is a millennial, which means there are plenty of singletons to meet out at those bars — no Tinder required.

It always seems to be perfect book-reading weather in this city, which makes sense — Seattle is one of the most literate places in the nation. We think of Seattle as the perfect cross between San Francisco and Portland: While the tech giants bordering the city limits are responsible for an abundance of jobs for recent college grads, the city’s Starbucks-spawning coffee culture is also an integral part of its persona.

While moving to the Big Apple might be the cliché suburban kid’s dream, New York is more than just a concrete jungle. As Alicia Keys tells us, it’s the place dreams are made of — and hopefully realized. The city is walkable and literate, and it has a great drinking scene. And although rents can be comically high, some areas of Brooklyn and Queens offer a semi-affordable respite for 20-something creatives waiting to hit it big.

Even with its burgeoning popularity, this proudly weird city is still pretty cheap, making it a solid option for 20-somethings. Home to SXSW and more than 200 live music venues, Austin is the go-to city for people with their finger on the pulse of the music scene. It’s also a great place for people who care about a balanced, healthy lifestyle — when they’re not busy eating tacos (which is kind of their thing).

Chicago’s vibrant bars range from gastropubs to classic dives, so it’s no surprise the city’s drinking scene is ranked one of the best in the nation. And while winter can be long and hard, residents can look forward to thawing out in dozens of city parks come spring. Anything to raise spirits (see: bar scene).

The city doesn’t mind being mocked — probably because residents know they’ve got a setup that’s bound to make others jealous. Between art festivals, the gorgeous Pacific Northwest surroundings, and a burgeoning microbrewery scene (events include the Oregon Brewers Festival, Spring Beer and Wine Festival, North American Organic Brewers Festival and the Holiday Ale Festival), there’s always something distinctly Portland to do.

A newcomer to the list, Baltimore gets high marks for its job opportunities for recent grads and strong singles scene. Almost 69 percent of Baltimore’s population isn’t married, which is a way above the national average. And with a three-course dinner and a movie costing about $70, it’s significantly more affordable to go on dates here than in other similarly sized cities.

The Mile High City is the perfect place for outdoorsy types, boasting 300 days of sunshine most years and 80 miles of trails within city limits. After getting your sweat on, you can kick back with a cold beer that was brewed right down the street. (Denver has more than 40 breweries, which has led some to call the area the Napa Valley of beer.) And if you happen to be a single lady, Denver — or should we say Menver — might be just the place for you: It’s one of the few major metropolitan areas where men outnumber women.

Sure, it’s become almost passé to head to JFK Plaza and snap a photo next to the Love statue. But it turns out Philly is a great city for those looking to find their special someone. For starters, more than two-thirds of the population is unmarried, and there’s a vibrant arts scene — perfect for date night. Plus, the city earns points for being walkable and commuter friendly, so if you tell a date you enjoy long walks on the beach, they may make you prove it.

Oklahoma City might lack some of the glitz and glam that makes coastal cities alluring, but it more than makes up for it with a strong job market — the unemployment rate is a mere 3.4 percent — and crazy affordable rents. (Just wait to see the reactions from your New York friends when you tell them you pay $580 per month for a one-bedroom apartment.) And it’s not only housing that’s cheaper in OKC. You’ll save on everything from groceries to utilities, which are 10 percent cheaper than the national average.

The Ohio city isn’t the first place that comes to mind when we think of romance, but Cleveland is swarming with eligible bachelors and bachelorettes (seven in 10 residents aren’t married). And when it comes to making plans for that first date, you never have to worry about finding a cool place for drinks. Trendy watering holes are popping up all over the city — and there are plenty of dives too.

Worried about finding a job after graduation? Put this Midwestern city on your shortlist. Cincinnati boasts a low unemployment rate, thanks in large part to 10 Fortune 500 companies — including Kroger, Procter and Gamble and Macy’s — calling the city home. Plus, the average starting salary is more than $45,000. (And did we mention the average rent for a one-bedroom apartment is $650 per month?!)

This Southern city’s nickname, Hotlanta, doesn’t just describe the year-round warm weather. Atlanta is a hotspot for finding everything from your first job (starting salaries average more than $48,000) to your special someone. Whether your ideal date night is a trip to a star-studded show or drinks at an eclectic wine bar, Atlanta has you covered. It also clocks in at No. 5 on the list of most literate cities.

In recent years, the Motor City has fallen on hard times, which culminated in the city filing for bankruptcy two years ago. But Detroit has also become a sort of mecca for 20-something creatives. The New York Times even crowned Detroit the new Brooklyn, a place where artists can really afford to live and be entrepreneurial. The city has some of the cheapest rents in the country — a one-bedroom apartment averages $550 per month — and plenty of industrial spaces for everything from start-ups to experimental art projects.

This city is a newcomer to our list, thanks in part to a revitalization of Memphis’s downtown neighborhood. New construction has centered around making it an area where people can live, work, and play — a major selling point for 20-somethings. Plus, the price is right. One-bedroom apartments average $650, and the average starting salary tops $47,000.

For years, Saint Paul has been overshadowed by its twin city next door. But now it’s Saint Paul’s time to shine. The living is easy in this city along the Mississippi River with an incredibly low unemployment rate (3.7 percent) and decent starting salaries. The Lowertown neighborhood has become the go-to spot for 20-somethings, with dozens of new bars and restaurants and an impressive arts scene.

For years, many have considered Omaha part of flyover country. But at a time when job markets in larger cities continue to be hyper competitive, this Midwestern city has started to look like a more appealing option. Omaha has one of the lowest unemployment rates in the country (2.8 percent), with major employers including ConAgra Foods and Warren Buffet’s company, Berkshire Hathaway.

Methodology: Every year Greatist gathers statistics from a number of sources to assemble our list of the 20 best cities for 20-somethings. Criteria considered for this year’s ranking included: fitness (based on the ACSM American Fitness Index plus bike friendliness and walkability), cost of housing, public transportation, bars, dating scene and job prospects.