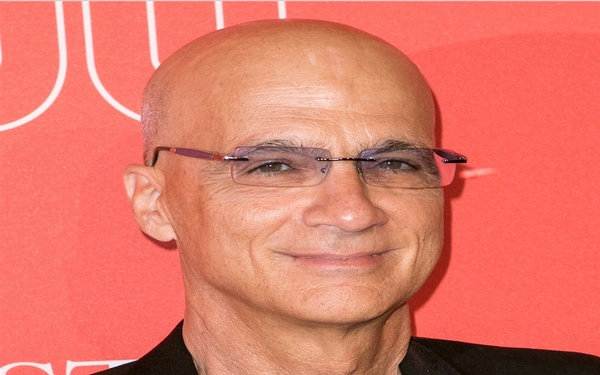 The Apple Music commercial that debuted during the Emmy’s telecast drew almost as much buzz as the show itself, thanks to star turns by Kerry Washington of “Scandal,” music legend Mary J. Blige and Taraji P. Henson of “Empire.”

When Jimmy Iovine came up with the idea for the ad, he asked a good friend to recommend a director.

“I told the idea to Oprah,” Iovine recalled, “and she said, ‘Ava should do that.’” And, sure enough, Ava DuVernay, the director of “Selma,” signed on.

It’s deep show business relationships like those that got Iovine his job shepherding Apple Music. But it’s customers, not connections, that he needs now.

Apple Music launched June 30 with free trial subscriptions lasting 90 days, and the first of those free offers are now expiring. In the days ahead, the estimated 15 million people who signed up for the trial program must decide whether to pay $9.99 a month to keep the service, or cancel.

For Apple, much is riding on those millions of individual decisions. The tech giant upended the music industry with its iTunes service, but its song download business is declining as more people choose to get their music through streaming services such as Spotify, Pandora and Rdio.

To stay in the game, Apple shelled out $3 billion last year to buy Beats, the headphone maker and music streaming service that Iovine started in 2008 with Dr. Dre, whose real name is Andre Young. That laid the foundation for Apple Music — and was the biggest acquisition in the company’s history, underscoring music’s importance to Apple’s strategy.

Analysts say a strong music app is key for Apple to make its phones and tablets appealing to buyers. Critical and customer reviews of Apple Music have been mixed, however, with one survey suggesting that nearly half of those who signed up stopped using it even though it was free.

“I can’t help but feel that Apple Music is too late to the game,” said A.J. Peacox, 24, a Los Angeles musician who said he tried Apple Music but did not find it any better than Spotify, for which he already pays.

Spotify is considered the market leader in the crowded on-demand streaming field, with 20 million paying customers, plus 55 million more who listen for free with commercials.

Apple’s service, at first glance, is similar to Spotify’s. Both offer tens of millions of songs for people to listen to online whenever they want, without having to buy downloads.

But unlike Spotify, Apple Music does not have a free, ad-supported version. And getting people to pay for music has been a major hurdle since the heyday of file-sharing services like Napster.

One thing Spotify does not have is Iovine, a music industry insider who started his career in the 1970s as a gofer in New York City recording studios. Through the years he worked with John Lennon and Bruce Springsteen as a recording engineer, produced albums by U2 and Tom Petty, and co-founded Interscope Records.

With Interscope, he won big with an early bet on gansta rap, despite taking heat for the genre’s lyrical content. His Beats Electonics headphone business, founded with Dr. Dre, quickly dominated the high-end headphone market despite criticism from audiophiles and tech writers.

“He is a guy who has been able to see around the corner and over the horizon for a really long time now,” said Larry Miller, director of the music business program at NYU Steinhardt.

In an interview at his Culver City office, Iovine laid out his plan to simplify music consumption and discovery with Apple’s all-in-one service. Modern music delivery, he contends, is a messy patchwork of systems. People use AM/FM in the car, Pandora for online radio, iTunes for downloads and Spotify for instant access.

Apple Music’s mission, Iovine says, is to combine all the features people enjoy into one tidy package and make things simpler for consumers.

“My main focus is to make sure that it makes people’s lives easier,” Iovine said.

Unlike Spotify, Apple has a 24-hour radio station with real-life celebrity hosts and DJs and hosts like Pharrell Williams, Drake and Zane Lowe. It also has the blessing of Taylor Swift, who pulled her music from Spotify over royalties. Apple Music also boasts a social media component called Connect, which lets artists share new videos and tracks, though that feature has not caught on.

Spotify has recently made flashy additions to its service, such as a feature for runners that recommends music matched to the user’s tempo, and a weekly playlist tailored for individual listeners.

But Spotify’s main advantage is its free version.

Spotify’s so-called freemium strategy is to use the limited, ad-supported offering to get people hooked on streaming before persuading them to upgrade. The tactic has resulted in fast growth for Spotify, which is valued at more than $8 billion. However, record companies have been disappointed with the conversion rates and the paltry royalties from free streaming.

Apple Music users have complained about bugs in the app and that its navigation system is too complex.

And not everyone is a fan of Apple’s much-touted expert-made playlists.

In an opinion piece for the BBC, Google’s Eric Schmidt took a swing at “elite tastemakers” picking the hot new tracks.

“Today, you’re much better off building a smart system that can learn from the real world — what actual listeners are most likely to like next — and help you predict who and where the next Adele might be,” he wrote.

Iovine acknowledges the difficult market and the problems the app has faced, and said he works with the service’s engineers to fix the bugs as quickly as possible so he can continue wooing mainstream consumers.

That’s something music industry power-players like Irving Azoff are hoping for.

“I thought the ads and the marketing have been very clever,” said Azoff, the veteran executive who manages the Eagles. “I love the radio station, and like the rest of the industry have really high hopes that this catches on.”

Apple has not released subscription numbers and has not announced any plans to do so. A person with knowledge of the business said about 15 million people signed up for the three-month trial program.

The research firm Music Watch reported in August that the service was experiencing a 48 percent drop-off rate. Apple contested that, saying just 21 percent of trial users had stopped actively using it.

On Wednesday, Apple started charging those who signed up on the first day, although people can cancel the service.

Iovine contends that Apple Music has just begun its march. The important thing, he says, is not to defeat Spotify but to expand the audience for streaming music services by coming up with a better product.

“I’m starting to see some really good signs,” he said. “It’s going to be a road. But if you make the service great enough, people will pay for that.”