UC Berkeley requests letters of teacher recommendations from applicants, and sparks a debate 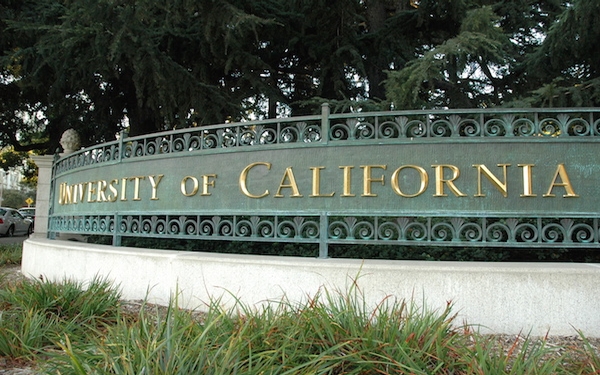 In a significant break from tradition, the University of California, Berkeley will ask some freshman applicants to submit letters of recommendation from teachers and mentors this fall. And the UC system is studying whether all of its nine undergraduate campuses should do the same in future years as another way to choose among the avalanche of students seeking admission.

The new policy at UC Berkeley, while optional and limited this year, has triggered much debate at other UC campuses and high schools around the state about the value of such letters and whether they hurt or help the chances of public school students.

Adding even optional recommendations to all UC applications “would be a sea change,” said Stephen Handel, University of California’s associate vice president for undergraduate admissions. Upcoming deliberation will have to measure the usefulness in admissions decisions against concerns that a change might “inadvertently disenfranchise certain students from even applying,” he said.

Unlike most private universities and some public schools, UC generally has not asked for recommendations in its main undergraduate applications. It relies instead on high school grades, standardized test scores, personal essays and a review of students’ accomplishments and personal challenges.

Only a few specialized UC programs currently require such letters, and some campuses seek extra information about a very small number of students months after the original application deadline, officials said.

UC Berkeley had planned to ask, but not require, all undergraduate applicants this fall to submit two letters of recommendation, including one from a teacher. But that idea sparked opposition statewide and was reduced in scope, probably to about what a faculty leader estimated will be 20 percent of the application pool. Berkeley says it wants to adopt the practice next year for all applicants.

Meanwhile, a committee of UC admissions officers is studying various changes to the online application that all nine undergraduate campuses share, including whether letters should be implemented systemwide. A report is expected this fall, and proposed policy changes face review by faculty and top UC administrators, officials said.

Supporters say a recommendation letter can boost the chances of a deserving student whose test scores don’t fully reflect his or her achievements and who did not have help from parents or private consultants in writing personal statements.

Critics question the letters’ worth in predicting college success and say they can reinforce advantages of well-connected students and those who attend private high schools with small classes and ample counseling staff.

The proposal arose from UC Berkeley’s faculty Senate to help admissions officers make increasingly difficult choices — only 17 percent of the 78,923 applicants were offered admission this year.

With so many students submitting stellar grades, it is important to tell whether they have the personal and academic skills “to survive in a very competitive and very large university environment,” said Panos Papadopoulos, who chaired the Berkeley Senate during the plan’s approval.

Others in UC worried that Berkeley’s idea broke systemwide policies and would confuse applicants since students often use the online application to apply to several UC campuses at the same time.

“The pros have not outweighed the cons,” she said. Students in big public schools “do not always have access to counselors who really know them and can advocate for them.” And those teachers and counselors may not have the time to write adequate letters, she added.

Berkeley retreated partly for this fall and probably will invite letters from just 20 percent or so of this year’s applicants, mainly those whose prospects are between certain acceptance and rejection, according to Papadopoulos, a mechanical engineering professor.

All applicants will be invited to submit letters in fall 2016, he said, noting that other public universities, including those in Michigan and Virginia, long have done so.

For years, a very small portion of students on the cusp of UC admission received “augmented” review, with some campuses seeking comment from teachers, counselors and students in the winter or early spring. Only 5.7 percent of applicants to Berkeley’s current freshman class had that augmented look, according to Amy Jarich, UC Berkeley’s associate vice chancellor and director of undergraduate admission.

The proposal to invite everyone to submit letters aimed to “be more inclusive,” she said, adding that students’ chances would not be hurt if they declined to do so. UC Berkeley hired extra admissions staff in part to handle larger workloads reading the letters, she said.

Jarich said she thought the letters could help students from large public schools and low-income families who may not receive editing on their essays. Letters can help “point us to the very best kid in the class, even if the standardized test scores are not the highest in the class,” she said.

A teacher or counselor can describe a young person in ways that some students cannot or will not do about themselves, she said.

A survey by the National Association of College Admission Counseling, found that counselors’ letters were of “considerable importance” to about 16 percent of colleges and of moderate importance to about 44 percent and that teachers’ letters were weighed nearly the same.

Colleges recognize “what constitutes a really good recommendation and what constitutes just going through the motions,” Hawkins said. In some cases, a counselor might add a note inviting a private phone call, for good or bad, and sometimes the wording raises questions colleges can understand “between the lines,” he said.

At Northwood High School in Irvine, counselor Anne Goins said that submitting letters would not be a burden if it is limited to the most competitive UC campuses, such as Berkeley and UCLA; students applying there usually also apply to private colleges requiring letters and those can be copied for UC.

If all nine UC schools seek the recommendations, she said she would write the extra letters and “do what’s best for the kids.”

John Kim, college counselor at Belmont High School near downtown Los Angeles, said he worries that requests for recommendations throughout UC could scare off some students from applying if they don’t feel close enough to a counselor or teacher.

“It’s asking a lot more from the students and the high schools for something that will have a very minimal effect on whether the kids get in or not,” he said, but he added that he would write them if asked.