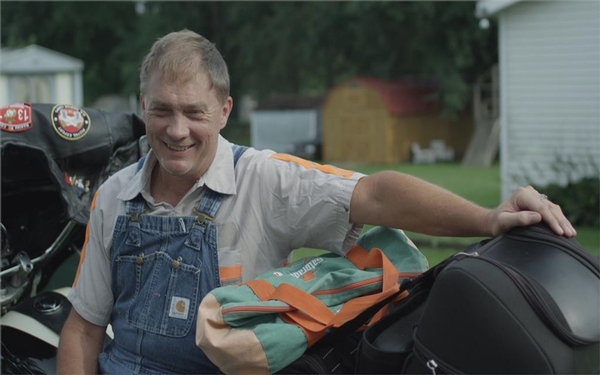 Finders Keepers is the story of Shannon Whisnant, an entrepreneur, who purchases the contents of an unpaid storage unit and makes a grizzly discovery, finding a mummified human leg inside an old smoker grill.  Initially, he reports this finding to the police, but then through a strange twist has an eureka moment and decides this leg will become his new Chia Pet that will inevitably launch him toward sudden fame.  Through a series of merchandising and promotional ideas, he sets out to become the next PT Barnum.

The story takes a strange twist when the leg’s owner, John Wood - still very much alive - decides to reclaim it.  What ensues is a part legal, part psychological battle that at times seems baffling.

In one moment of the film, John declares that if there is a soul mate for everyone then there has to be a nemesis for everyone. The irony is both men may come from different backgrounds, but they share certain distinct childhood similarities that have left an indelible mark on each and have fueled a sort of twisted obsession with the leg.

On the surface, this film seems to be about a man trying to reclaim his discarded leg, greed and wanting to find one’s fifteen minutes.  Upon closer inspection, it really is a much more telling look at addiction and the wounds we carry from childhood, which affect us throughout our adult lives.  We hold on and fix disproportionate importance on objects and things as a way to shield us from looking more closely at what is often too painful.  It is only through our ability to separate ourselves from our past and come to terms with our own perceived mistakes that we can truly move on and be “whole.”

Finders Keepers is an emotionally charged film with characters that are far more likeable and interesting than most created on a Hollywood page. Although this film deals with a heavy subject matter, it diffuses this through a great deal of humor and leaves audiences feeling uplifted.

Don’t miss this one!  Available in theaters and on VOD.