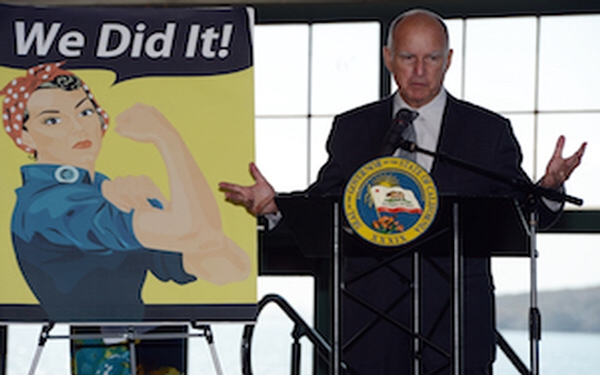 State Sen. Lois Wolk said the bill she introduced several months ago was needed to close a loophole that allows people with concealed-weapons permits to carry firearms on school grounds. The new law prohibits that practice, unless school officials grant permission or the carrier is retired from law enforcement.

The action comes a week after a gunman killed nine and wounded nine others before killing himself at Umpqua Community College in Roseburg, Ore., and just one day after fatal shootings at college campuses in Texas and Arizona.

Some gun-rights activists have suggested that allowing concealed weapons on campuses would provide an armed counterforce to such gunmen or at least a deterrent.

“This bill will put thousands of innocent lives at risk,” said Brandon Combs, president of the Firearms Policy Coalition. “Criminals will know that their intended victims are totally vulnerable when they’re on California school grounds because (the law) will ensure that they’re defenseless against a violent attack.”

The measure is supported by law enforcement groups, including the California College and University Police Chiefs Association.

It is opposed by the National Rifle Association, which said in a letter to legislators that it “raises significant concerns under the Second Amendment by further infringing the rights of law-abiding — and properly licensed and trained individuals — to possess a firearm for self-defense.”