Keep your eye on these 10 TV actors 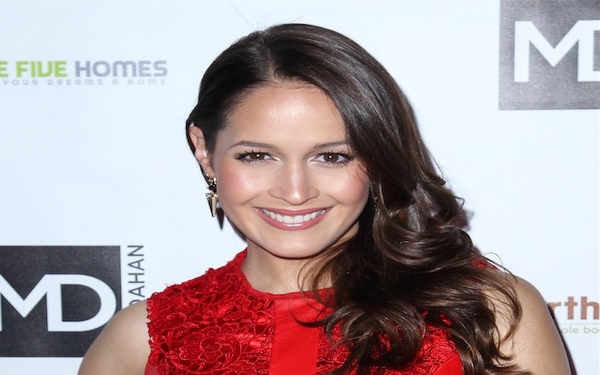 Every new TV season brings a mix of veteran actors and new faces to network television shows. Some of the new faces will never be seen again on TV after their series ends. Others will survive and thrive. This is my 18th season of singling out 10 actors to watch on new TV shows.

Some of my past predictions have been on target, such as the 2007 selection of Jim Parsons on “The Big Bang Theory.” Keri Russell, Kevin James, Jeremy Piven and Sean Hayes were on my first list.

It was an easy call last year to single out Gina Rodriguez as the year’s hottest new star. She’s the main reason the CW series “Jane the Virgin” was an immediate hit. There hasn’t been an actress on TV with so much on-screen charisma and off-screen charm since Kristen Bell made the list 11 years ago for her work on “Veronica Mars.”

The honor for hottest new rising star this year goes to Melissa Benoist, who slips on a cape to star in the new CBS series “Supergirl.” The actress did appear on ‘Glee,” a blip of a role compared to being at the center of a comic book-inspired series.

Benoist made a huge impression on the “Supergirl” producers — she was the first actor they auditioned for the role.

Although Benoist was never a big comic book reader, she knew immediately how to play the character.

“I just knew automatically that she’s such a beacon of hope, and I knew that her bravery and strength was so intrinsic and important to who she is and that I really needed to feel in myself in order to play that,” Benoist says.

No matter what happens with the series, Benoist’s career is headed up, up and away.

Here’s this year’s list of other top new network talent.

Bloom is an actress, writer and comedian who is best known for her online music videos, including “(expletive deleted) Me, Ray Bradbury.”

On filming music videos for the comedy: “I grew up in Southern California always feeling like this weird theater kid, and so the fact that we got to do an old-fashioned musical number in an outdoor mall in Southern California, that just felt so much like my childhood, it was very therapeutic. I fired my psychiatrist, no longer need him. And the other great thing is because I’m a SoCal kid, I love amusement parks and roller coasters. So I got to not only, like, sing and dance in a song that I wrote in a beautiful dress, but also, I got to ride my own personal pretzel roller coaster.”

Harry Ford as Angus Leighton, “Code Black,” CBS: He’s one of a group of first-year residents thrown into one of the busiest emergency rooms in the country.

This is the first TV series for the Tennessee native. The majority of his credits are for work done on stage.

Gabriel Luna as Paco Contreras, “Wicked City,” ABC: He’s a detective in 1982 who is trying to fit in after being transferred to the unit tracking the Sunset Strip Killer.

Luna has been on the cable TV series “Matador” and guest starred on “Touch.”

What he likes about the role: “I love ‘The Maltese Falcon’ and ‘Chinatown,’ these classic, noirish detective stories. But ours is wrapped up and is behind this facade of neon light. The way I like to put it is the shadows are what noir is about, and the shadows only get deeper, and they only get darker when you are blinded by the light.”

Jake McLaughlin as Ryan Booth, “Quantico,” ABC: Booth is an ex-Marine dealing with the challenges of Quantico training and a new emotional connection.

The California native has appeared on the TV series “Crash” and in the feature film “Savages.”

Ortiz learned salsa as a hobby, which turned into a career as a professional dancer. Her role on Rosewood” is her first job on television.

Skyler Samuels as Grace Gardner, “Scream Queens,” Fox: Grace’s decision to pledge a sorority could have a deadly ending.

Along with appearing in the Ryan Murphy production “American Horror Story: Freak Show,” she was in the movie “The Duff.”

What Samuels has to say about sororities: “I’m actually in one. And they have been very supportive about me doing a show about murderous sorority girls. I’m a junior in college at the moment.”

Judith Shekoni as Joanne Collins, “Heroes Reborn,” NBC: She and her husband are on a mission to kill anyone with special powers.

The British actor has worked on the TV series “EastEnders” and in the film “The Twilight Saga: Breaking Dawn — Part 2.”

What she says about her character: “I think my character experienced grief with the loss of her son, and I think I’ve definitely experienced that in my life so I was able to draw from that. And I think I just really love characters that are very complex. I think I’m maybe not the person to get if you want someone to go and buy a loaf of bread. But if you want someone to deal with the stages of grief and maybe getting stuck at anger and how does she deal with that and the psychology, then that’s something that I love to do.”

Charity Wakefield as Cassandra King, “The Player,” NBC: She’s the dealer for a high-stakes game where wealthy individuals gamble on the ability of former military operative turned security expert to stop major crimes.

The English actor was in the TV adaptation “Wolf Hall” and filmed a guest-starring role in Bryan Fuller’s Syfy pilot “High Moon.”

What she says about here character: “She absolutely has her own agenda. I know what that agenda is, but I don’t think I can tell you yet. But what’s nice is it’s bread crumbs through the end, and I feel that it’s a show that works on so many levels. It’s a huge adventure, each episode. The game is so thrilling.”

Henry Zebrowski as Quentin Frady, “Heroes Reborn,” NBC: Quentin gets pulled into a battle between those with special powers to survive and those who want to stop them.

Zebrowski is a New York comedian who starred on the short-lived “A to Z.”