Why N.W.A belongs in the Rock Hall 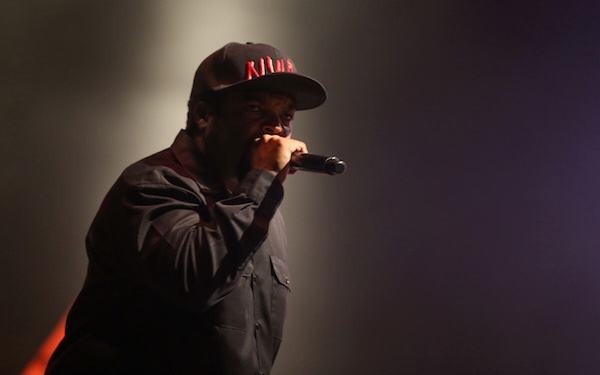 “F — tha Police.” One song. Ten years ago, there would have been a different argument for why N.W.A should be in the Rock and Roll Hall of Fame, and 10 years from now, there could be a better reason.

But this song does a lot of work in a small space. It will make both the voters and brass nervous and complicate relationships between stakeholders. What else do you want out of a song? It’s a lot easier to sell the politics of “Redemption Song” or “Blowin’ in the Wind” if you’re going to make sententious speech in defense of the band you’re welcoming into the building.

“F — tha Police” is, hopefully, going to make things awkward at the next Hall of Fame ceremony. The band should be inducted now because the Hall of Fame can fight its own status as a museum of preserved artifacts and engage the culture as it’s being lived.

“F — tha Police” is a song that came into being because of a popular need with an unpopular profile, a reasonably good definition of rock ‘n’ roll. The Hall of Fame deals mostly with the quieter stage of an artist’s career, when the violence has moved from the present into engravings and Ken Burns documentaries, but N.W.A is very much alive in 2015 and connected to a profoundly American moment of conflict.

We tend to prefer popular culture that embodies conflict at a distance of 50 years or more. In 1933, the Lomax brothers drove to the Louisiana State Penitentiary, best known as Angola. As quoted in Charles Wolfe and Kip Lornell’s “The Life and Legend of Leadbelly,” Alan Lomax said, “We were looking for the genuine oral tradition — not a type of song.” With the help of a warden, the brothers found an inmate named Huddie “Leadbelly” Ledbetter. He sang and played guitar on the spot for the Lomaxes, who recorded his playing with a portable disc cutter. Leadbelly’s songs about cocaine and barroom shootings are now in the Library of Congress, and Leadbelly was a posthumous inductee into the Rock and Roll Hall of Fame.

N.W.A released “F — tha Police” in 1988 and even East Coast rap fans skeptical (or possibly threatened) by a gold rush of West Coast rap knew nobody had said anything like that on a record. The group became famous instantly, releasing records on a label co-owned by one of the band members. (The means of production, in part, were in the hands of the artists, not archivists.) Dr. Dre’s production on their debut album, “Straight Outta Compton,” openly quotes records by Public Enemy, Eric B. & Rakim, Run-DMC and the Beastie Boys. Basic but strong, it was the work of an A student, not yet the sound of someone who could change the course of the culture. (That came in 1993, with Dre’s solo debut, “The Chronic.”)

But “F — tha Police” was more brutal and openly resistant than anything the East Coast had produced. The lineage is fairly clear. Public Enemy’s albums were sermons, political rallies, lectures on white supremacy and police brutality. N.W.A’s members were the faithful who had taken those lessons into the streets. “Bring the Noise” was a call to action; “F — tha Police” was the action itself.

Go to almost any point in the lyrics and the words sound more like the transcript of iPhone footage from last month than lyrics from 27 years ago. In one interlude, two minutes into the song, MC Ren acts out an encounter with a policeman.

Policeman (over megaphone): Pull your … ass over right now.

And Ren ends up going to jail. Whether or not we see the Lomax brothers as historians or exploitative tourists, the idea of genuine oral tradition is valuable.

“F — tha Police” is “not a type of song”; it is a moment of anger captured. And then that moment, rendered as song, turned into prophecy, repeatedly, in the last few years of police brutality documented by citizens with smartphones and quick wits. Public discussion of police procedures and the problems of mass incarceration have been accelerated by this cycle of institutional violence, documentation and legal responses (or lack of).

The popular resistance to this violence in popular song is “F — tha Police,” which emboldened entire generations. There is little so-called protest music with that kind of footprint.

There is nothing simple about inducting N.W.A; the group is as problematic as an act gets. Dr. Dre has a history of domestic violence and the band’s albums are punctuated with misogyny cloaked as comedy. The recent movie about N.W.A, “Straight Outta Compton,” is now the highest-grossing music biopic ever, which might be a reason to celebrate if it wasn’t also an advertisement paid for by the musicians depicted in the movie, which erases all traces of Dre’s repeated instances of brutal physical abuse.

The solution isn’t to wait for the next iteration of social discord, when an admirable band of musicians manages to stir up popular consciousness while maintaining a clean personal narrative.

N.W.A’s members are the people who showed up for history, guilty of the same sins as many of the other men already inducted into the Hall of Fame.

If importance and impact and range are the metrics for artists in the Hall of Fame, N.W.A has to be included.