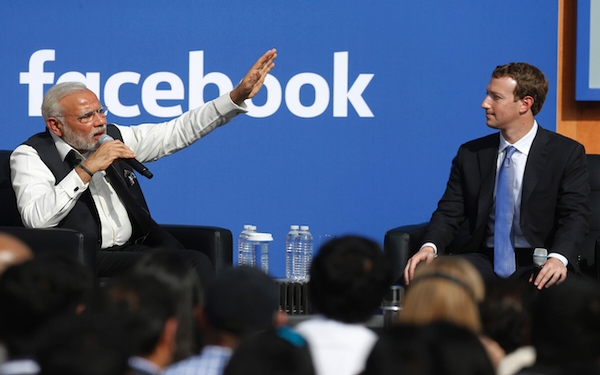 Mark Zuckerberg and Bill Gates have some company. Today, more than 1 in 5 working-age Americans is a college dropout.

Unfortunately, most dropouts aren’t tech billionaires. Many are nontraditional students who leave school not because of academic concerns, but because of issues specific to their stage of life: a sick family member, a job loss, a lack of family support or just the pure shock of returning to school after a long hiatus.

Colleges must do more to reverse this trend. After all, they bear at least some responsibility for the fact that 20 percent of their students walk away.

Schools can drive down the dropout rate — and get more students to graduate — by investing in staffing support and resources for high-risk students.

The United States has the highest college dropout rate of any industrialized nation. Almost half the students who enroll in postsecondary programs fail to graduate within six years. More than 36 million Americans have already dropped out.

Dropout rates are even worse for nontraditional students — students who commute from off campus, go to school part-time, elect to change careers, or start pursuing a degree later in life. This burgeoning group comprises 75 percent of the college student population.

But even as their enrollment numbers have increased, nontraditional students’ graduation rates have remained low. Nearly 2 in 3 fail to graduate.

Fortunately, some colleges are bucking the dropout trend. By providing targeted institutional support for nontraditional and first-time college students, these schools are graduating more students on time — and preparing them for the workforce.

Consider the efforts of Mercy College in Dobbs Ferry, N.Y. It has implemented a personalized achievement contract that emphasizes helping students who come from low-income backgrounds and are the first in their families to attend college. Each freshman in the program is paired with a professional mentor who offers academic advice and helps with financial aid and career planning. Since its implementation, Mercy’s five-year graduation rate has increased 20 percent.

A coaching service known as InsideTrack has delivered similar results. It provides students with personal coaches who regularly contact students to discuss classes, map out academic goals and suggest appropriate institutional resources. In a randomized study, InsideTrack coached more than 8,000 first-year students at eight institutions of higher learning. These students were almost 9 percent more likely to stay in school after their first year than non-coached students.

The effects of the program persisted even after the yearlong coaching period had ended. Coached students were 13 percent more likely to graduate than non-coached students.

At Chamberlain College of Nursing, we’ve developed a philosophy of education called Chamberlain Care, which focuses on taking extraordinary care of students and providing robust resources to help them succeed.

A recent Gallup poll revealed that a primary factor in success in school and the workplace was having a faculty member who “cared about them as a person.” Yet only 22 percent of those surveyed reported receiving such support in college.

Through Chamberlain Care, students have access to success seminars and content-specific tutoring that teach communication, relationship-building, and emotional-intelligence skills. Students are also engaged in experiential learning through simulated hospital environments and clinical work.

Since the initiative was implemented two years ago, student academic performance has surged. In one key course, the number of students who passed increased from 71 percent to 92 percent. More students are also graduating and passing the national nursing licensing exam.

Perhaps more importantly, the program has proved invaluable for high-risk students who have failed at or withdrawn from other nursing schools. Since its inception, 230 such students have enrolled at Chamberlain’s Addison, Ill., campus. Of that group, more than 90 percent graduated. Ninety-four percent passed the national nurse licensing exam on their first attempt — a rate roughly 10 percentage points higher than the national average.

The evidence is clear: Programs that provide motivation and academic support through a caring approach can and do help nontraditional and at-risk students graduate. Now colleges need to start implementing them.

The vast majority of would-be dropouts aren’t trying to be the next Steve Jobs. They’re trying to earn a degree to secure a brighter future for themselves and their families. For their sake — and for that of our economy — colleges must do more to get them to graduation.

Susan Groenwald is national president of Chamberlain College of Nursing. She wrote this for The Philadelphia Inquirer.